Why the Search for Stock Market "Catalysts" is Futile

Stay informed. Stay prepared. See what we see ahead for U.S. markets -- now, via this risk-free offer to the Financial Forecast Service.

A financial reporter's natural default is to seek a "cause and effect" to explain the stock market's action on a given day.

But if there's an obvious logical connection between the Aug. 5 jobs report and the trading session's rally, how does one explain this May 6 USA Today headline?

Stocks end the week with rally despite jobs miss

Well, the only explanation is that the market's behavior is not logical. If investors always reacted rationally to the news, the stock market would have sank instead of rallied on May 6. As a classic Elliott Wave Theorist put it: "Non-rational pricing is the norm."

Our studies show that stock market prices are governed by investor psychology, and they unfold in repetitive patterns. This is the essence of the Wave Principle, which forecast the current rally well before the Aug. 5 jobs report.

This chart and commentary is from our September 2015 Theorist: 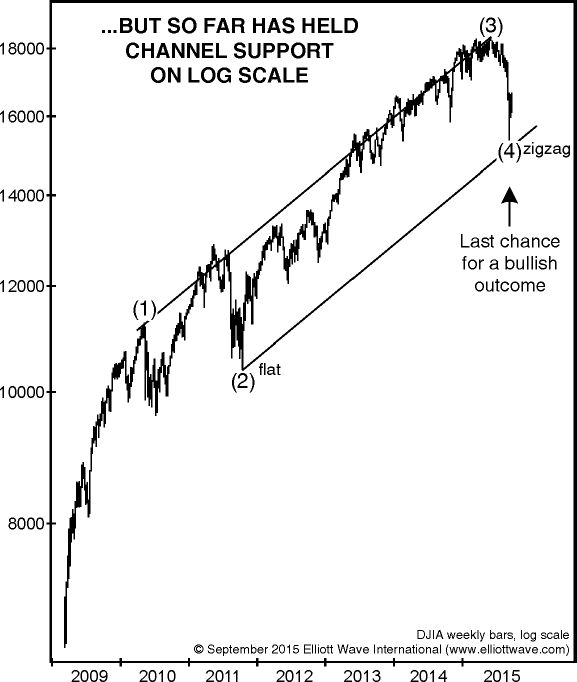 The plunge in the major averages in August broke most key trendlines. But a crucial one remains: the lower line of the Elliott wave channel on log scale for the advance in the DJIA beginning in March 2009. This channel is formed by connecting the orthodox peaks of waves (1) and (3) and drawing a parallel line of support beginning at the low of wave (2). As you can see [on the chart], the Dow stopped just above that line. … As long as the Dow stays above the August low, a new all-time high remains an option.

It's true the markets can have relatively brief emotional reactions to such events as the World Trade Center terrorist attack on 9/11. But, even in this historic instance, the market quickly reverted back to its already-established pattern.

Review this chart and commentary from the February 2010 Theorist: 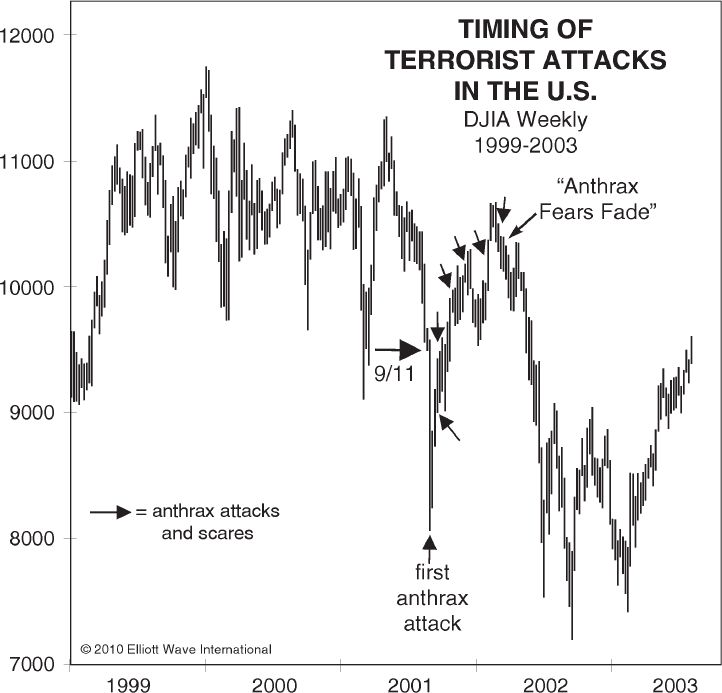 The 9/11 attack occurred more than halfway through a dramatic price decline and only six trading days from its end. Afterward, despite deep concerns that more such attacks were in the works, the stock market rallied for six months. The first anthrax attack occurred on the very day of the low for the year, and the attacks, deaths and scares continued throughout the strongest rally on the entire graph.

Instead of looking for market "catalysts," we suggest you consult the Wave Principle, and see just how close the market is to a historic juncture.

Learn This Little-Known Insight About Stock Prices and Earnings