Emerging Markets: How to Find Your Way (Focus: India's Sensex)

Have you ever tried being objective during a highly emotional market? Put differently, do you remember yourself fighting the urge to buy a house at the peak of the housing mania back in 2006?

Or, remember how hard it was to resist selling your stocks in late 2008-early 2009, when the Dow had fallen below 7000 and the future seemed totally hopeless?

For most investors, it's not easy to fight the urge to follow the crowd. So instead, they join in -- usually, at the worst possible time.

But the beauty of the Elliott wave model is that it can help you anticipate trend changes, even when the pull of the crowd seems irresistible. 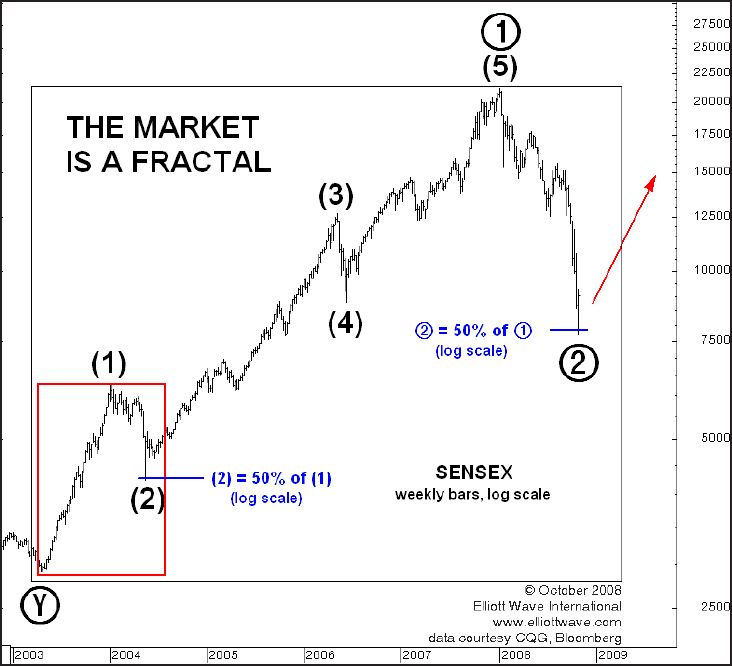 The [Elliott] Wave Principle teaches that the stock market is a self-similar fractal. That means that some pieces of its price record resemble other pieces elsewhere in that record.

The weekly chart of India's SENSEX shows just such an example. Notice how the up-down sequence labeled Intermediate waves (1) and (2) (in the small red box) is a microcosm of the larger up-down sequence from the 2003 low to the present (i.e., waves 1 and 2, in the large black box). In both cases, the wave-two correction retraced approximately [a Fibonacci] 50% of the wave-one advance.

If we have identified this "nested fractal" relationship correctly, it means that Indian stocks are about to begin Primary wave 3 of the bull market that began in 2003.

Indeed, the Sensex soon started a northward climb... but then began a retreat, about two months later. To many bullish investors without the road map of Elliott wave analysis, it looked like the return of the old bearish trend.

But we told subscribers not to panic, because Indian stocks stayed above the wave 2 (circle) low, keeping the bullish forecast well on track.

As long as prices do not fall back below the low of today's breakout bar, we will assume that the 2003-2008 bull market will continue to provide a road map to the future of India's stock market.

Fast forward to today, after nine years of the bull market in Indian stocks. 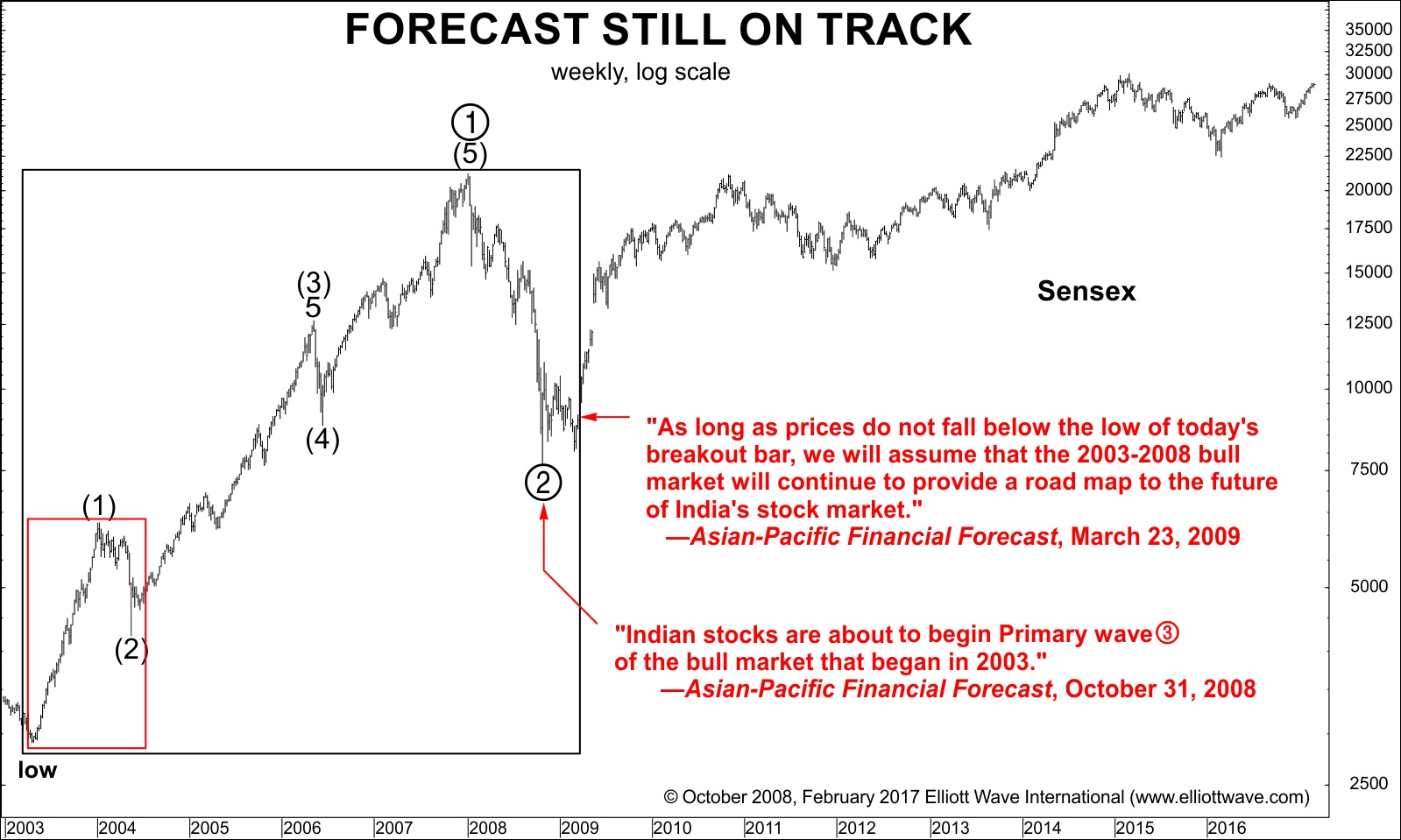 You'll see that Mark's Sensex forecast from almost nine years ago has stayed on track, as Indian stocks since then have almost tripled.

Today, Mark Galasiewski continues to apply the Elliott wave model to Indian stocks and other Asian-Pacific markets, both developed and emerging ones.

And just like back in 2008, what Mark is telling his subscribers right now should be of high interest to every investor who wants to pounce on a global opportunity, wherever it presents itself. 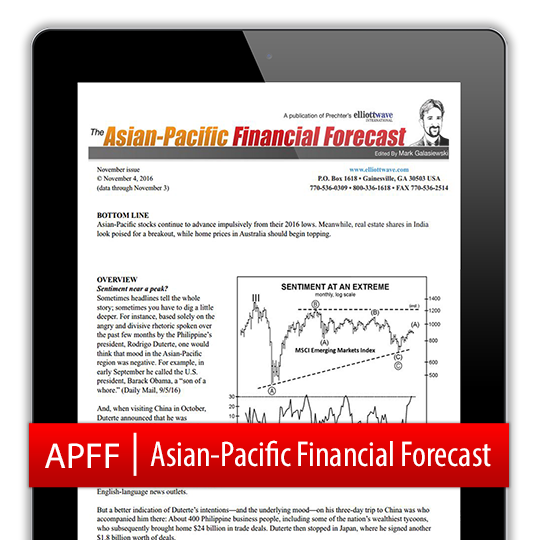