A New, Scary Chapter in the Age-Old Story of Stock Market Leverage (A.K.A. "Debt")

NYSE margin debt levels reached records in the milestone market years of 2000 and 2007. But wait until you see what that level is now. Plus, find out how hedge funds are making matters even more precarious.

A key way to gauge investors' commitment to a bull market is to review NYSE margin debt data.

That's what our Elliott Wave Financial Forecast did in February 2000 by showing this chart and saying: 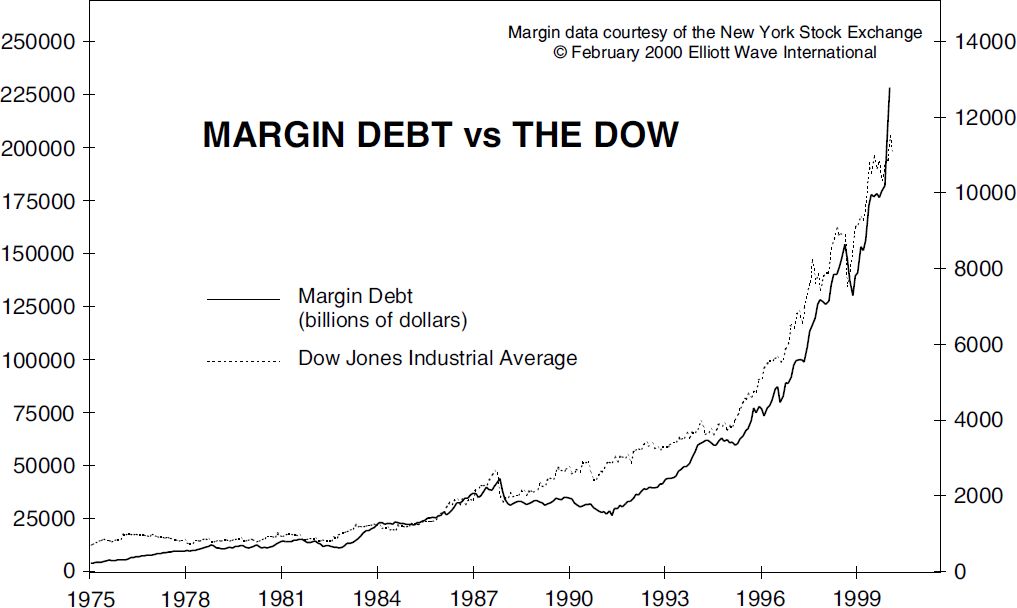 The chart shows the record high in margin debt against the long rise in stock prices. Notice that the recent blast to $228 billion in December represents an increase of 62%, or about three times the Dow's growth over the same span. In the last nine months, moreover, a 32% increase in margin has been accompanied by no net gain in the Dow. Even a slowdown in the rise in margin debt should lead to falling stock prices.

The just-published May Elliott Wave Financial Forecast shows our subscribers this chart and says: 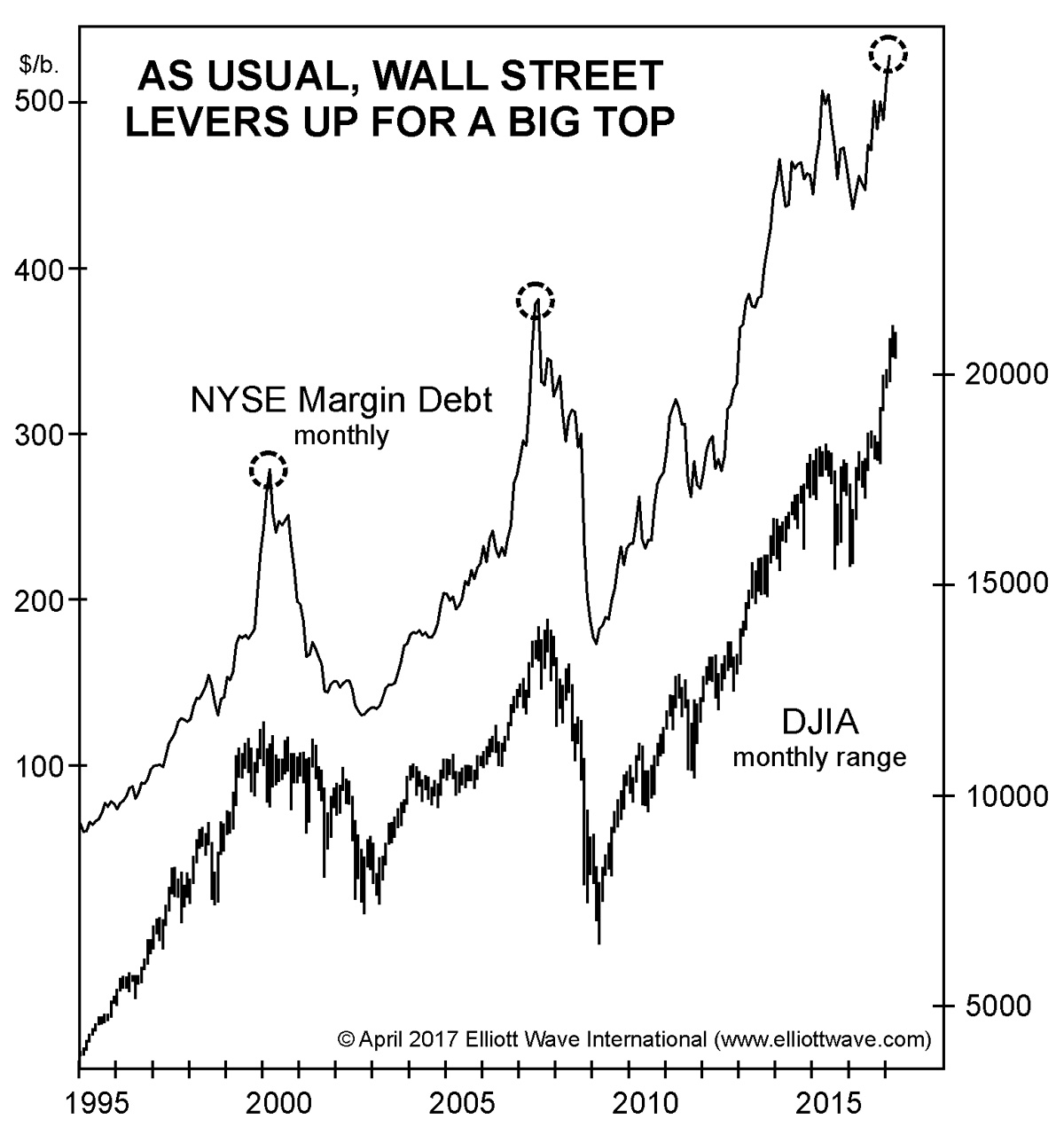 New York Stock Exchange margin debt, which rose to a record $528 billion in February, illustrates clearly the resurgent interest in leverage. The February total is 38.4% higher than the peak reading of July 2007 ... . Total margin debt is actually higher than it appears on the chart, because many hedge funds skirt the Regulation T provision limiting the amount of credit that investors can borrow to 50% of the purchased asset's value. ... Leverage up to 100-to-1 is now possible.

The new Financial Forecast goes on to say that, as of February, the average leverage for all hedge funds was 222% of total investment capital.

Of course, when the next significant market downturn arrives, excessive leverage will compound the decline.

The new Financial Forecast also shows subscribers the likely future path the stock market will take before that moment arrives.