War! Good or Bad for Stocks?

Tensions have been rising between Iran and the U.S. In response, the Washington Post reported on May 6 that "a U.S. aircraft carrier and Air Force bombers were being deployed to the Persian Gulf region." If a military conflict arose, would this send U.S. stocks spiraling downward? Let's explore the question of whether war jars the stock market's trend.

War at the best, is terrible...

How true. Yet, shifting to the financial arena, what can stock market investors expect during times of war? Is war also "terrible" for market participants?

Some market observers believe so and argue that war diverts resources from productive enterprise. Others posit that war is good for stocks and the economy because the government forks over big money to companies to produce war materials.

So, who has the winning argument?

Well, among many countries in the world, the U.S. has been fortunate to have not had an international military conflict on its soil in the 20th century. If it did, the outcome for the U.S. economy and stock market may have been different. But as it stands, we looked at the path of U.S. stock prices during World War I, World War II, the Korean War and the Vietnam War to see if we could find any consistent correlations.

These four charts from Robert Prechter's 2017 book, The Socionomic Theory of Finance, show you what our research revealed (comments from the book are below): 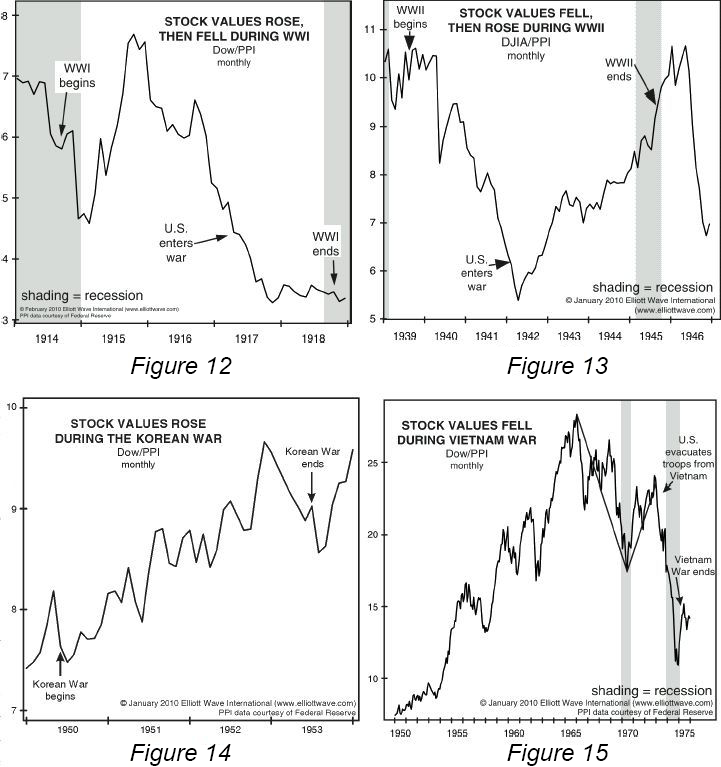 In other words, we found no consistent correlation between the performance of the stock market and war.

But, how about during times of peace? We checked that out too.

Here are two more charts from The Socionomic Theory of Finance, along with the commentary: 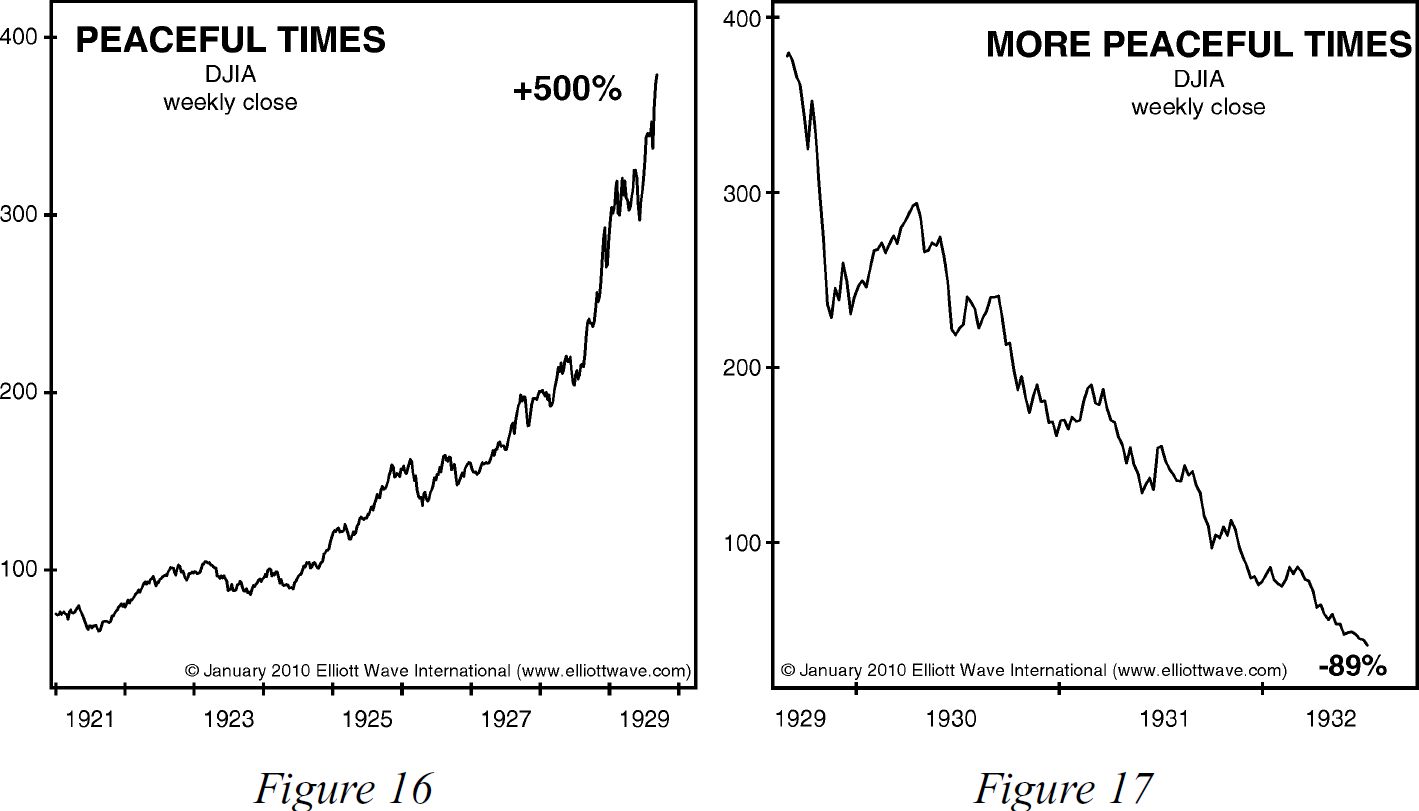 Figure 16 provides an example from the 1920s in which stock prices seemingly benefited from peaceful times. The Dow rose over 500% in just eight years as peace mostly reigned around the globe.

Figure 17, however, shows that in the three years immediately thereafter, peace likewise mostly reigned around the globe yet stock prices fell more than they had risen in the preceding eight years!

So, despite assumptions to the contrary, the evidence shows that there's no consistent relationship between U.S. stock prices and peace -- or war.

There are other widespread beliefs about the stock market that are simply not supported by the evidence.

Learn about them in the free report, "Market Myths Exposed."