On August 15, 1971 President Richard Nixon delivered a prime-time address to the country. His topic was the economy -- and his headline remark was this:

The public had been increasingly unhappy with the rising rate of inflation, which at the time had reached a whopping... five percent. Yet, one other piece of news which Nixon also announced had a much longer-term effect:

"Suspend the convertibility of the dollar into gold or other reserve assets." What this decision did was de-couple the dollar's value from gold. Throughout U.S. history until then, the U.S. currency had been on a gold standard. And yes, Nixon did use the word "temporarily" -- but the fact is, August 1971 saw the practical end of the gold standard.

By January 1975 most world currencies traded on a floating exchange and gold bullion started trading freely.

Which brings us to... today. Gold has traded freely for six full decades.

This quarterly chart shows the trend across the period, which has unfolded in clear Elliott Waves -- this first major rally is a clear one two three four and five. 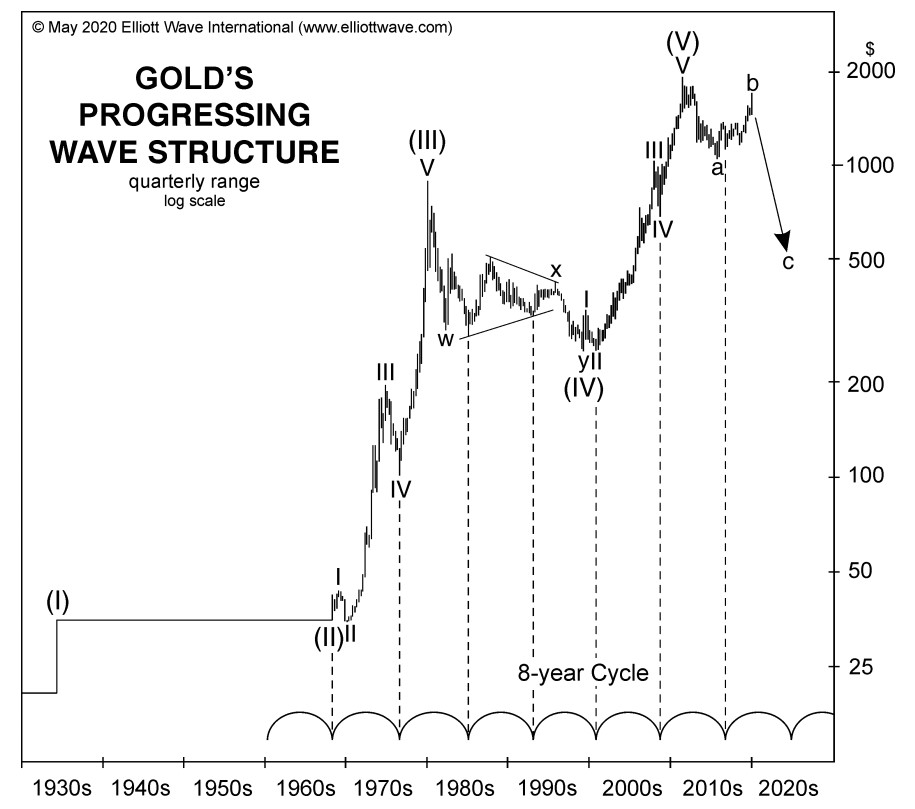 Yet here's another clearly visible element on this chart, namely an eight year cycle. It's true that cycles are not forever, but you can't miss how these cycle lows consistently correspond to gold's price lows along the way.

So, if that's the history, what's the lesson?

Well, gold's reputation has long been as a "safe haven." But as the global pandemic has infected more than four million people (and counting) this year and crippled the world economy, you would expect to have seen the price of gold rising... yet as we see in this daily chart of gold since January, it isn't much of a 'bullish' trend. In fact, mid-March saw an 11-year low in gold. 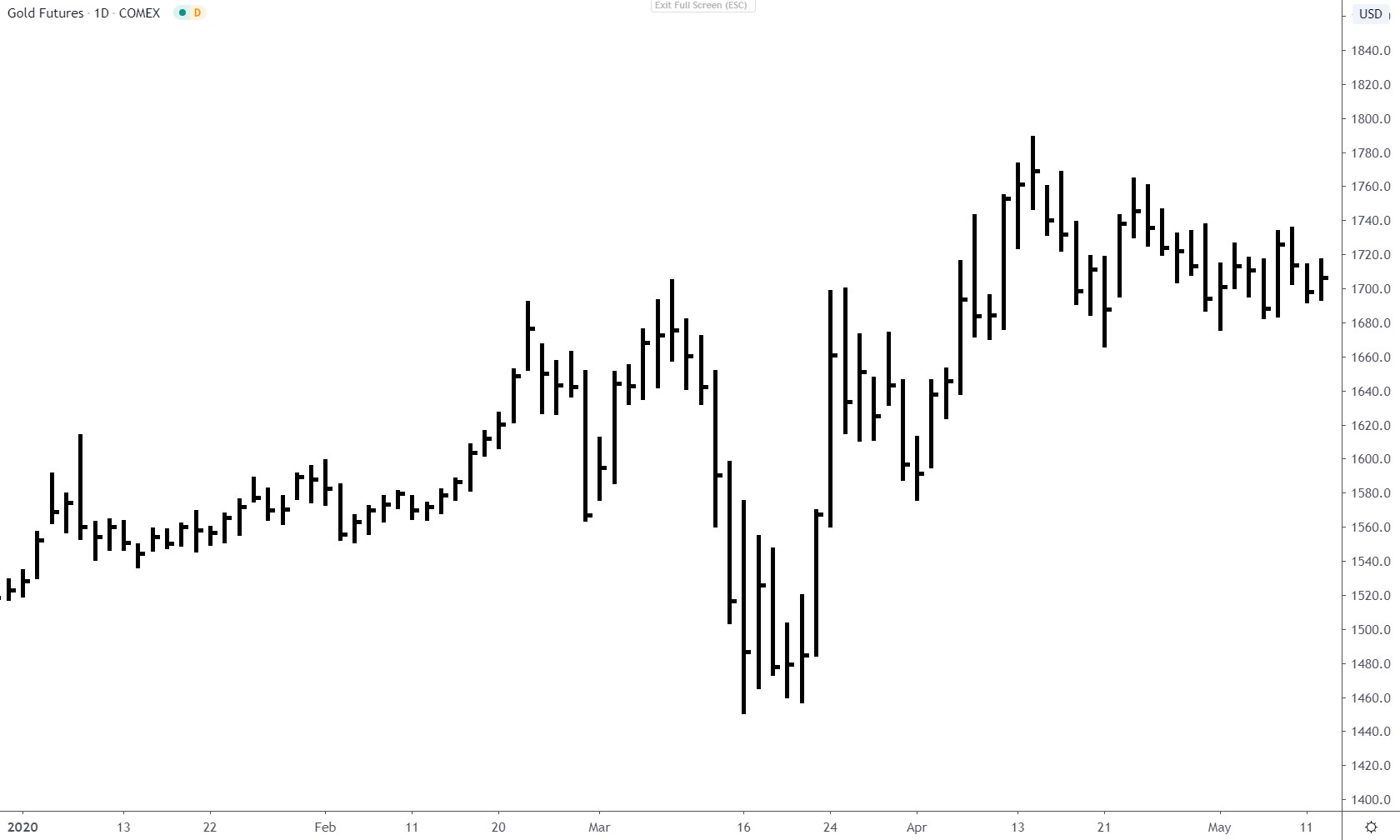 Even so, gold bulls are adamant. Why? And, why has gold not seen the sort of rally you'd expect from a safe haven?

The May 2000 issue of the Elliott Wave Financial Forecast answers that question, in our commentary and the complete, labeled version of this chart. For subscription information, see the fast steps below.

(not what everyone already sees)

You've just seen a gold chart that is indeed unique: The wave patterns and cycle analysis simply are not available elsewhere. with information you watched say it all. As the next major price move in gold approaches, our subscribers will be READY.

Yes, that sounds like a big claim. Even so, you can be ready for the next major move. For information about the Financial Forecast Service, please see the information below.