“Governments feel rich and are spending like drunken sailors”

Extremely elevated financial optimism is being expressed in multiple ways.

In some ways, the behavior of investors is unprecedented -- which is saying a lot given the financial extremes of past bull markets. 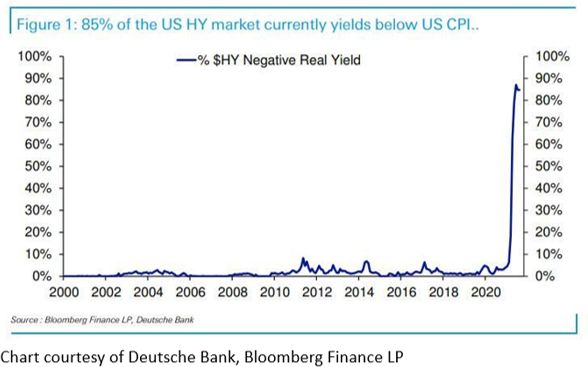 As we continue to demonstrate, stocks, property, cryptocurrencies and digital art are not the only overvalued markets. Bonds are no less crazily priced. The chart reveals that fully 85% of all junk bonds yield less than the annualized percentage change in the Consumer Price Index. How is that for blind optimism?

Even so, an Oct. 18 Fortune article says:

In the next 15 months--through the end of 2022--Goldman Sachs is forecasting U.S. home prices will soar another 16%.

And, who would have ever imagined a few short years ago that digital images would sell for millions?

Of course, "NFT" stands for non-fungible token -- a unique digital asset. The current craze in that space is around digital artwork.

The October Elliott Wave Theorist mentions several more expressions of a positive social mood. Here are just a portion of them:

Governments feel rich and are spending like drunken sailors; central bankers are confident and unworried, and they have been characterized as heroes; the world economy is producing more tax revenue than ever, despite government efforts to kill productivity; and there are no wars anywhere on the entire planet.

The October Theorist concludes with a hint of what to expect over the next three years.

The Elliott Wave Theorist is part of our flagship investor package, which you can access by following the link below.

EWI's analysts set price targets for stocks, bonds, gold, silver, the U.S. dollar and more... in accord with the Elliott wave model.

Learn the price targets our Elliott wave experts have set for key U.S. financial markets -- and why -- by following the link below. 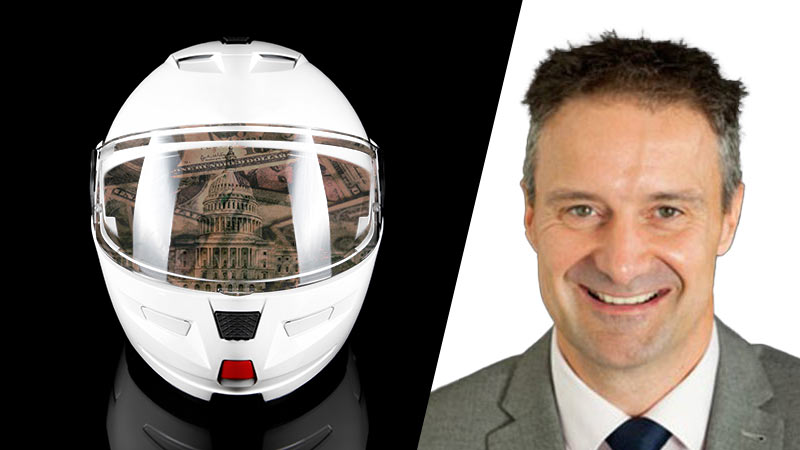