When a war breaks out, financial commentators often ask, "What does the war mean for the trend of the stock market?" But no one asks ahead of time, "What does the trend of the stock market mean for the prospects of war?" No one, that is, aside from the analysts at Elliott Wave International, who have used trends in Russia's stock market to predict the country's invasions of Georgia in 2008, Crimea in 2014 and now Ukraine in 2022.

Excerpts of the firm's commentary leading up to Russia's most recent invasion can be found at this link. (Free signup required.)

And unlike stock markets in the U.S., which have mostly gone higher over the past 15 years, Russia's primary stock index, the RTSI, has gone mostly lower over that time and still trades below its 2008 high. That long-term bear market in Russian stocks has coincided with a resurgence in the country's military aggression.

Six months before Russia's bear market began, Elliott Wave International issued a report that forecasted a major top in the RTSI and an end to Russia's amiable international relations. It pinpointed the countries Georgia and Ukraine among the most likely locales for conflict.

Six months later, the RTSI started a plunge that erased more than 50% of its value. About a third of the way into that steep drop, Russia invaded Georgia. 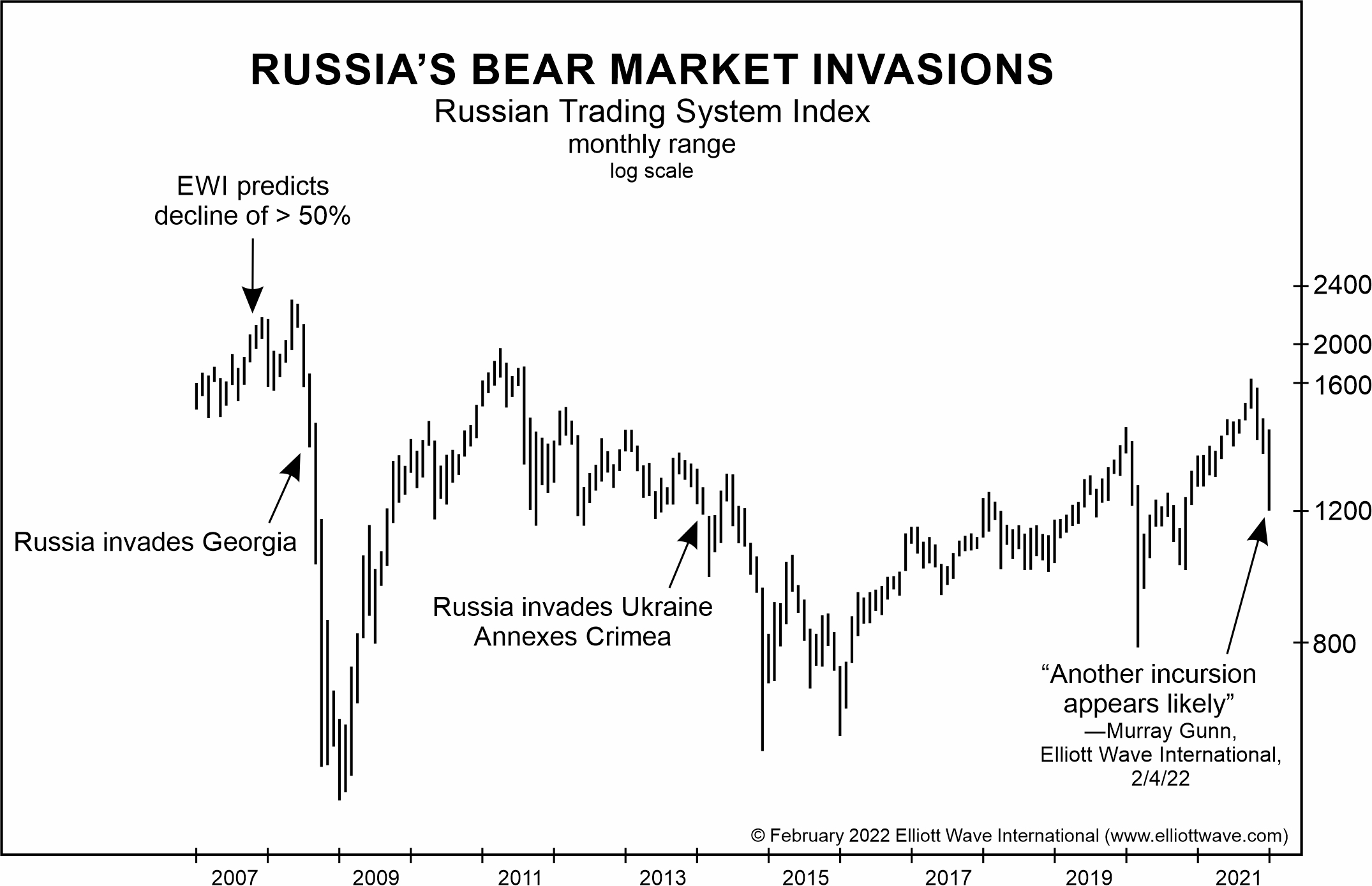 Fast-forward once more to February 4, 2022. The RTSI had plummeted from its October 2021 high, and Russia had gathered troops on its border with Ukraine. Vladimir Putin claimed that he had no plan to invade. But Gunn told EWI's subscribers that with the decisive move down in Russia's stock market, "we take those statements with a bucket-full of salt," concluding "another incursion appears likely."

And invade Russia did. Putin warned "those who would be tempted to intervene" that "Russia will respond immediately and you will have consequences that you never have had before in your history."

Gunn explains, "Given the long-term bear market in Russian stocks, it's a warning not to be taken lightly."

Further commentary from Elliott Wave International regarding the conflict in Ukraine can be found at this link.