“The tidal wave of risk assumption … may be turning”

Many investors allocate a percentage of their portfolios to bonds to cushion against a drop in the stock market.

However, this hasn't worked out recently. Here's a Yahoo! Finance headline (Sept. 6):

The mix of 60% stocks and 40% bonds was down 19.4% from the start of the year through the end of August, according to Bank of America Global Research.

Specifically, the S&P 500 declined more than 16% through that period with long-term Treasuries sinking more than 20%. Investment grade corporate bonds were down 13%.

Investors who thought bonds would provide a degree of financial "safety" may not have been aware of Elliott Wave International's forecasts.

Indeed, back in March 2020, our Global Market Perspective showed this graph of yields on global bonds, 10-year U.S. Treasury notes and U.S. general obligation municipal bonds (commentary below the graph): 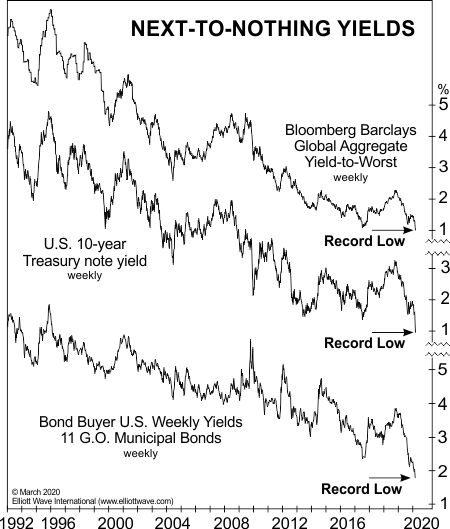 According to 150 years' worth of data... this is the first time that 10-year Treasury note yields have dropped below 1%. Grand Supercycle-degree tops set Grand Supercycle records. Investor ebullience is the only thing that allows for an embrace of no-yield debt. The tidal wave of risk assumption, however, may be turning.

In other words: Expect the downward trend in yields to turn upward.

In fact, on Sept. 13, yields on 2-year U.S. Treasuries jumped to their highest level since 2007. On the same day, the Dow Industrials registered a 3.94% decline.

Junk [bond] yields should rise while stocks decline... The Wave Principle suggests that the era of space flight for financial assets is over. [emphasis added]

The Dow Industrials hit a top a month later.

Not every forecast based on the Wave Principle works out to a "T," however, the Elliott wave model is the best analytical method of which we know.

See what the Wave Principle suggests is next for major financial markets in the U.S., Europe and the Asian-Pacific by following the link below.

The patterns of investor psychology are endogenously regulated -- which correctly implies that no "outside" event changes these patterns.

Specifically, even major news or events like an election, a terrorist attack, an earthquake, and yes, a pandemic -- do not alter the stock market's internally regulated pattern. Not even a world war.

Sometimes the market appears to reflect outside conditions and events, but at other times it is entirely detached from what most people assume are causal conditions. The reason is that the market has a law of its own. It is not propelled by the external causality to which one becomes accustomed in the everyday experiences of life. The path of prices is not a product of news.

Learn the message of Elliott waves for major stock indexes around the globe by following the link below. 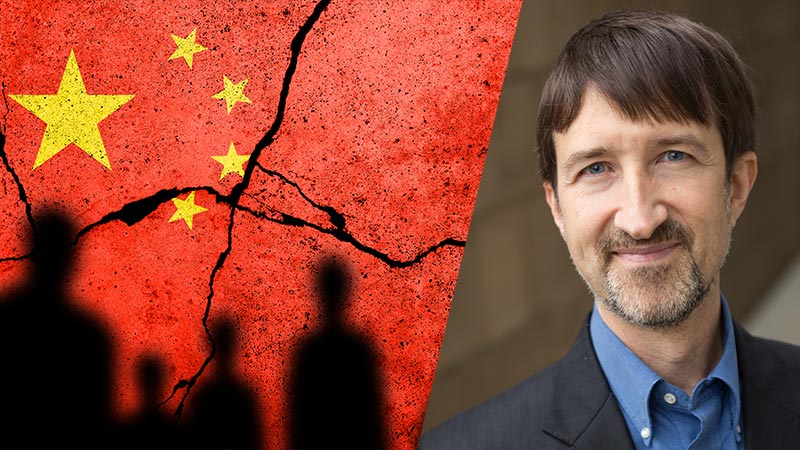