Nikkei Falls to a 4-Month Low: "Fishing" for An Explanation

What's the difference between conventional methods of financial forecasting and Elliott wave analysis?

Great question. The answer, it so happens, has a lot to do with... fishing!?

Hear me out: Many times, conventional market analysis uses news and events such as weather patterns, political uprisings, supply disruptions, economic data, and so on to determine a market's trend.

To paraphrase, it usually goes something like this: Hey, a huge storm blew in over this section of the lake last night, churning the water, so the fish will literally be jumping into your boat. All you gotta do is ride out to that spot, drop anchor, release your baited line, and wait.

The problem occurs when those fish (i.e. prices) don't leap as expected and you're stuck with your anchor moored to the bottom of the lake unable to pursue the next opportunity.

Elliott wave analysis, on the other hand, is like fly-fishing. It forces you to get your feet wet, so to speak, by standing in the "water" of a specific market and feeling out the "current" of investor psychology, which unfolds as Elliott wave patterns on the market's price chart.

To paraphrase this approach, it says: Hey, the tide is likely moving up. Toss your line in the direction. But don't just stand there. Keep your eyes glued to specific spots in the water to gauge whether the trend is, in fact, going that way. If the water moves past those spots, pull in your reel, and reposition for opportunity headed from another direction.

For newbies, these "spots" I speak of are price levels on a chart, which are often derived from Fibonacci ratios between waves and act as follows:

Support price levels: These are below the market's current price action, to maintain a bullish stance. If prices drop below these levels, you know it's time to get out.

Resistance price levels: These are above price action, to maintain a bearish stance. If prices rally above these levels, again it's your "risk."

On March 14, our Stocks Pro Service cast a bullish near-term "line" in the Nikkei, calling for a powerful "third-wave advance toward the 20000's." However, our analysis also identified the critical price level for the bullish outlook to remain in force:

"The 19370 area should then provide support before the next turn higher or it would caution the bullish stance."

On March 21, the Nikkei 225 took out the 19370 support level, effectively shifting the focus to the downside. Our March 21 Stocks Pro Service followed up with this analysis:

"Allow for a five-wave decline in wave 'c' toward 18650 in the Nikkei. Currently, the drop ... may soon lead to a fourth wave pause potentially after price pressures the 18900 area. This road map shows the likely course of trade over the next few days." 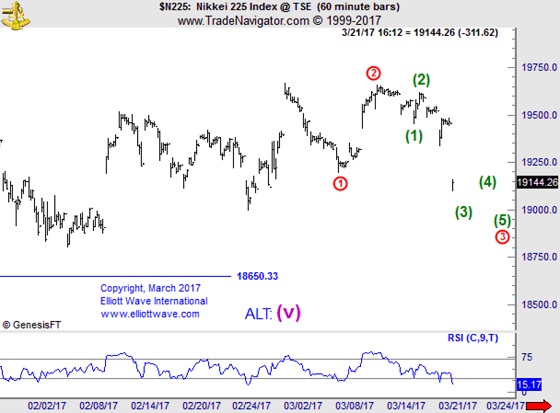 After that objective adjustment, the Nikkei followed its Elliott wave road map nicely: Continuing to drop and then rebounding in a "fourth wave." Then, on March 26, our Stocks Pro Service outlined the market's next major move: a powerful resumption of the downtrend: 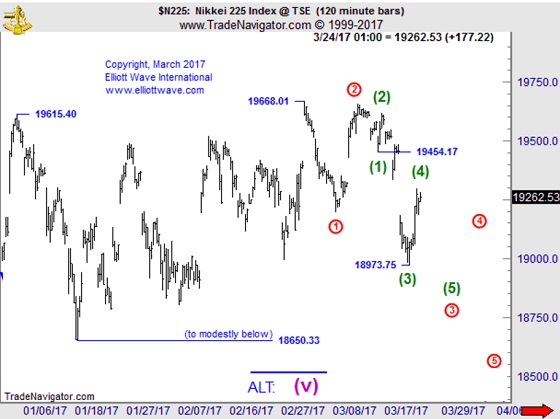 What happened next? The next chart captures the full extent of the Nikkei's selloff to four-month low that followed: 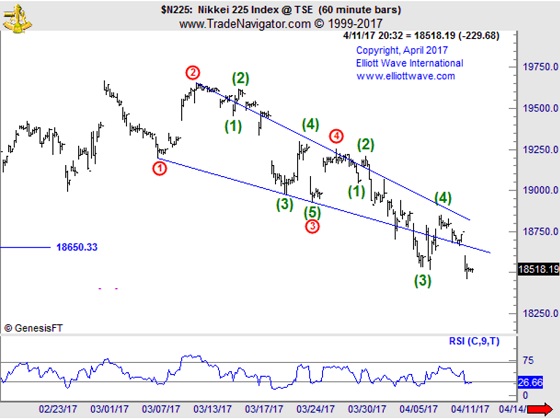 As for the Nikkei's next move -- right now and through April 20, hook your line with the bait of Elliott wave analysis for FREE during our ongoing Pro Services Open House event! 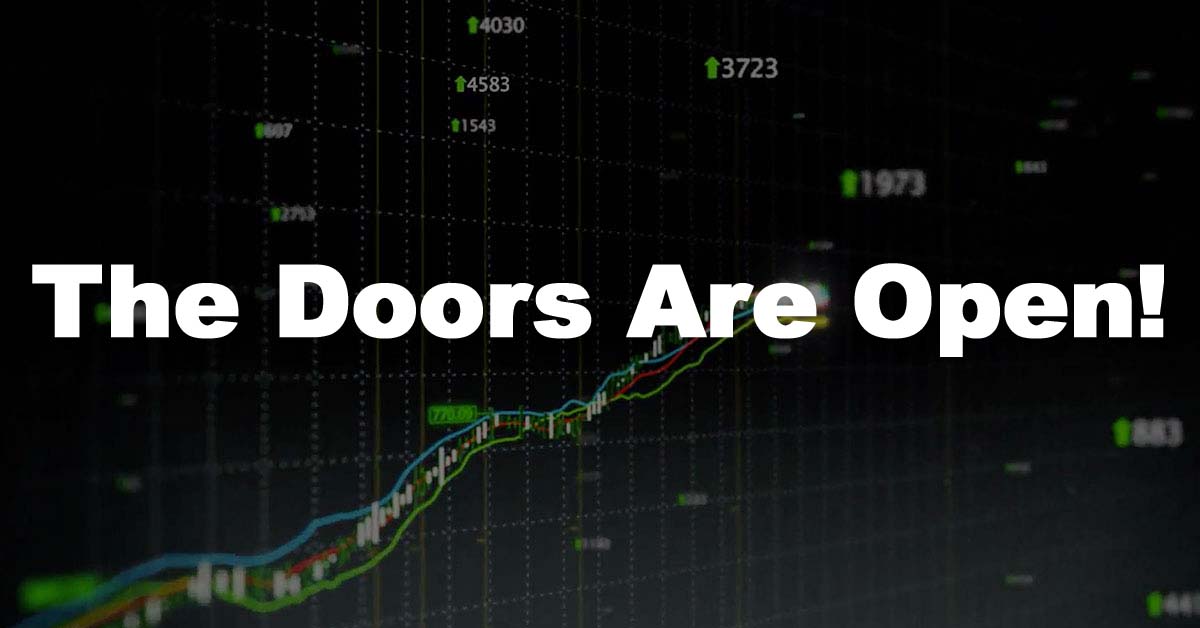 We've opened the doors to our entire line of our trader-focused Pro Services.

During our Open House, you get our most nimble, opportunity-rich, professional-grade forecasts for 50 of the world's top markets -- many 24 hours a day, complete with Elliott-wave charts and analysis to help you time your market moves with precision.

We've opened the doors to our entire line of our trader-focused Pro Services.

During our Open House, you get our most nimble, opportunity-rich, professional-grade forecasts for 50 of the world's top markets -- many 24 hours a day, complete with Elliott-wave charts and analysis to help you time your market moves with precision.