The Key to Predicting Commodity Prices is NOT the Past. So... What Do You Think Is?

Cotton's rally to 11-year highs defied fundamental logic. But it behaved exactly like it should have all the same.

When I was little, my older brother and I would play a watered-down version of Poker; instead of money, we'd gamble with M&Ms, Pop-Tarts, and water pistols.

For an entire year, my brother fleeced me for every candy or toy I had. So, I decided I'd had enough. I started to practice the game in secret, night after night.

Finally, I felt ready to challenge him. He looked at me with this expression of pity and amusement. So confident was he in his inevitable victory that he anted up his entire Halloween stash and complete collection of Garbage Pail Kid cards.

The pot had never been so valuable.

I sheepishly met his wager, and we began to play. If only I had a camera to capture the look of horror on his face, about 10 minutes into the game, when I triumphantly put down a Royal Flush. I would've had it framed and brought out for every family occasion from then into eternity! I'll always have the memory, and that's priceless.

My brother made a rookie mistake: He believed that just because I had lost every single time in the past, I would continue to do so in the future.

This is the same erroneous thinking that is so common in fundamental analysis of financial markets, where future price projections are based on information gathered in the past -- such as, quarter-old earnings data or existing trends. EWI founder Bob Prechter described this backwards-facing forecasting as akin to driving a car using one's rearview mirror.

See, just because a market performed one way in the past doesn't mean it's going to continue do so. Take cotton, for instance. Back in March and April of 2020, during the peak onset of the Covid pandemic, cotton prices circled the drain of a decade low, having experienced one of the largest year-to-date decreases since "the beginning of the century." (March 24 themds.com)

The ramifications of factory shutdowns, retail closures, cratering export sales, and a cease in trade with China were widely expected to be a major bust for cotton demand.

In turn, the first global pandemic since the 1918 Spanish Flu forged the most bearish backdrop of the 21st Century for cotton. These news items from the time take us back:

And, in the words of one March 23 Agripulse:

"You start shuttering retail stores and that affects the manufacturer, which affects mills and then you start to have billions in contracts being canceled...

All of that backs it way up to the farm gate and you see prices down 20% or 30%. It's painting a pretty tough picture [for cotton]."

And yet, despite the barrage of bearish fundamentals painting a "tough picture" for cotton's future... something else transpired: Rather than collapsing, cotton pulled the equivalent of my Royal Flush! Prices hit bottom and over the next two years, more than tripled in value to 11-year highs in May 2022.

Now, what if we look beyond the narrow "rearview" of mainstream finance to that of Elliott wave analysis. Here, market trends are not driven by past "fundamentals," but rather, the current patterns of investor psychology unfolding directly on price charts.

And, at the onset of cotton's bullish reversal, our May 2020 Monthly Commodity Junctures presented a long-view of the commodity, which set the stage for a powerful comeback. There, Commodity Junctures Service editor Jeffrey Kennedy identified the multi-year sell-off from the 2011 peak as nearly complete:

"I think the downside is limited; we're probably 90-95% complete so I'm not looking for significantly lower levels.

"At that point, I think we're going to be looking at potentially a very nice opportunity to the upside as we see cotton prices begin to double over the next few months if not years." 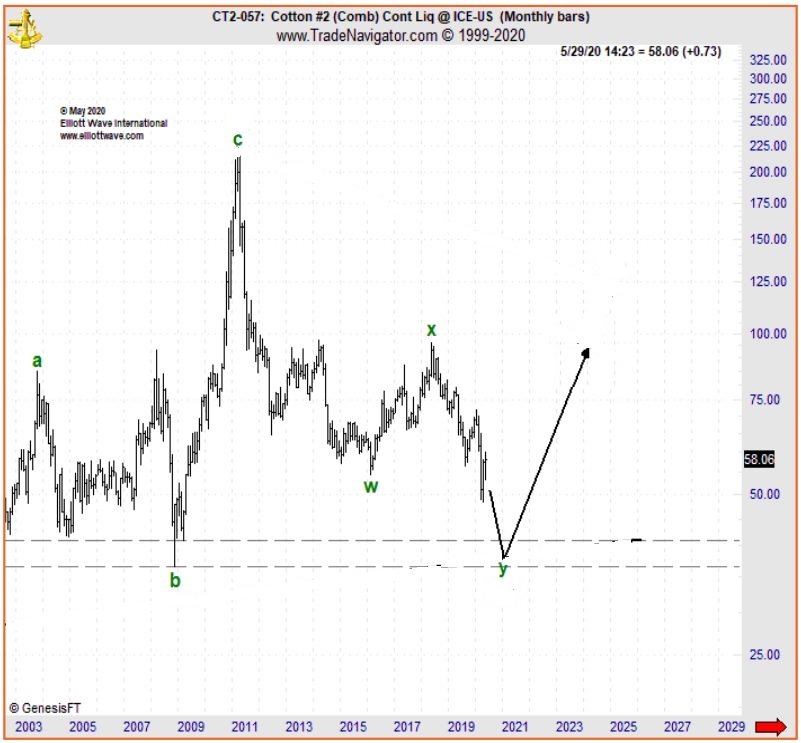 From there, cotton prices proved to have already completed their selloff from 2011 and began to turn up without looking back. In the September 2021 Monthly Commodity Junctures, Jeffrey paved the wave for higher prices with this chart: 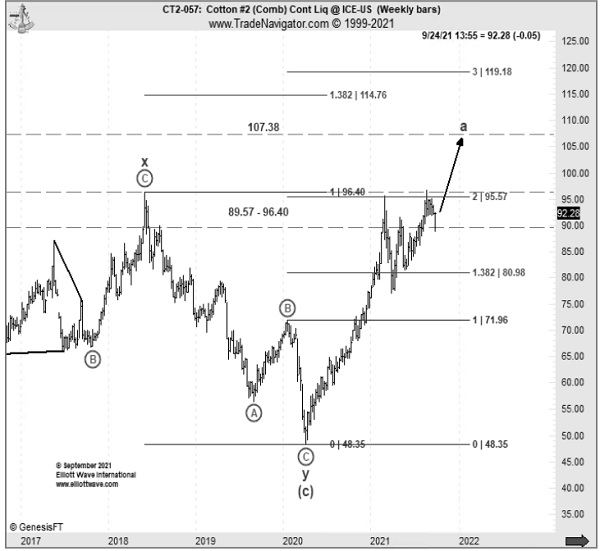 Once again, cotton rallied into 2022. In the April 2022 Monthly Commodity Junctures, this chart suggested the rally in this not-so-soft soft wasn't over. 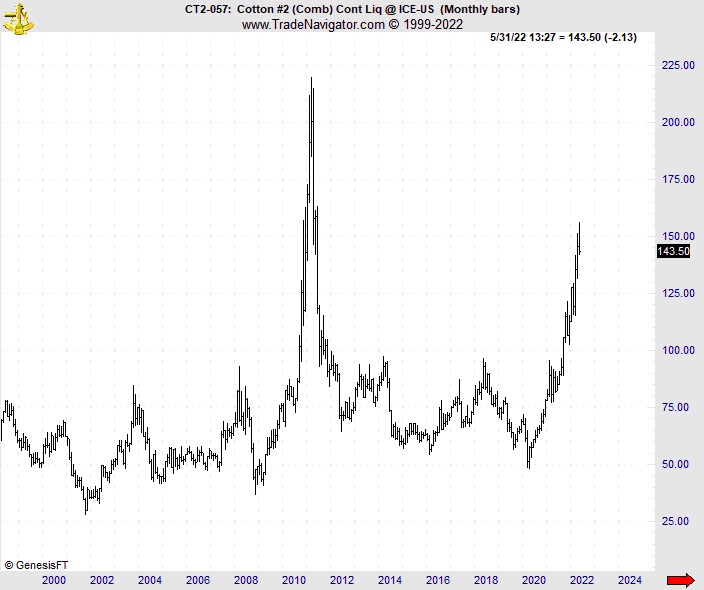 Which brings us to this very interesting May 10, 2022 article:

"According to the USDA, global production is likely to be higher from earlier estimates this season to June, while consumption is predicted to drop and ending stocks are set to rise.

"Cotton prices in the global market have increased to almost a 11-year-high on the Intercontinental Exchange (ICE), but stakeholders in the industry say the rise in natural fibre prices defies fundamentals."

To summarize: Cotton's comeback has defied fundamentals, much like I defied my brother's expectations for me to lose based on my past "pattern" of... well... losing.

But cotton's rally did behave according to its bullish Elliott wave outlook, established in the May 2020 Monthly Commodity Junctures.

Of course, trading in futures carries risks, and not every Elliott wave interpretation works out.

Find out where today's leading commodities could be tomorrow with our complete Commodity Junctures Service.

Where There's an Elliott Wave Pattern, There's a Way to Opportunity

When the mainstream experts announce the "dawning" of a new trend, it often signals the arrival of dusk -- because, by the time the public catches up to a new trend, often it's already been in place for weeks or months.

To catch new trends before they emerge, look to the patterns of investor psychology.

Our Commodity Junctures updates you on the short- and long-term wave outlooks for the major players in softs, food, grains, livestock, energy, and more right now, 16+ major commodities in total.

See below to stay in-the-know. 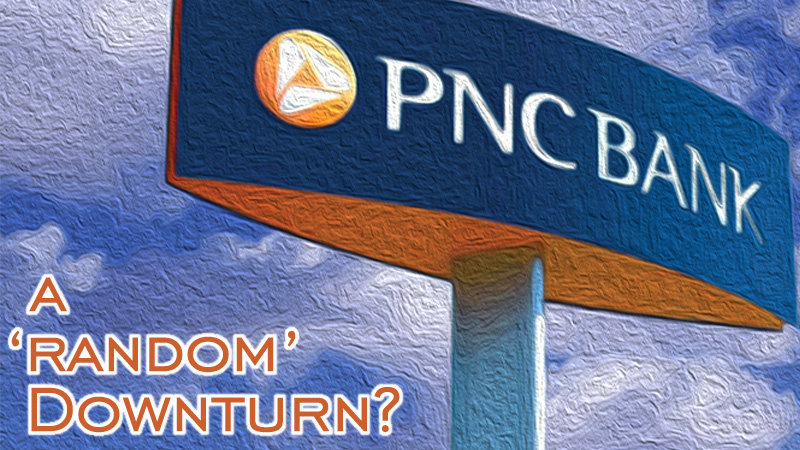 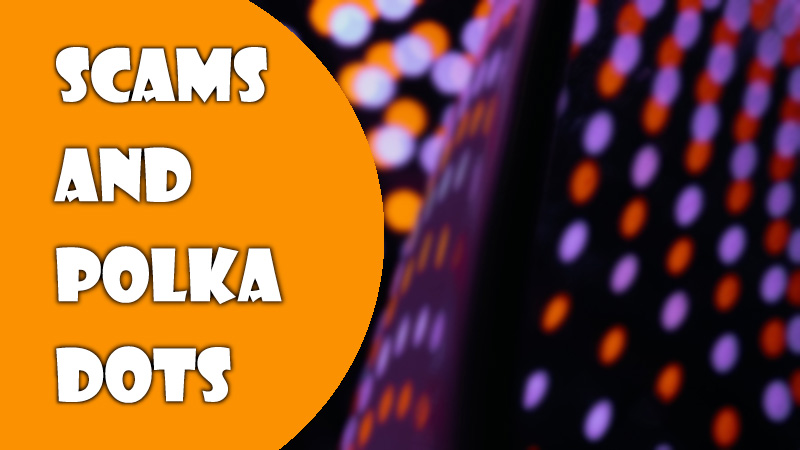 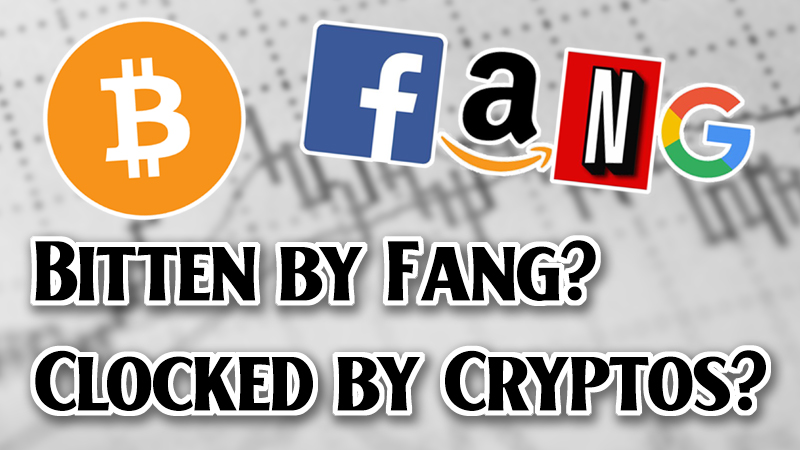