"Real estate agents said many buyers are convinced values will only continue to climb ...."

The housing market is heating up -- again. Signs are appearing that are reminders of the previous housing boom. "Buyers are convinced values will only continue to climb ... ." Is the housing trend near a reversal?

About a decade ago, "ARMs" became a four-letter word. Of course, that acronym stands for "adjustable-rate mortgages," home loans with an interest rate that can fluctuate.

As we know, that whole house of cards came tumbling down when the housing bubble burst some ten years ago.

We warned our subscribers in plenty of time. Our July 2005 Elliott Wave Financial Forecast said:

This time there is no mistaking who the Enrons of the bust phase will be. They will be the firms now pedaling adjustable-rate, no-interest/nothing-down and assorted other types of "sub-prime" mortgages.

Why talk about something that happened a decade ago?

Among the many participants [of the housing crash] whose reputations were ruined, few took more damage than the mortgage brokers who sold adjustable-rate mortgages. ...

But nine years after their fall from grace into near oblivion, ARMs are making a slow, but steady, comeback. [emphasis added]

In the Los Angeles area, a house hunter using an ARM could buy a $400,000 home with just $10,000 down around the height of the housing bubble, according to CBS Money Watch.

This also calls to mind what is happening today (June 21, Los Angeles Times): 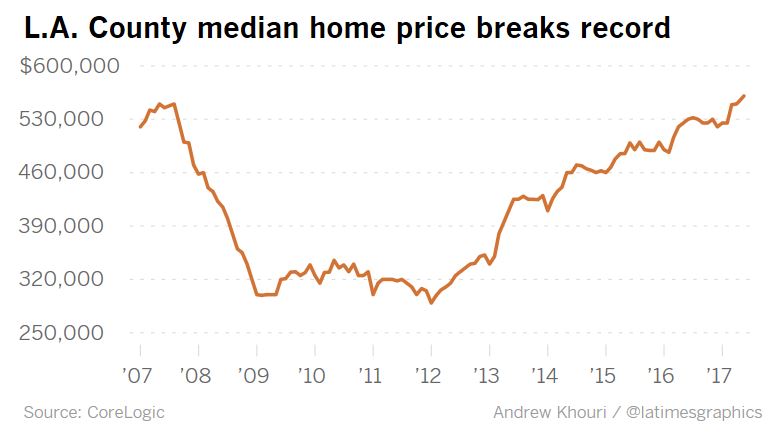 Real estate agents said many buyers are convinced values will only continue to climb for the foreseeable future -- a dynamic causing them to be more aggressive.

[A] $975,000 listing for a three-bedroom in north Redondo Beach was "standing room only" last weekend. "I am finding no let up," said a Los Angeles area real estate agent.

Prices might climb even higher, but be aware that sentiment appears to be approaching another extreme.