On Feb. 6, former Fed Chair Janet Yellen said the U.S. central bank must rely on incoming economic data to determine if its next policy move will be up or down, according to Bloomberg. In other words, the Fed doesn't act, it reacts. So, how does this square with the widespread belief that the central bank controls the economy? We thought it would be a good time to explore that question.

The financial press devotes a lot of attention to the Fed's every policy announcement, even scrutinizing the meaning of a one or two word change from the previous announcement.

Why such an obsession? Because many investors believe the Fed controls the economy and even has a big influence over the trend of the stock (and bond) markets.

But, EWI has long contended that this simply is not the case.

When Robert Prechter's Conquer the Crash first published in 2002, the book noted:

The very idea that it can [control the economy and manipulate the stock market] is false... Chairman Alan Greenspan himself called the idea that the Fed could prevent recessions a "puzzling" notion, chalking up such events to exactly what causes them: "human psychology."

And it's also human psychology which drives interest rates.

Yes, the U.S. central bank does set the fed funds rate, but as you'll see, the Fed's actions follow the rate (or yield) on 3-month Treasury bills, which is set by the psychology of buyers and sellers in an open market.

Take a look at this chart from Robert Prechter's 2017 book, the Socionomic Theory of Finance, with the accompanying commentary below: 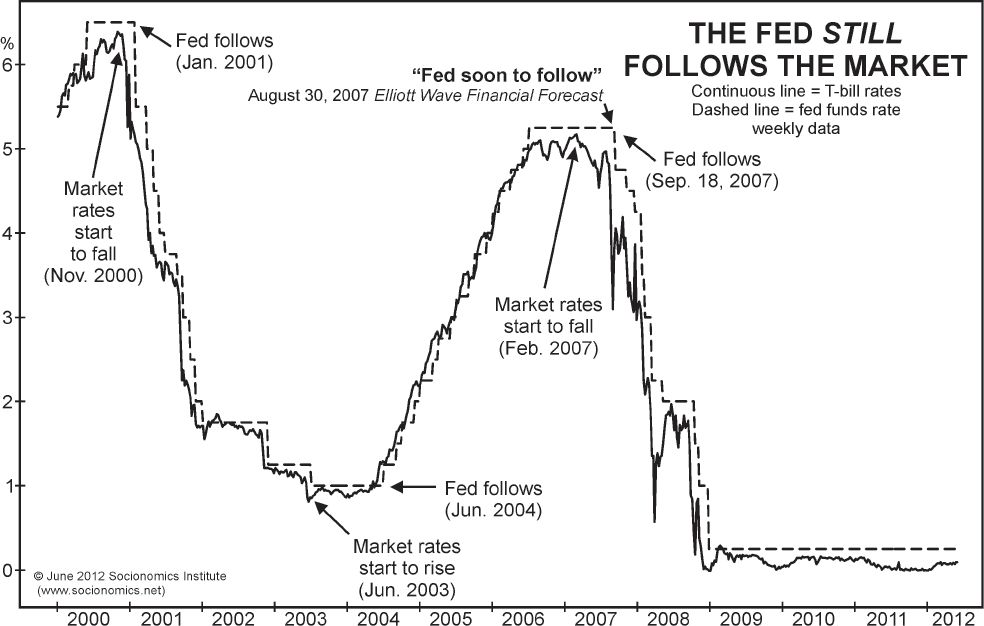 As you can see, the chart shows when the prediction was made and the aftermath.

Financial history shows other times when the market led, and the Fed followed.

But, the evidence shows that the market was leading and the Fed was following -- the whole time.

Here's another chart from the Socionomic Theory of Finance (accompanying commentary below): 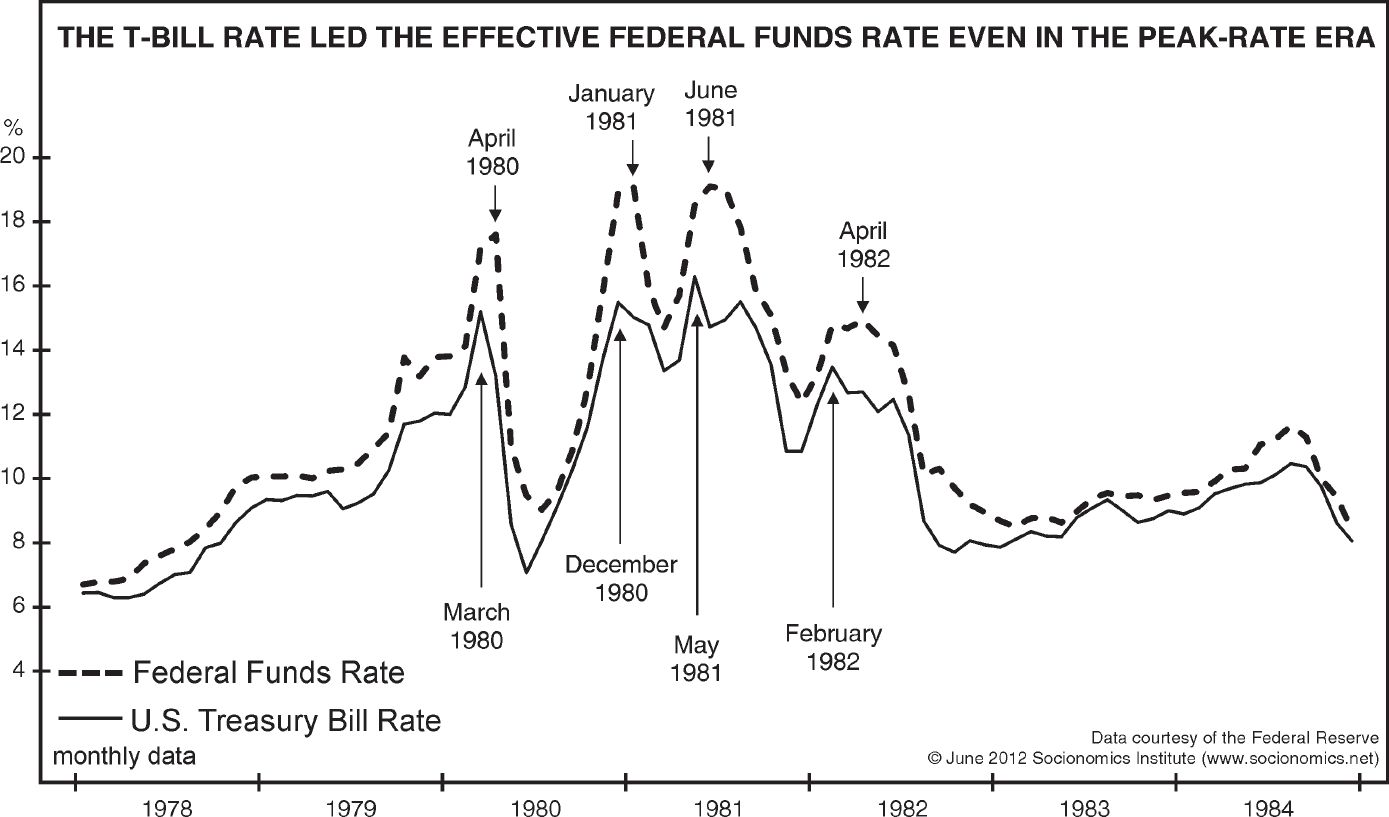 The chart plots T-bill rates and the effective federal funds rate from 1978 to 1984. T-bill rates peaked four times in 1980-1982. Each of those peaks occurred a month or more before subsequent and reactive peaks in the federal funds rate. The Fed's rate also lags at bottoms, as depicted on the chart at the lows of 1980, 1981 and 1982-3.

The Socionomic Theory of Finance goes on to say:

That interest rates were in a relentless upward trend during the entire decade of the 1970s and that they have been stuck at zero since 2008--in both cases despite the Federal Reserve's contrary desires--is powerful evidence reinforcing the point that the Fed is not in control of interest rates.

The widespread belief that the Fed controls interest rates is just one market myth.

You can learn about many others in the free report, "Market Myths Exposed."