Are Wars Bullish or Bearish for Stocks?

The answer is, neither

Myth #6: "Wars are bullish/bearish for stocks."

... If the stock market is not reflecting macroeconomic realities, what else could it possibly be doing? Well, how about political news? Maybe political events trump macroeconomic events.

It is common for economists to offer a forecast for the stock market yet add a caveat to the effect that "If a war shock or terrorist attack occurs, then I would have to modify my outlook."

For such statements to have any validity, there must be a relationship between war, peace and terrorist attacks on the one hand and the stock market on the other. Surely, since economists say these things, we can assume that they must have access to a study showing that such events affect the stock market, right?

The answer is no, for the same reason that they do not check relationships between interest rates, oil prices or the trade balance and the stock market. The causality just seems too sensible to doubt.

Observe in the form of this claim that you have a choice for the outcome of the event. Economists have in fact argued both sides of this one. Some have held that war stimulates the economy, because the government spends money furiously and induces companies to gear up for production of war materials. Makes sense.

Others have argued that war hurts the economy because it diverts resources from productive enterprise, not to mention that is usually ends up destroying cities, factories and capital goods. Hmm; that makes sense, too.

I will not take sides here. We can negate both cases just by looking at a few charts.

Figure 11 shows a time of war when stock values rose, then fell. 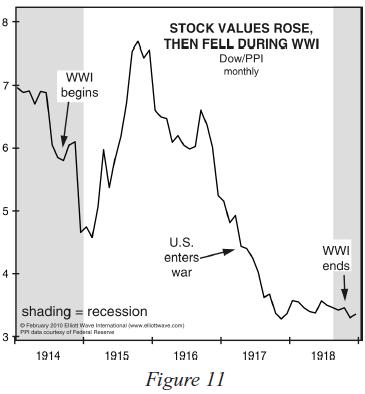 Figure 12 shows a time of war when stock values fell, then rose. 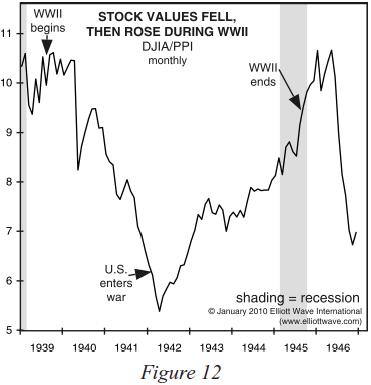 Figure 13 shows a time when stock values rose throughout. 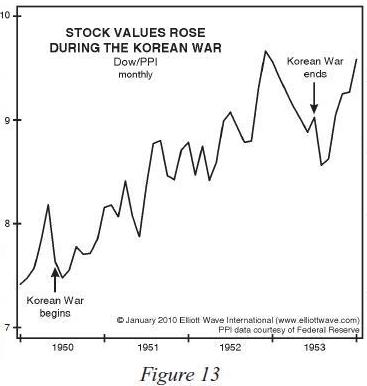 Figure 14 shows a time when stock values fell throughout. 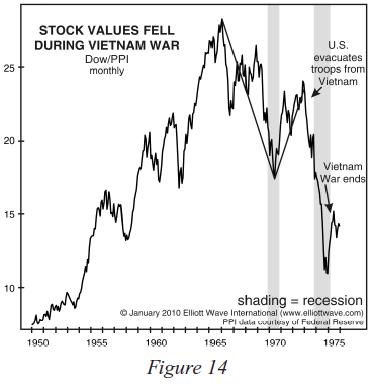 Given such conflicting relationships, why and how, exactly, does an economist expect war to affect his economic forecasts?