Peace Is Always Bullish for Stocks: Yes or No?

Most people would not argue that peace is bearish for stock prices. It would seem logical to say that peace allows companies to focus on manufacturing goods, providing services, innovation and competition, all of which helps the overall economy.

But does peace in fact have anything to do with determining stock prices?

Figure 15 provides an example of peaceful times -- the 1920s -- in which stock prices seemingly benefited. After all, they rose 500% in just eight years, as there was mostly peace around the globe. 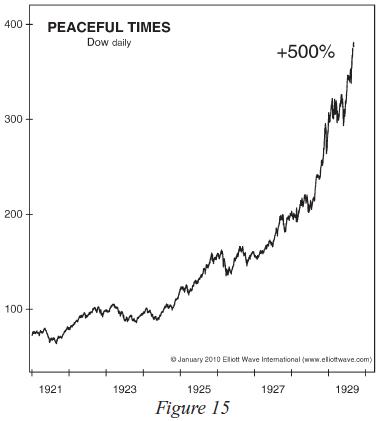 Figure 16, however, shows that in the time immediately following, stock prices lost 89% of their value. During this time as well, there was mostly peace around the globe. Yet stock prices fell more in under three years than they had gained in the preceding eight years! 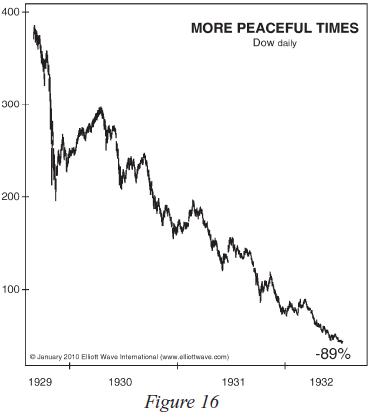 It seems that we cannot count upon any consistent relationship between peace and stock prices, either.