Are Canada's housing market woes spreading to the U.S.?

Troublesome developments are occurring in the U.S. housing market. Media outlets are saying that "an acute shortage of properties" is hurting sales. But, the real story is revealed in these chart patterns.

The worrisome days of the U.S. housing crash of about a decade ago has become a fading memory for many homeowners.

Indeed, U.S. housing prices have rebounded substantially since then.

Let me explain by first showing you analysis from our May 2017 Elliott Wave Financial Forecast. Here's a chart with the commentary below: 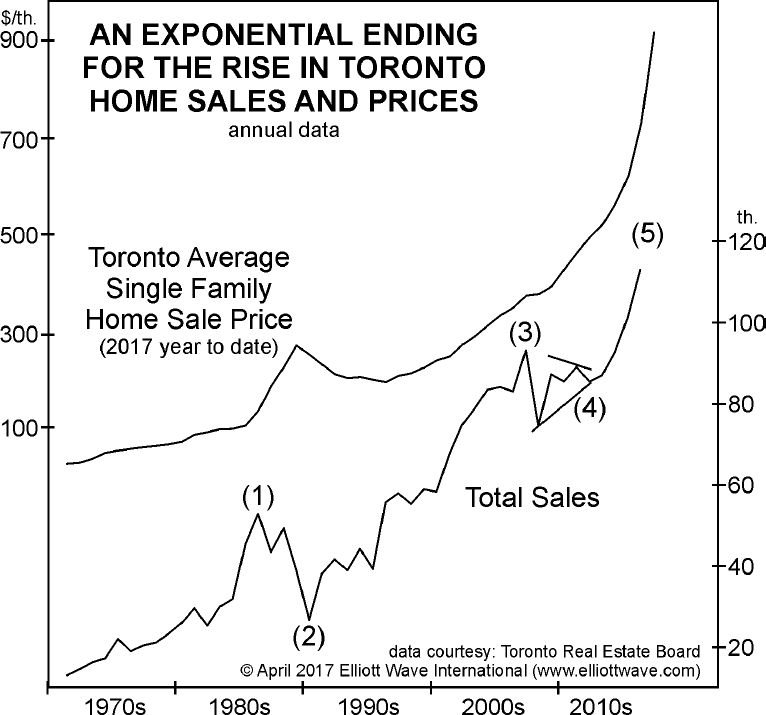 As the chart of monthly year-over-year Toronto real estate price changes shows, there has been an unprecedented explosion, up 33% just last month. ... With listings typically drawing 50 offers, and bids coming in 20% above asking price, Toronto's homeowners, home buyers and real estate brokers are understandably confident. But history suggests that the run-up in Toronto real estate prices is days from a top and reversal.

As it turned out, Toronto home prices were already in a decline that stretched to 19% by the first two weeks of August. The just-published September Elliott Wave Financial Forecast also says that in July, the number of home sales in Toronto fell more than 40% from the July 2016 total. Indeed, home sales for all of Canada in July 2017 were down 11.9%.

Now to the U.S. housing market.

This chart and commentary are also from our September Elliott Wave Financial Forecast: 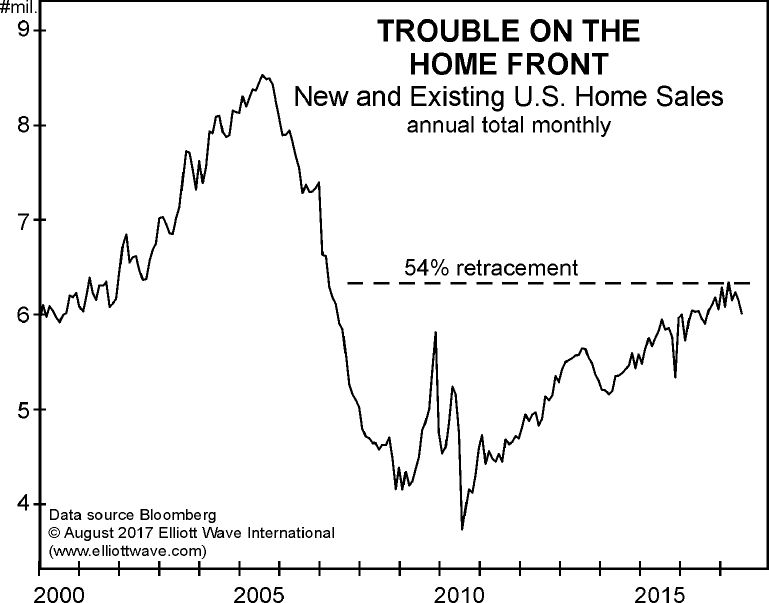 An acute shortage of properties has hampered monthly sales.

But that's what media outlets were saying about Toronto's housing market back in March and April!

Besides real estate, Elliott Wave International sees signs that point to trouble for a broad array of financial assets, including stocks and bonds.

What you can read right now in our Financial Forecast Service is a real eye-opener.