At least since Prechter's Conquer the Crash first published in 2002, we've been sounding the alarm about the unsustainable rise in debt.

In reading a history of major depressions in the U.S. from 1830 on, I was impressed [that] all were set off by a deflation of excess credit. This was the one factor in common.

Here are four charts and commentary from Conquer the Crash: 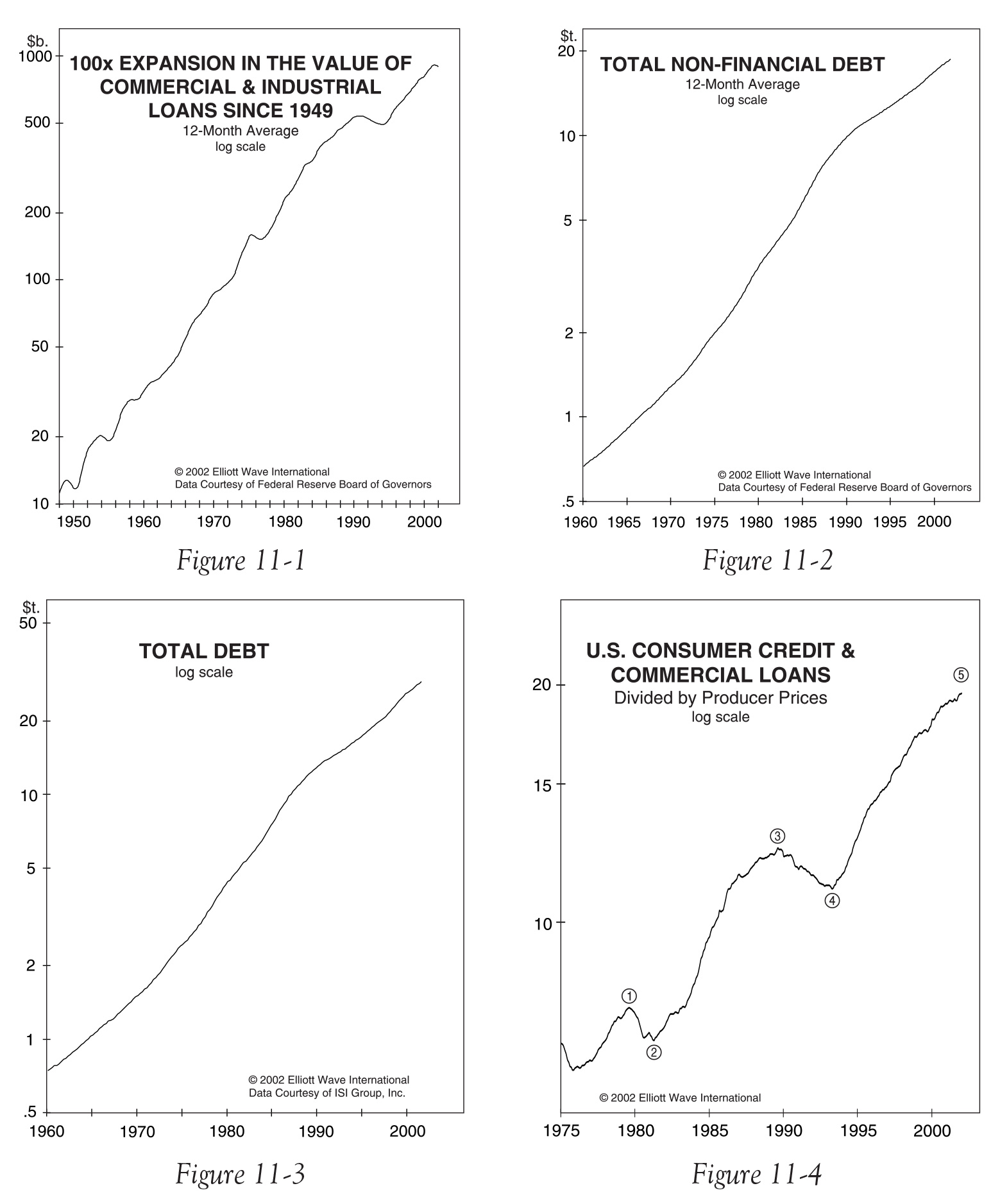 [These charts] show some aspects of both the amazing growth in credit -- as much as 100 fold since 1949 -- and the astonishing extent of indebtedness today among corporations, governments and the public.

So, the 2007-2009 financial crisis came as no surprise to us as exotic financial instruments like collaterialized debt obligations imploded.

Now, in 2017, U.S. debt is approaching a new milestone level. The Federal Reserve just issued a quarterly report and says the increase in 2016 amounted to $460 billion, the biggest leap in a decade (UPI, Feb. 17):

Student Debt in America Has Hit a New Record

Let's now turn our attention to the U.S. automobile market, where carmakers have been luring in buyers with rebates and generous longer-term borrowing terms.

Review this chart and commentary from our February 2017 Elliott Wave Financial Forecast: 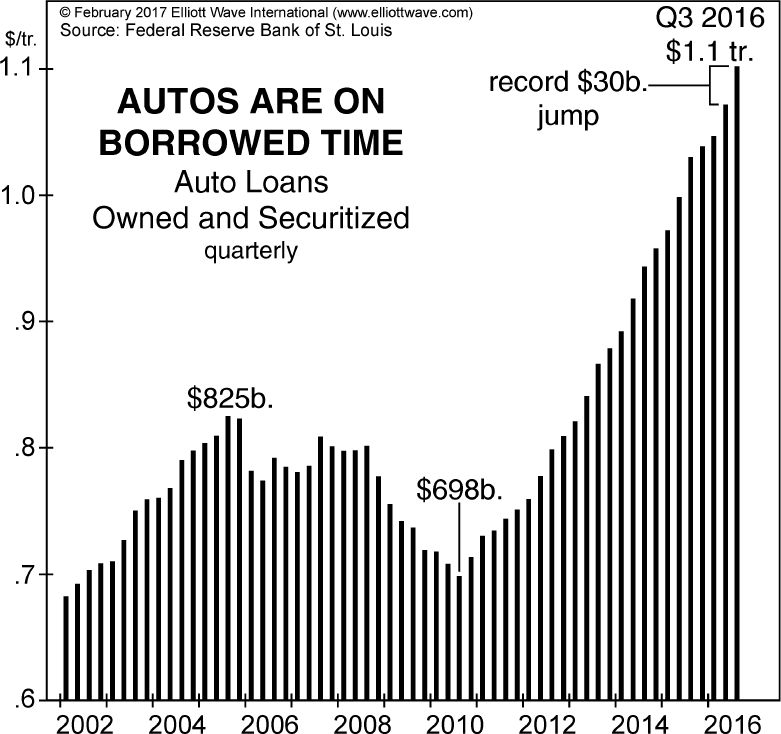 As of September 2016, total subprime loans were $172 billion, or 16% of the $1.1 trillion car loan market. The chart above shows a record $30 billion jump in the third quarter. In another unmistakable sign of a stretched out credit bubble, J.D. Power estimates that 31.3% of car buyers through auto finance companies were upside down on their existing loans.

We will continue to share vital information with our subscribers about the unfolding story of rising debt.