Learn a bit about EWI's Asian-Pacific and European markets expert

Listen to this 5-minute video interview to learn how Chris used the Wave Principe as a trader and how he got his start with Elliott wave analysis.

Alexandra Lienhard: I'm Alexandra Lienhard for ElliottWaveTV and today I'm joined by Chris Carolan. Chris is the editor of two publications at Elliott Wave International, our European Short Term Update and our Asian-Pacific Short Term Update. Now Chris, you're a 30-year market strategist, the recipient of the 1998 Charles H. Dow Award and you've been working with EWI, using the Wave Principle, for many years now. How did you first get introduced to the Wave Principle and ultimately end up at Elliott Wave International?

Chris Carolan: I was a floor trader and market maker in stock options in San Francisco in the 1980s. I was a subscriber to the Elliott Wave Theorist, and the Hotline Service, which is now called the Short Term Update. I was using the products and utilizing them in floor trading and short-term market moves. That was my introduction, and it was really the natural way that the Elliott wave expresses markets. It's one with nature, as it are. And being on the floor, and seeing the waves of orders come in, and seeing how buyers and sellers moved in herds, as it were, which is how Elliott wave describes markets. So it was a natural fit for me to see how the Elliott wave worked in that environment.

Alexandra: Well, it's interesting that you used it as a trader. What did you find most useful about the Wave Principle?

Chris: I think in these days, when we have so many computer indicators that flash signals and whatever, computers are looking at the past. What Elliott wave does is anticipate. It can tell you when to sense that a change is about to occur, or when you're right at the cusp of that change. As opposed to computerized indicators, which are always backwards-looking, and they're late. Computerized indicators are useful, I use them to confirm what Elliott says, but it's the anticipating aspect of Elliott that, I think, is its real value.

Alexandra: And computers and algorithms are more popular than ever. Is that the biggest mistake you see traders make?

Chris: Well, the mistakes traders make, and all humans make, are really emotionally based. Primarily, most traders take on too much risk per trade. They tend to put too much of their pile of chips on any given idea. Of course, when they're wrong and losses occur, they're part of the business, so you have to learn to accept those. The other, second mistake, is traders allow big losses to occur -- and that's what you can't allow. You really have to get out when you are wrong. That's another place where Elliott fits in, because it can give you good risk-management tools, which are so important. I think the most successful traders I've known over the years are people who just can't stand to lose. They hate losing so much that they make sure it doesn't happen. If you're comfortable with losses, you're going to have them. So much of that battle is within ourselves.

Chris: What I really want to do is find a few opportunities per year where everything comes together -- and you can say, 'Alright. here's we are.' You don't need a lot of opportunities, you don't need to be in the markets all the time, but if you can spot a couple, two, three, four, five just really great situations, those can make or break a trader. Trying to find those opportunities is what my services focus on.

Alexandra: And pinpointing opportunities -- that's terrific. What's the most challenging part of your job?

Chris: You know, markets oscillate between trending and non-trending periods. The trending periods are fun, because markets are moving fast. In Elliott terms the impulse waves are more simple to count, but it's those congested, choppy markets that chew people up and chew up their trading accounts. They're hard to analyze, they're hard to trade. That's the challenge.

Alexandra: From everything you've said today, you've got a really well rounded background. What makes your analysis unique?

Chris: Prior to being a floor trader, I went to art school, which is sort of funny when you think about, how does that work with analysis? But we're looking at charts all the time and it is a visual interpretation. Combining that with the trading background, where it was so effective in terms of real results, matters. In just pure analysis, you can become divorced from that. Then, I'm a big history fan, and I consider myself a market historian, so bringing back into the analysis and being able to reference past periods where similar things happened, or different things happened, and comment on that is another feature that I think is important.

Alexandra: Thanks for talking a bit about your background. It's nice to hear a little more about you to put your analysis in context.

Chris: Thank you for the opportunity. 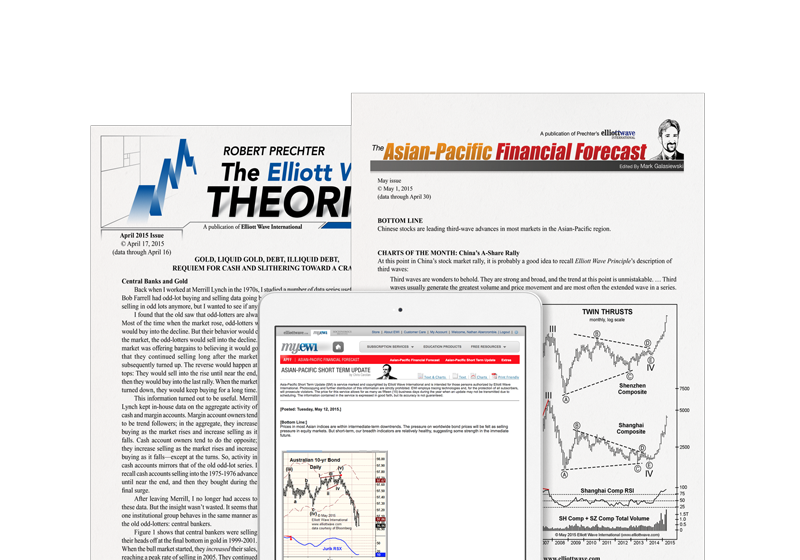 Also available on these platforms

So, What ARE the 4 Elements of High -Confidence Trading?

Wirecard AG: Why the Collapse Was... in the Cards