A New Twist on "Peak Oil"

Oil-industry insider says he knows why prices will trend lower

In the mid-2000s, the world feared it was running out of oil. Speculators, in turn, became feverishly bullish on oil's price. A 78% crash soon followed. Now, the phrase "peak oil" has been re-introduced, but in a different way.

In 2008, the notion of "Peak Oil" claimed that oil production had peaked because world supplies were depleting. So, price would continue to skyrocket.

That social consensus had developed for a few years. Here are just three sample headlines: 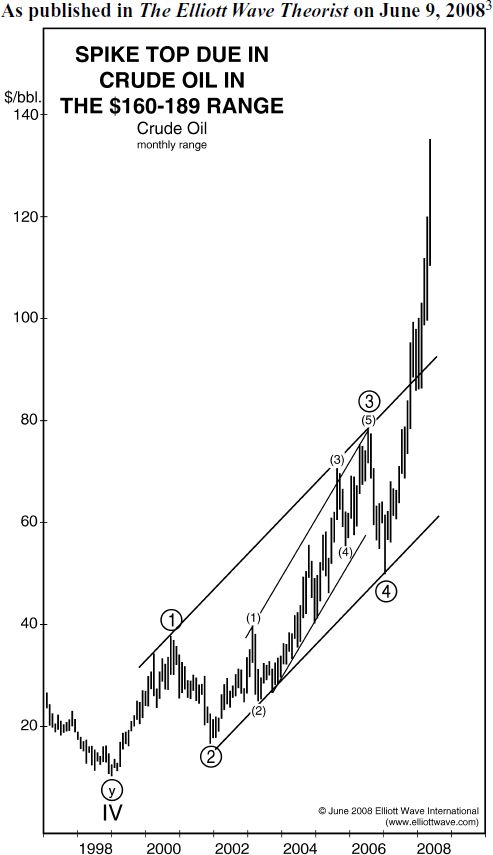 I am publishing this issue a bit early in order to alert you to an opportunity developing in the oil market. Bull markets in commodities virtually always end with an extended fifth wave. So, one of the greatest commodity tops of all time is due very soon. Ideally, crude oil should end on a violent spike high in the $160-$189 range. 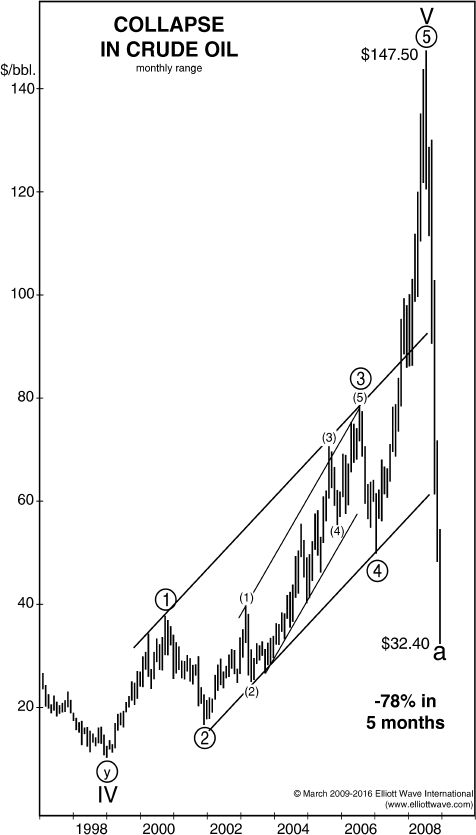 As you can see, oil's price plunged 78% in just five months.

And, now, the phrase "peak oil" has been re-introduced -- but this time, with a different meaning (WSJ, July 27):

Royal Dutch Shell presented a pessimistic vision for the future of oil on July 27. ... [The CEO] said the company has a mind-set that oil prices would remain "lower forever." ... Experts differ on the timing of peak oil demand. In its most-guarded scenario, Shell sees oil peaking within the coming decade. [emphasis added]

In our view, the "peak oil demand" sentiment is more an expression of bearishness after a long downturn, than a statement about "fundamentals." In other words: "Peak oil demand" is but a convenient rationale for a bearish stance on oil prices.

Our experience shows that a better way to forecast oil prices is to keep a close eye on the oil market's Elliott wave structure.

As we see it, the wild ride is far from over.