Energy Transfer LP: The Road to a 42% Rally was Paved in this Elliott Wave Pattern

On Jan. 4, our "roadmap" pointed Energy Transfer higher -- here's why

The other day, I volunteered to take my friend's teenage son to his baseball practice. (I soon came to understand the expression, "The road to hell is paved with good intentions" -- but I'm getting ahead of myself).

The drive began innocuously enough. I listened to NPR's classical music hour while he played some shrieking mobile VR game on his iPhone. But then, his phone fell behind the seat console. When he reached down to grab it, he pulled up my treasured, 1999 Rand McNally Road Atlas.

"What do you MEAN? As in WHAT is a book?" I replied horrified at how far the younger generations have drifted from the world of physical maps and tri-syllables. "THIS is how I used to get around before GPS. I drove across the entire U.S. with just it and a box of highlighters!" I asserted proudly.

He returned a vacuous "Whatevs" and looked at me like I belonged in a museum.

I thought about what's lost when humans hand over their cognitive reasoning skills to robotics. This 15-year-old kid couldn't find his way out of a parking deck without digital guidance, while I could drive 1000 miles across the country using my paper map and a pink highlighter.

The same goes for the world of financial investing. More than ever, traders have become dependent on AI technologies, trading apps, and other experts -- some genuine, others less so -- to blindly lead them to the next market opportunity. My favorite mainstream navigational strategy: If a stock is going up, it will stay up; and if it's falling, it will keep falling -- all things being equal.

Never mind that, like the vehicular G.P.S., these financial Global Positioning Systems often glitch out via time-adding misdirects to life-threatening detours.

As The Week article above states: "The machine does not always know where it's going."

Which is why the key to successful trading (and driving alike) is an independent ability to read the "road maps" of opportunity on one's own. And that is exactly the mission of our Trader's Classroom service.

Consider the early 2022 performance in Big Board listee and natural gas tycoon, Energy Transfer LP (NYSE: ET). At the end of 2021, ET had endured six straight months of decline for a 31% selloff into its December 30 low.

On January 4, 2022 -- before Russia had invaded Ukraine, so we can put the "bullish fiundamentals" argument to rest right now -- our Trader's Classroom editor Jeffrey Kennedy presented this Elliott wave labeled price chart of ET. It identified the completion of a three-wave zigzag correction at the December 2021 low. Prices were now turning over a new trend, an uptrend, as a five-wave motive pattern. 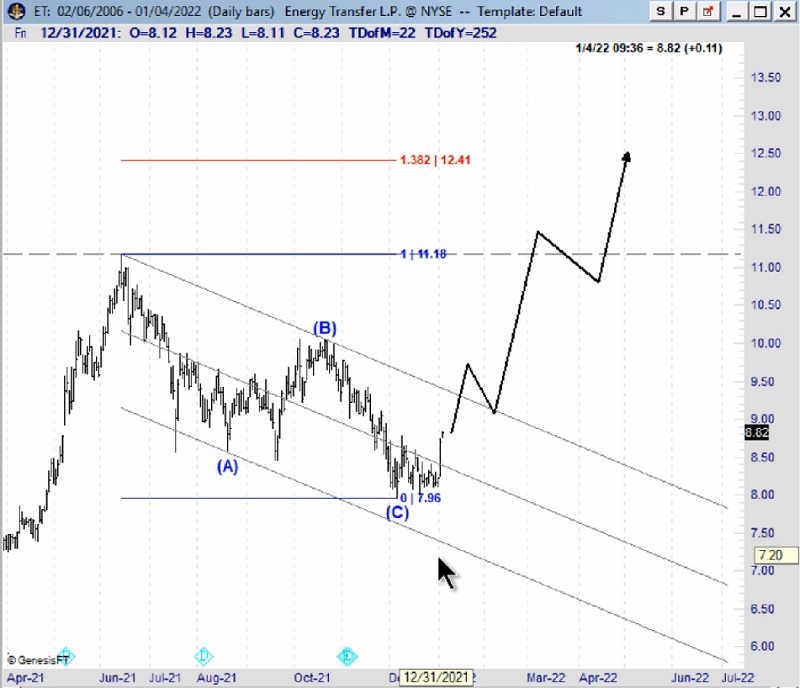 For newbies, this diagram shows both the 5-wave motive and 3-wave correction: 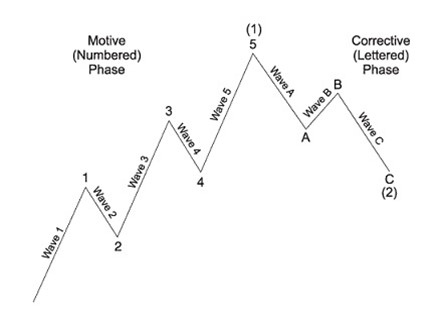 In the accompanying analysis, Jeffrey explained the bullish potential of a five-wave move and wrote:

"We're sketching out what I refer to as an Elliott wave road map for higher prices."

"So, what do we do now? Do we just immediately place a trade? No, we wait. We wait for confirming price action. We wait to say, 'hey, does this analysis actually warrant taking a trade?' We do our risk/reward ratios here... We begin to look at other factors. I'm not going to be in a hurry.

And from there, ET confirmed the bullish trend change and began to rally. This next chart captures the 42% surge in prices that carried ET to a fresh, 2-year high on May 5. 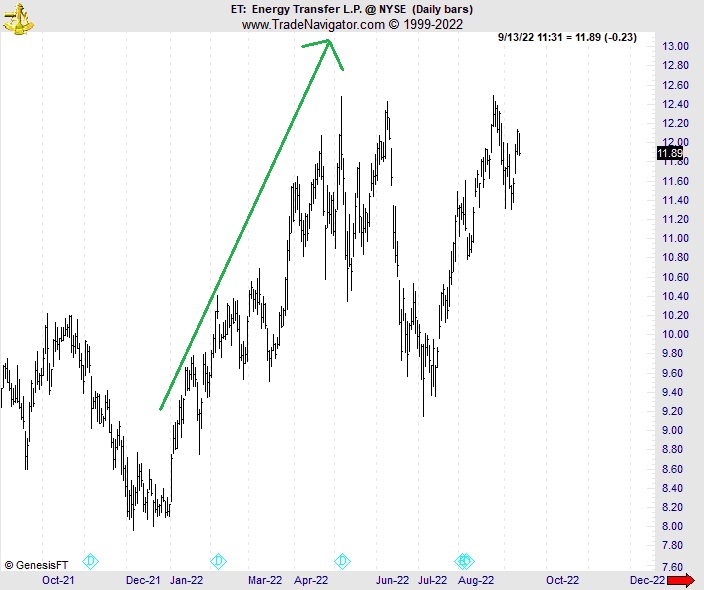 At no point in his Trader's Classroom lesson does Jeffrey tell his subscribers what to do with featured stocks. Instead, he shows them how to read the "signs" of a potential opportunity directly on the price charts so they can recognize them in any market, on any time frame.

So, what are you waiting for? Get out your figurative pink highlighters and follow the link to a Trader's Classroom subscription today.

Press "Play" and watch Jeffrey Kennedy explain in comprehensive detail how to recognize the relevant Elliott wave patterns underway now and in the future. 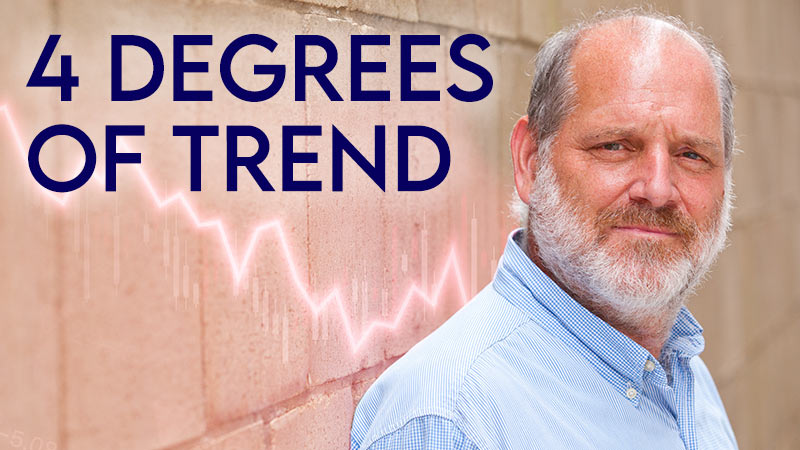 "Things will change over the course of the next few years," says our Financial Forecast co-editor Pete Kendall in this new interview. Hear it for yourself. 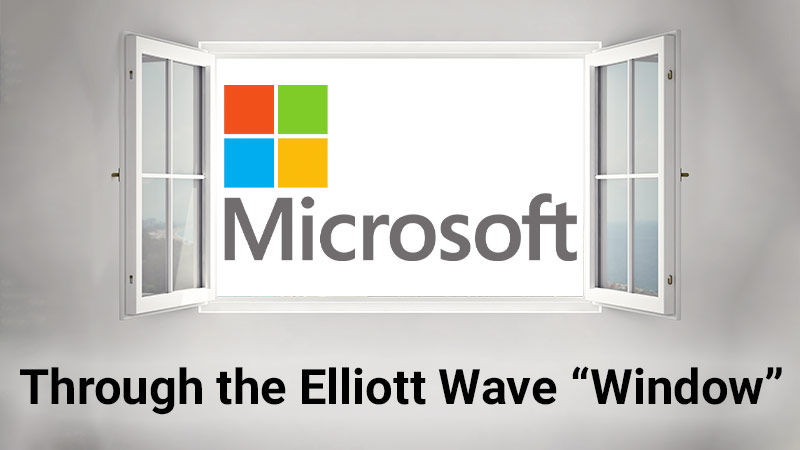 September saw tech giant Microsoft Corp. in freefall, a rout ending September 30 at the stock's lowest level since March 2021. Oddly enough, the decline occurred amidst "fantastic" figures of growth and productivity. If you can answer the question, "Why did prices fall despite bullish 'fundamentals?'" you've got the job! 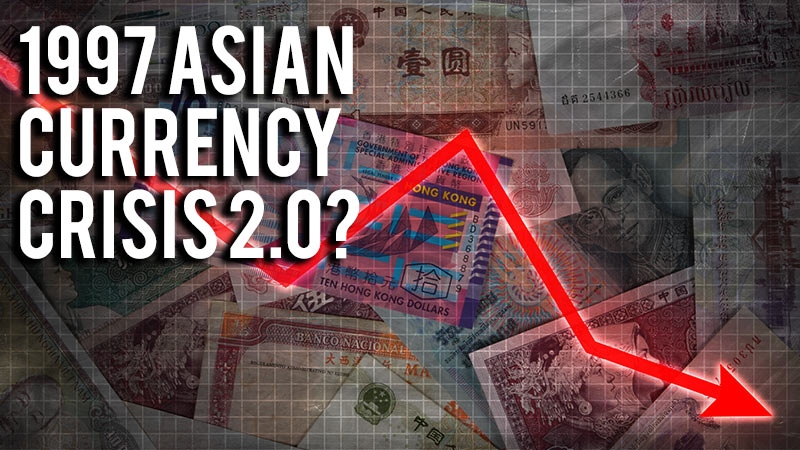 The Asian-Pacific stock markets have been showing a clear correlation with the trend in the U.S. dollar. Watch our Asian-Pacific Short Term Update editor Chris Carolan explain why right now, it's a "very dangerous" moment for the regional stocks.