When you look at a long-term chart of natural gas prices, there's little room for excitement. The price today stands about where it was last October. Or last November. Or in February... June... August...

Which is to say, natural gas has been mired in a long sideways move, with prices in an ever-tightening range -- especially over the past three or four months.

Regardless of your method, it's hard to forecast a range-bound market. Range-bound price moves are corrective, and even Elliott wave analysis includes more than a dozen corrective chart patterns and combinations.

Yet, even market corrections have internal order, despite their "messy" appearance.

On October 9, our Energy Pro Service editor Steve Craig zoomed in on the short-term trend in nat gas -- and saw a small-degree Elliott wave impulse within a larger corrective pattern. After five waves end, the market reverses, says the Elliott wave model. Steve's forecast? Up. 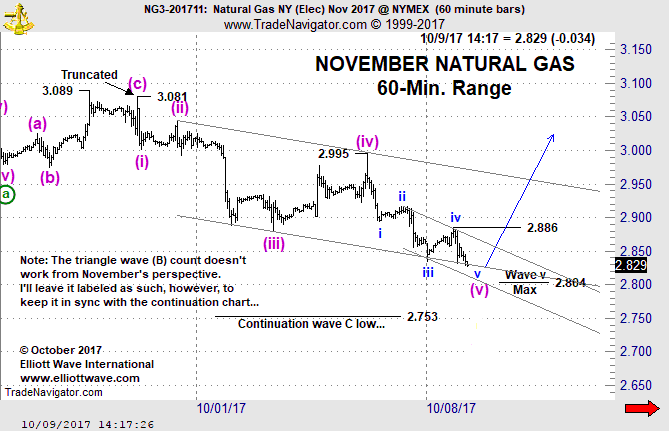 This chart shows you where natural gas prices found themselves three days later: 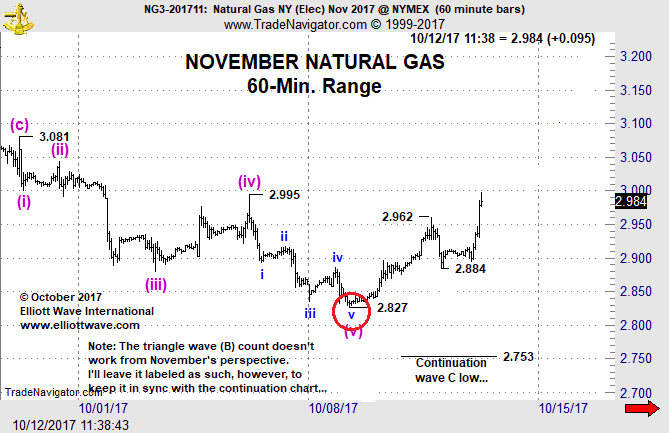 Yet, as it's often the case, chart patterns came first -- and the news of "bullish" fundamentals followed.