Why oil's recent price volatility is no surprise

On June 14, the price of U.S. oil fell below $45 a barrel, and some are blaming the slide on oversupply. But, is that the real reason? See how the Elliott wave model has been highly useful in staying ahead of oil's trend turns.

The current volatility in oil prices calls to mind Robert Prechter's recently published book, The Socionomic Theory of Finance, which chronicles 10 terrific oil market calls in a row, starting in 1993. All were made by EWI analysts.

It took an entire chapter and 43 pages to tell this remarkable story of how the Elliott wave model helped us to successfully navigate the twists and turns in this volatile market.

But I want to hone in on just the past year, starting with March 2016. Oil had been in a strong downtrend for about two years. As you might imagine, sentiment was extremely negative (Bloomberg, February 2016):

No Hope--Prices will stay low for up to a decade.

But, Elliott wave analysts do not extrapolate trends into the future.

Review this chart and commentary: 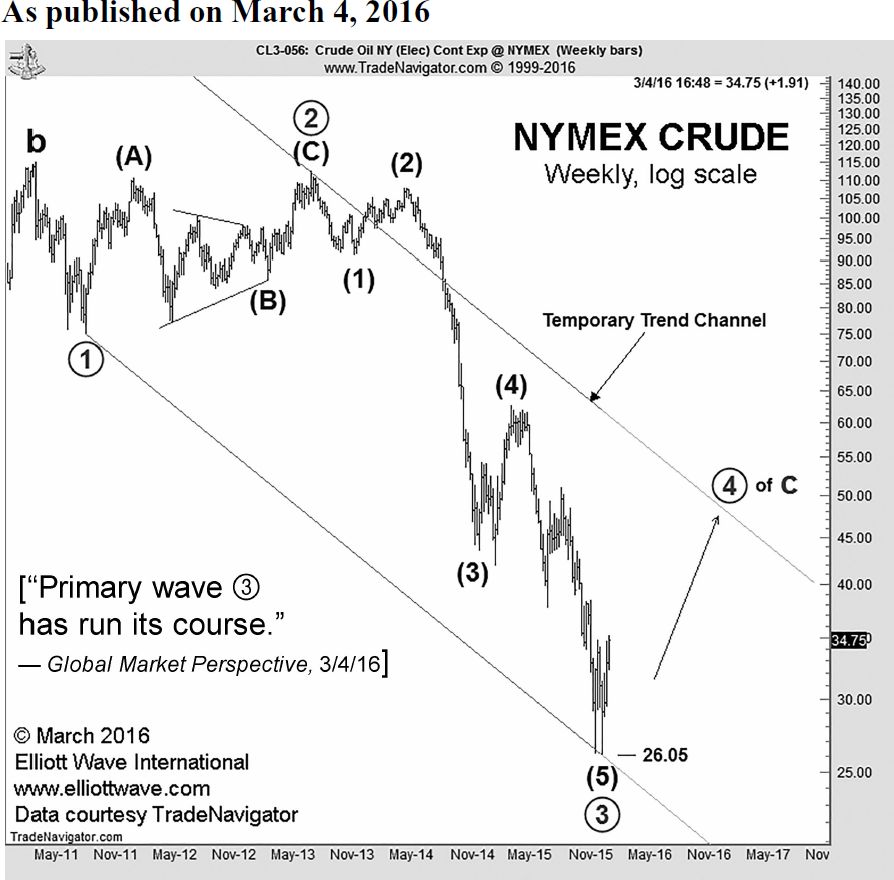 In the March 2016 Global Market Perspecctive, EWI's energy analyst Steven Craig presented the abovechart and affirmed, "Primary wave 3 has run its course." His graph includes a forecast arrow suggesting that a normal outcome would be a bear-market rally in which oil would approximately double. He added, "Since wave 2 lasted nearly two full years, wave 4 could be a time-consuming affair," implying that the next peak might be only wave (A) of 4.

From that time until June 9, oil rallied to $51.67, nearly doubling. The next day, on June 10, Craig labeled the high at that price as wave (A) of 4. Below are the weekly and daily charts he posted that day on EWI's Energy Pro Service. 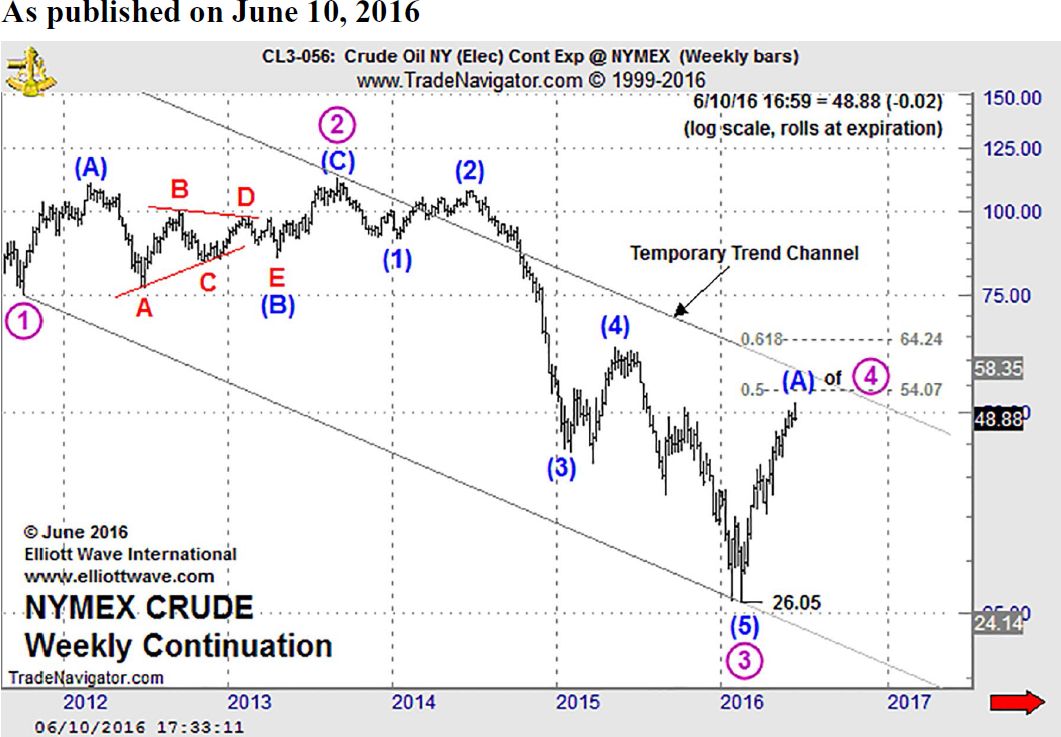 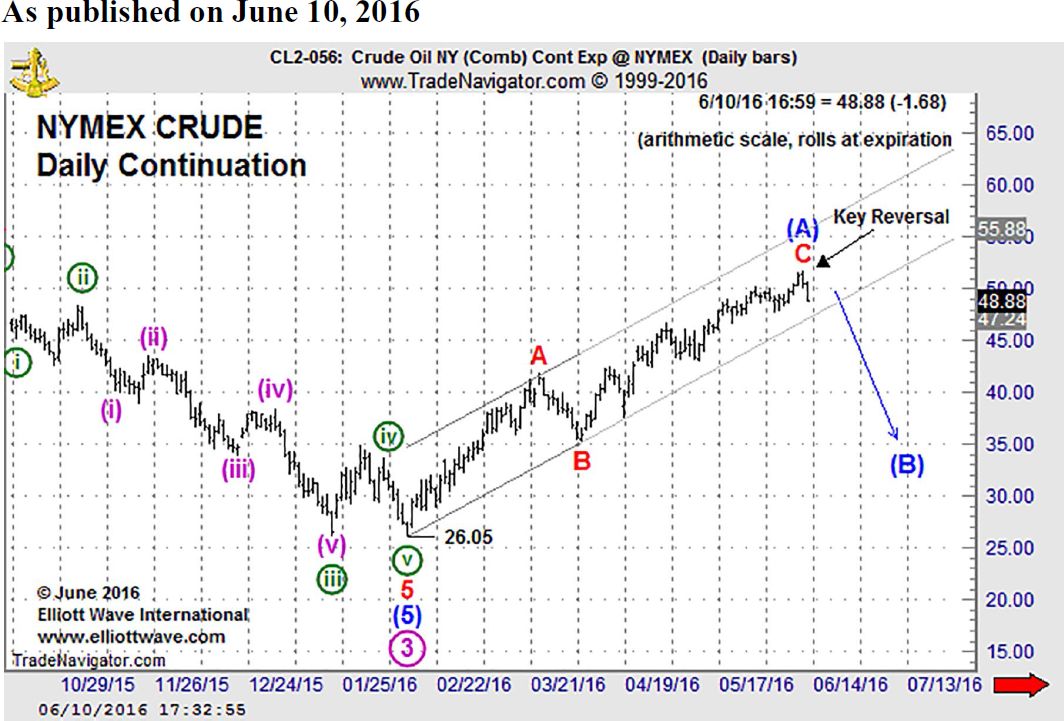 Wave (A) did manage to climb north of $55 early in 2017, but since then, the overall Elliott wave pattern has turned decidedly down.

That evening, a Reuters headline said:

Oil prices struggle on doubts OPEC can rein in oversupply

However, the evidence shows that the Elliott wave model foretold of oil's price decline long before this "fundamental" news.

We're now letting subscribers know what the Elliott wave model is indicating for for other major U.S. financial markets as well.