“The Most Dangerous Pattern in Finance” Foretells a “Major Contraction”

A hockey stick formation on a chart shows a sudden sharp increase after a relatively brief quiet or stable period.

Elliott Wave International's Global Market Perspective adds that the hockey stick is "the most dangerous pattern in finance."

In the just-published January issue of this monthly publication, you can see the hockey stick pattern in a chart of the European Central Bank's balance sheet as a percentage of gross domestic product. Here's that chart and commentary: 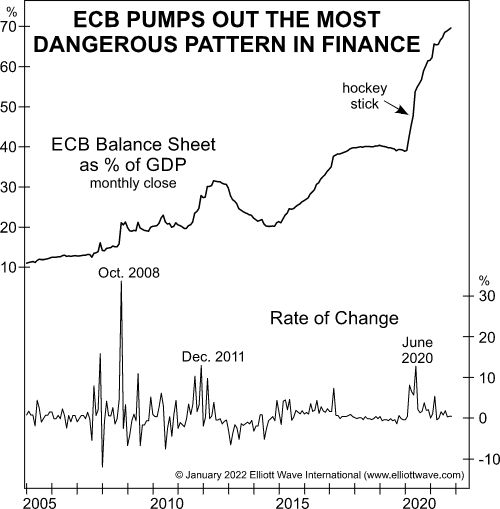 Last year, the European Central Bank was so confident in its ability to manage the business cycle that it purchased an additional €150 billion in assets... Every asset added to the ECB balance sheet represents a future liability for eurozone governments... Ever since Europe's sovereign debt crises began in 2010, the ECB has loaded its balance sheet with peripheral sovereign bonds and risky corporate loans that will rapidly decrease in value during a bear market. If we include the €250 billion in assets purchased in 2020, the ECB has produced a pattern that market technicians colloquially refer to as a "hockey stick." At €851 billion, or 81.6% of the eurozone's GDP, the ECB's balance sheet growth is inherently unsustainable. A major contraction is coming.

As a past Global Market Perspective noted:

The Elliott wave model can help you get a solid handle on "what's next" for European equities.

The Elliott wave analysis that you will find in the January Global Market Perspective will help you to prepare for what's ahead -- not only in Europe -- but also in the U.S. and the Asian-Pacific.

Elliott Waves: What You Get Can Be “Highly Rewarding”

"When an Elliott wave is complete, it brings striking clarity to the market's... likely future direction. Such junctures offer complete independence from the herd, and those times tend to be highly rewarding."

Imagine knowing the market's "likely future direction" before the news, or with no "news" at all. What an invaluable insight, with the right risk management!

In our more than 40 years in the business, we have yet to see a forecasting method that surpasses the usefulness of the Elliott wave model.

See how Elliott Wave International's analysts apply the Elliott wave model to 50-plus global financial markets so you can prepare for major financial shifts.

Just follow the link below to get started right away. 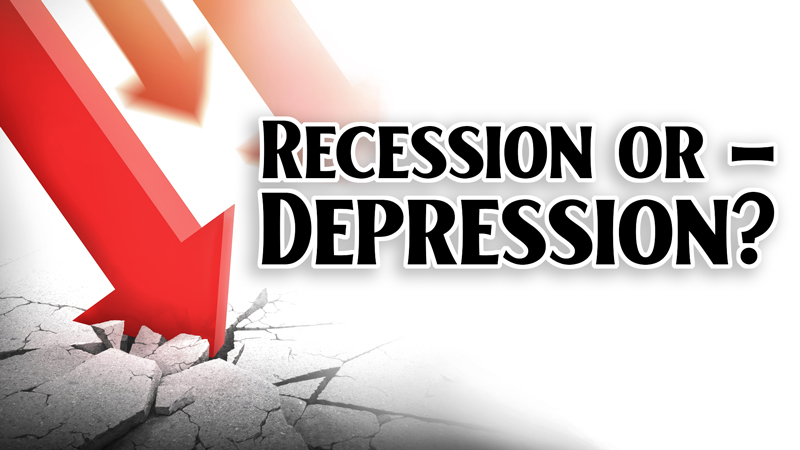 Most professional observers of the economy were caught off guard at the onset of the two biggest economic setbacks of the past 100 years. Will professionals (and the public) be surprised again? Look at this diagram of the single most important "economic indicator." 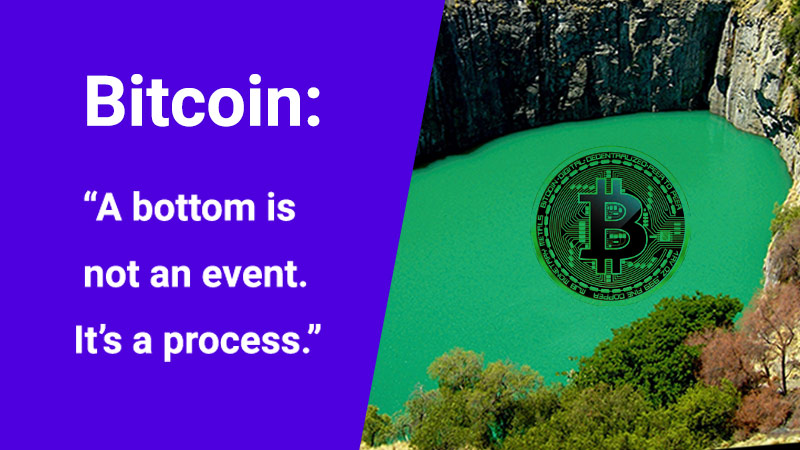 Bitcoin: "A bottom is not an event. It's a process."

Market top or market bottom, most traders don't recognize it until after the fact. But watch one of our Crypto Trader's Classroom instructors show you how to use Elliott wave analysis and Fibonacci ratios to anticipate the likely bottom in Bitcoin (and other cryptocurrencies). Stocks: Is the Really Scary Part Just Ahead?

Many investors remain unshaken even after big daily market selloffs. They are still looking for bargains. This is the likely juncture at which real panic will set in. Prepare now.