The demand for luxury tends to increase as a financial mania matures. One of the latest extravagant items weighs 33 pounds and is made of solid gold. Financial trend changes usually occur when they're least expected. Are you prepared?

For example, the luxury market can venture into a la-la land of extravagance.

In this case, a solid gold Darth Vader mask recently went on sale in the Land of the Rising Sun (The New York Times, April 26):

On April 25, the Japanese jeweler Ginza Tanaka unveiled the imposing headgear and announced that it would go on sale at the company's flagship store in Tokyo on May the fourth to celebrate Star Wars' 40th Anniversary.

The creation of unconventional luxury items is not a precise market indicator, but the Darth Vader mask calls to mind what the October 2007 Elliott Wave Financial Forecast discussed just days before a historic stock market top: 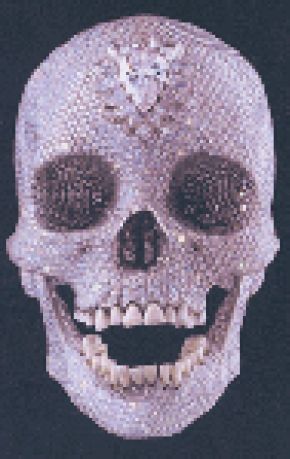 "For the Love of God" [is] a platinum cast of a human skull covered in 8,601 diamonds, [and] the $100 million sale of the piece by Damian Hirst is the highest price ever paid for the work of a living artist. It may well mark a conspicuous end to the era of conspicuous spending.

As we know, the worst economic downturn since the Great Depression soon followed.

The pattern of extravagance -- followed by a crash -- has repeated itself throughout financial history.

Back in 1988, The Elliot Wave Theorist made this observation about Japan:

Stories have been reported of rich folks springling flakes of gold on their sushi in Tokyo.

As it turned out, the bursting of the Japanese stock bubble was just around the corner.

And here's what Charles Mackay had to say about the tulip bulb mania of the 1630s in his famous book, "Extraordinary Popular Delusions and the Madness of Crowds":

Houses and lands, horses and carriages, and luxuries of every sort, rose in value, and for some months Holland seemed the very antechamber of Plutus.

As you may know, Plutus was the god of wealth in ancient Greek mythology.

But, wealth can disappear much faster than it was accumulated, as charts of past bear markets show.

In addition to watching indicators such as the luxury market, we suggest that you keep a close eye on the stock market's Elliott wave chart pattern.

Keep in mind that a major trend change usually strikes when investors least expect it.

The Return of the Obnoxious Wall Street Hero

"The Next Event Is Deflation."

View the Global Economy from 30,000 Feet