Still, the metal’s 2017 comeback makes perfect sense if you look at it through a different lens

Some days, market fundamentals, news and events trickle into the backdrop of the markets you follow like a leaky faucet tap. And other days, those events flood in like a raging torrent with no signs of stopping.

That, dear readers, is what happened in the aluminum market at the beginning of 2017.

Here is an instant replay of those events, starting in chronological order:

In case you're thinking, "Big deal. How big a role can China possibly play in the global aluminum industry?" -- this pie graph settles any doubt: 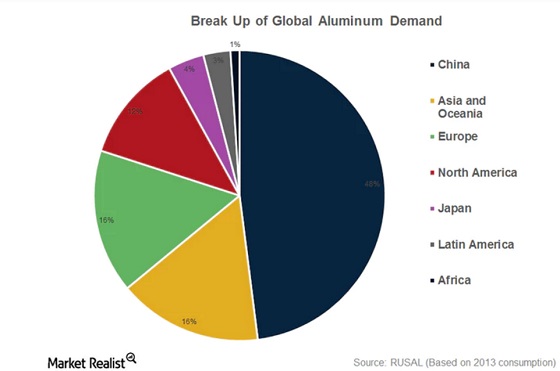 In other words, back in January, it's safe to say that fundamental conditions weren't looking favorable for aluminum's near-term future. And yet...

Despite the deluge of bearish forces working against the metal, aluminum prices started to rally in early January, soaring to a 2-year high in early April.

In our opinion, the reason they did so is investor psychology, a measurable force that unfolds in Elliott wave patterns directly on price charts.

In fact, on January 6, amidst the "Aluminum War" raging on between the U.S. and China, our Metals Pro Service identified a clear bullish set-up on aluminum's price chart and wrote:

"Aluminum rallied sharply enough to suggest that a short, wave c bottom may already be in place. The outlook is now tentatively bullish while price holds above the 1680.50 area. Rising through 1733 would raise confidence the trend is turning up.

"Aluminum is bullish to new highs while price holds above its Fibonacci 0.618 retracement level." 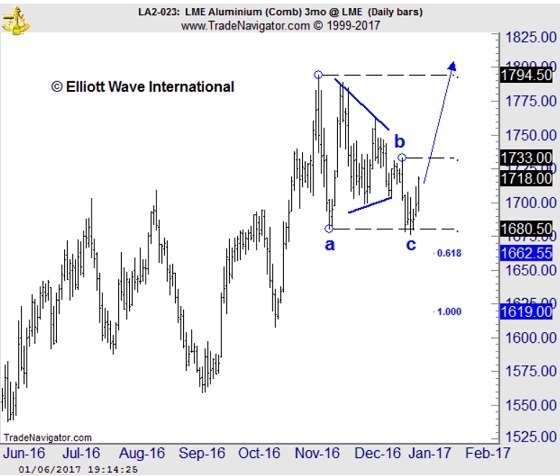 The next chart illustrates the metal's powerful uptrend to 2-year highs that ensued: 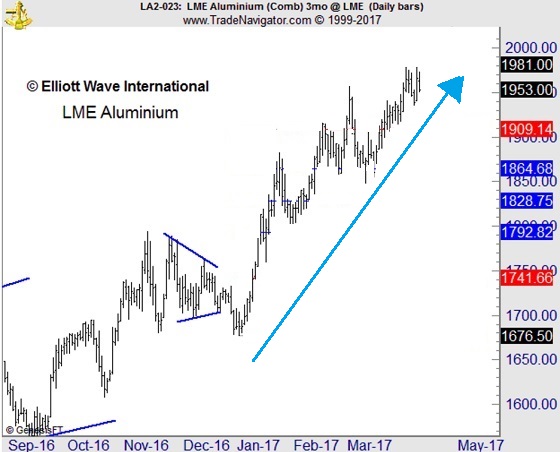 Chances are, the "Aluminum War" between the U.S. and China isn't going to end anytime soon.

But for investors and traders looking to capitalize on twists and turns in the price of aluminum, clarity of the metal's potential near-term trend is attainable right now through technical analysis methods like Elliott waves.