And the "Best Commodity of the Year" Is... Aluminum!?

If you think it's because of China's deep capacity cuts, you're barking up the wrong tree

Some say it's what's inside the soda can that matters. But for many investors in a certain base metal, it's the material of the can itself that has quenched a serious thirst for opportunity.

To wit: On August 23, aluminum prices soared to their highest level since 2014. In fact, the base metal's 20%-plus rally in 2017 "cemented its spot as the best commodity of the year." (Bloomberg)

As for what lit the metal's bullish fire?

Well, according to pretty much every major news source, the catalyst for aluminum's surge was one specific event -- namely, a recent pledge by China's Shandong Province to snuff out "rogue smelters" who are glutting the market with supply.

Here, these recent news items all line up:

It makes sense from a fundamental (i.e. news-drives-markets) perspective: Shandong Province is a major aluminum hub in China, which produces half of the world's aluminum. The 3.21 million ton cut amounts to 9% of China's total aluminum production for 2017.

The problem is, all those bullish-sounding supply-crimping numbers don't add up. The reason being, Shandong Province announced its cuts to the public on August 8 -- months after aluminum prices started soaring.

So, what about seeing the run up in aluminum prices closer to its onset? Well, here we turn to a June 28 Metals Pro Service forecast, where our senior analyst Tom Denham identified one of the most bullish Elliott wave set-ups there can be: the beginning of a third wave advance. Tom wrote:

"Aluminum may be starting to rise in wave iii (circled). The outlook is bullish through 1981 while price holds above the 1864 area. The Rate of Change chart (below) shifted to a bullish momentum signal on 28 June." 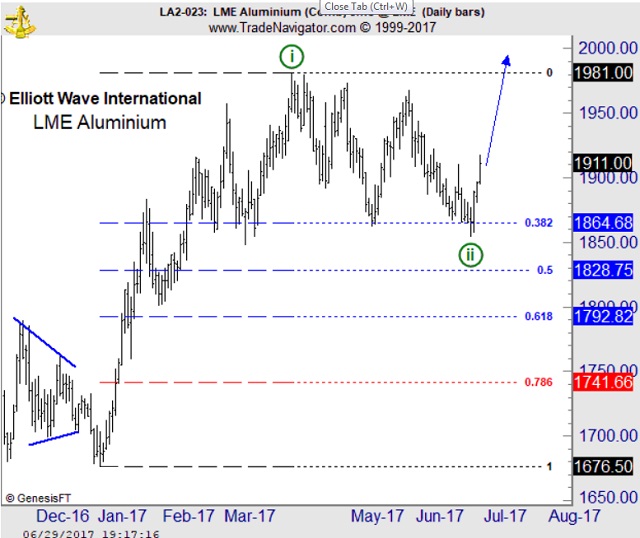 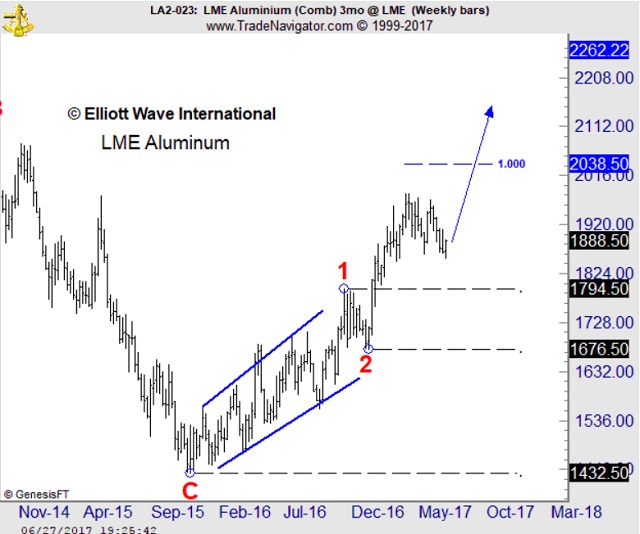 The next chart captures the powerful uptrend that followed in the wake Tom's June 28 Metals Pro Service outlook for higher prices. 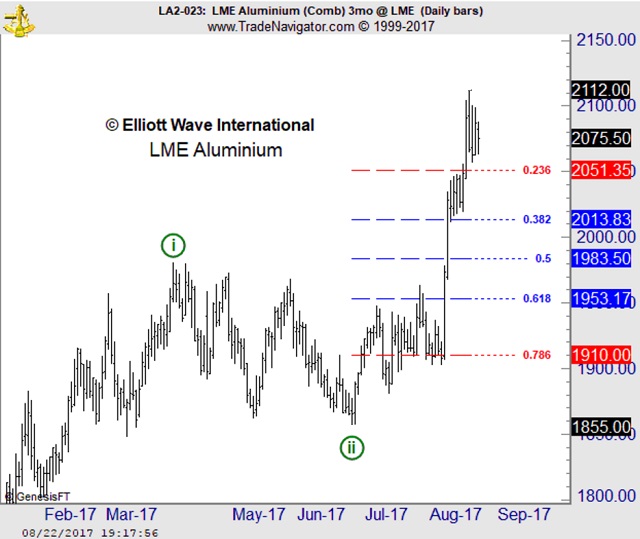 As the mainstream experts continue to wait on China for cues of aluminum's next big move -- our Metals Pro Service analysis has objective insight into the metal's most confident near-term course right now. In fact, right now, Tom Denham reveals the exact area prices must stay above to confirm aluminum's bullish potential is alive and well.