Gold is trading at prices not seen since 2013

Gold is often called a "safe haven." Its price is supposed to go up when other markets are falling.

Yet, lately, as the stock market has been making new highs, so has gold. What gives?

You'll find plenty of mainstream explanations that blame "geopolitical tensions." But here is a better one -- better, in a sense that it could have helped you get in front of gold's rally before the Iran news.

In the May Elliott Wave Financial Forecast -- published several weeks before today's "geopolitical tensions" -- EWI's Chief Market Analyst Steve Hochberg and his colleague Pete Kendall made this forecast for gold: 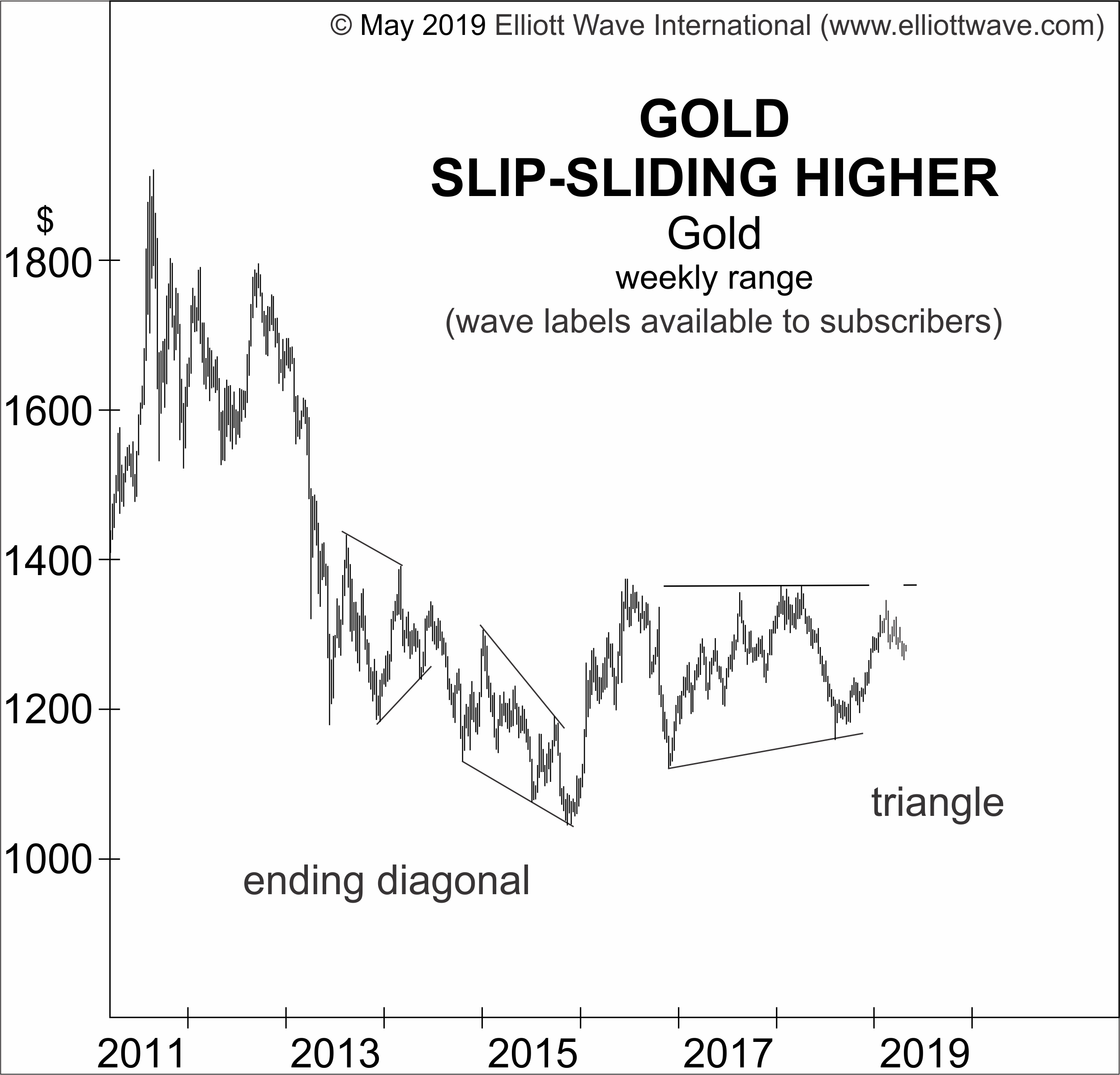 So, in early May, Elliott waves had already called for higher gold prices. But how long would the ongoing decline last before prices turned up? Did you have to wait until the Iran news began to dominate the headlines? Not really.

Gold's price mainly moved sideways for the next few weeks. At this juncture, Steve and Pete left open the possibiity that gold may have already hit its low. Here's what they noted in theJune Elliott Wave Financial Forecast: 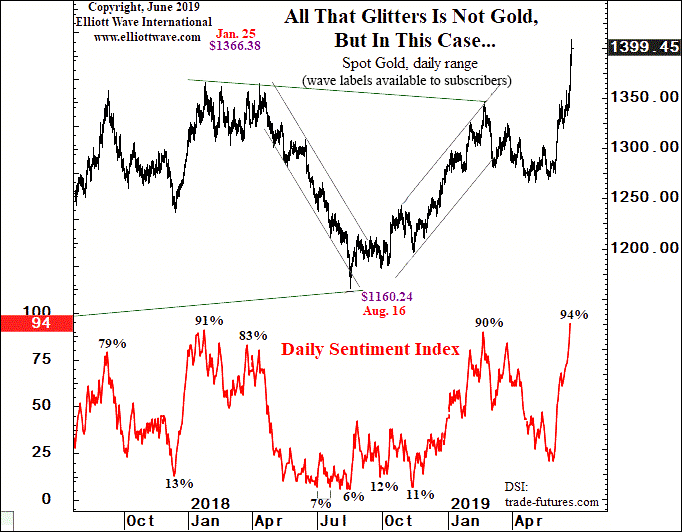 The June issue of the Elliiott Wave Financial Forecast allowed that $1266.10, the low on May 2, could be the end of a Minor wave decline, but we thought it was too shallow a decline as we went to press on May 31. It turns out that this low was indeed the end of the triangle pattern. Gold has thrust upward from the triangle's completion and today spot prices carried to $1408.56, which is the bottom of the $1400...-$XXXX target range that we discussed in the May issue of EWFF. At the same time, the Daily Sentiment Index (trade-futures.com) surged to 94% gold bulls, the highest level of optimism in nearly 8 years.

Now that gold has hit its minimum Elliott wave targets projected almost two months ago, the question is: What's next?

Get a peek at our updated gold forecast inside the current Elliott Wave Financial Forecast now, without any obligation for 30 days. Look below for details.

Those two words will likely describe many investors over the next two years.

Our latest big-picture Elliott wave forecast indicates that BIG price swings in the stock market are ahead. Most investors will likely be tricked as to whether it's a bull or bear market.

Prepare now for what our Elliott wave experts see down the road -- without any obligation for 30 days.

Look below to learn how to get started …