As you stand in endless lines today, waiting to have your last-minute holiday gifts wrapped, allow us to ease the pain just a bit with a segment we call "You Are Here."

Let's begin. First, check out the chart below of the U.S. platinum market. You'll see a marker in the bottom right corner. That's where "you" -- trader, investor, bored shopper wondering if your wife is going to like the matching pair of plaid pajamas -- are. The date is December 14. 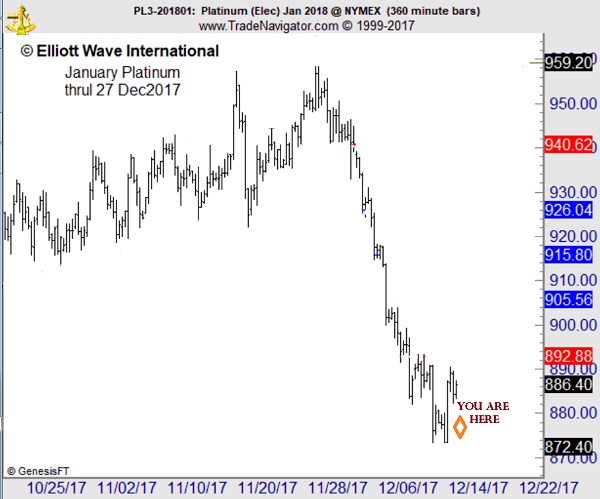 On that day, platinum prices were looking about as grim as a mall Santa with a weak-bladdered toddler on his lap. To be exact: Platinum prices had fallen for 10 straight sessions to circle the drain of 22-month low.

The precious metal had been overtaken by its less-lustrous rival palladium for the first time since 2001. And, according to one news source, the "worst-performing precious metal" was akin to a "dog with fleas." (Dec. 14 Seeking Alpha)

To add injury to insult, platinum's fundamental backdrop was filled to the brim with bearish news events, including a "demand-diminishing" rate hike on the part of the U.S. Federal Resrve, its third increase for 2017. Assessed one news site:

"Investors dumped precious metals as they rushed into cash, stocks, bonds, and even bitcoin."(NWI times)

So, now ask yourself: If you were here (i.e., there) on December 14, amidst a slew of negative incidents, where would you expect prices to go?

Answer: down, down to funky town.

And yet, platinum prices did the exact opposite: They took to the upside in a powerful rally. In other words, platinum completely went off its fundametnal script.

It did, however, honor its Elliott wave one. See, on December 14, amidst that same assault of negativity, our Metals Pro Service analyst Tom Denham identifed a near-term bullish set-up on platinum's price chart and wrote: 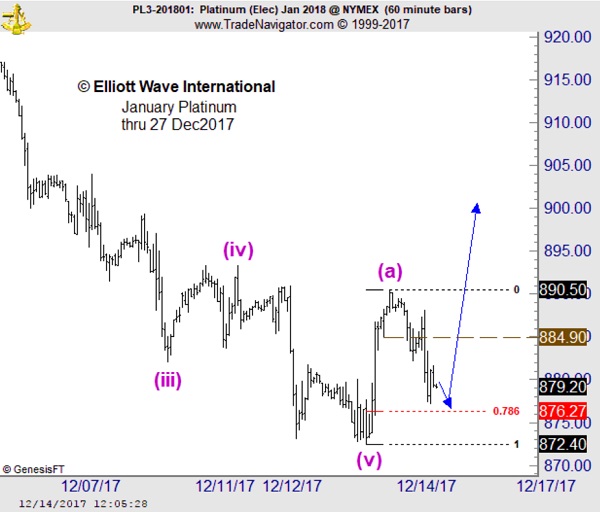 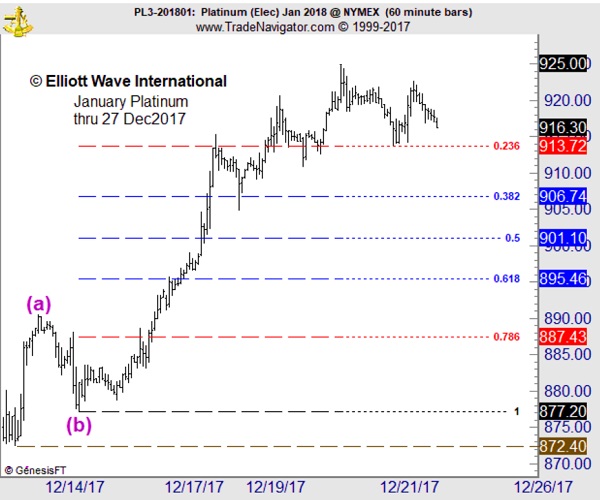 Wherever you are on the charts of the markets you follow, Elliott wave analysis is "there" to offer an objective view -- which, all too often, will go against the mainstream opinions at pivotal market junctures, to prepare you for the unexpected.