2019: Why It May Mark a Stock Market Milestone

The three pillars of market analysis and forecasting are patterns, momentum and sentiment.

Even so, EWI’s analysts also look at other factors when assessing financial markets.

For example, the just-published December Elliott Wave Theorist has a section titled:

The Theorist presents 12 stock market charts (with commentary) from the past century-plus: Each comes from a year ending in “9.” The twelfth chart takes you into November 2019.

Let’s look at two of those 12 historic charts.

The first sample chart and commentary focuses on the year 1919, when there was a notable market top: 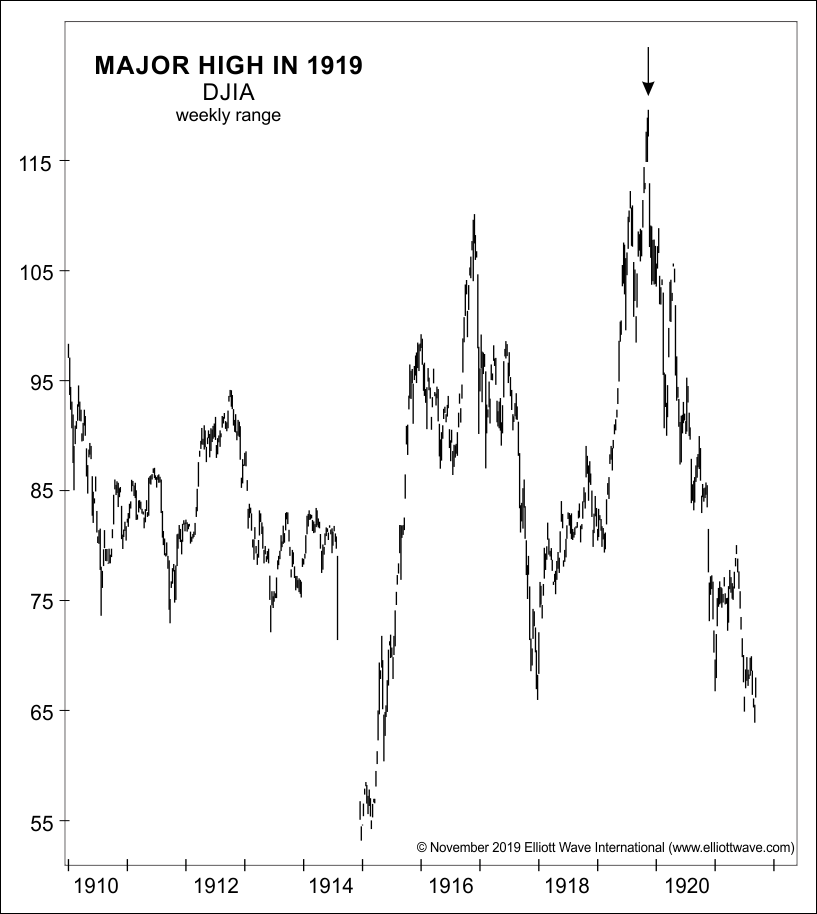 After five years of gains, November 1919 saw a market top that led to the biggest two-year percentage decline in twelve years. The stock market bottomed in 1921 with the economy in recession.

This next sample chart shows an instance when there was a major market bottom – 2009: 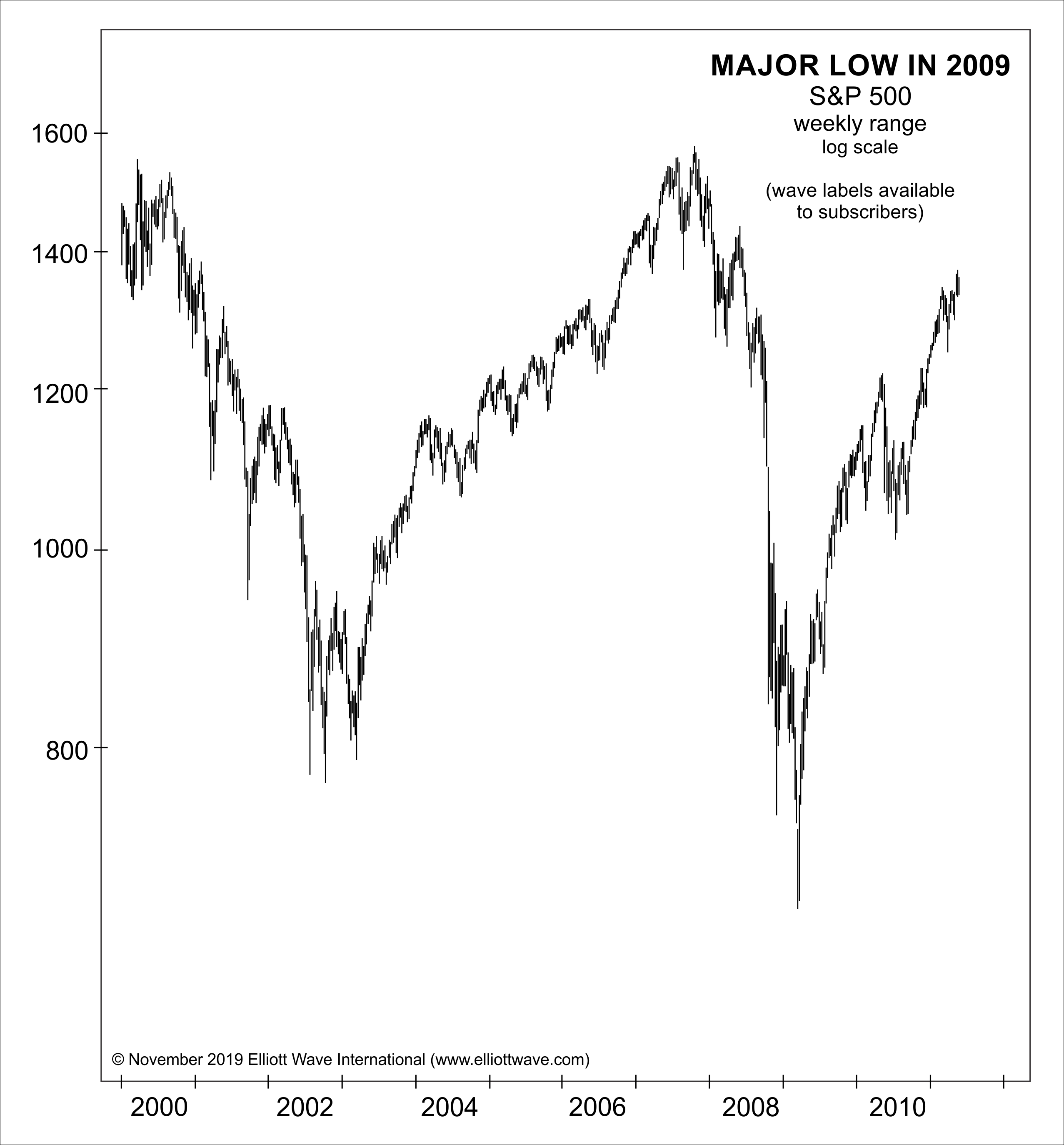 As for the upward stock market trend that began in March 2009 … is a conclusion "guaranteed" in 2019?

Well, let’s go back to the three pillars of market analysis and forecasting: patterns, momentum and sentiment for clues.

Our comprehensive Financial Forecast Service – which includes the Elliott Wave Theorist – provides you with valuable insights into each “pillar.”

Learn what our analysts expect for the stock market in the near- and longer-term. You can do so risk-free for 30 days. Look below to get started.

The Next Financial Downturn: Why Wait to Prepare?

A "warning" is useful only when you receive it beforehand.

Alas, in the financial world, most people wait until the first domino (or two) falls, before they act to protect themselves.

You know how fast dominoes fall.

By the time many investors actually decide what to do, much of the damage has already unfolded.

Enjoy the financial confidence that comes with being prepared before the next inevitable financial downturn.

This all relates to the big message that is found in our Financial Forecast Service, which you can access without any obligation for 30 days.

Find out how to get started by reading below ...