A Useful Perspective on Tech-Stock Boom

Here's how our May Elliott Wave Theorist concluded:

A new era of extensive stock-price advance... is more and more becoming the generally accepted outlook among both the public and professionals.

Interestingly, just nine days later, this Bloomberg headline fit the Theorist's analysis to a "T" (May 3):

It's hard to imagine a more financially optimistic proclamation, and a lot of that optimism is directed toward the technology sector.

Here's a chart and commentary from the just-published May Elliott Wave Financial Forecast (wave labels available to subscribers): 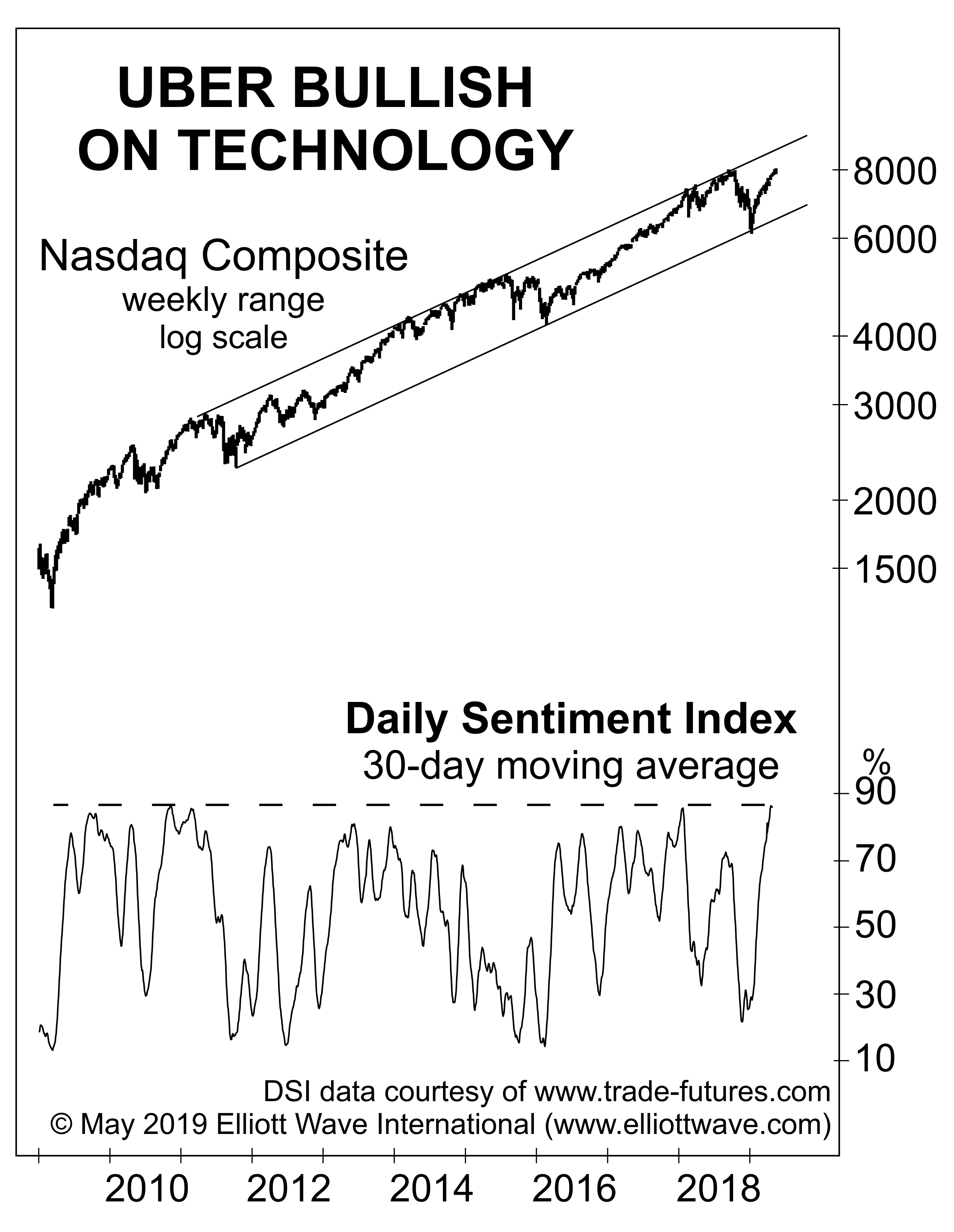 Technology is at the heart of the rally, and the chart shows that the bullish sentiment toward the tech-heavy NASDAQ Composite is at its highest level of the ten-year rally. The 30-day Daily Sentiment Index (courtesy trade-futures.com) pushed to 86.6% last Friday, matching its highest level in nearly 12 years.

It's Time to Buy Tech Stocks

There was another period when enthusiasm over technology shares was at a fever pitch: 1999-2000, despite the fact that many dot.com companies had little to no earnings.

Today, a group of 11 internet-focused IPO candidates selected by The Economist shows a cumulative loss of more than $40 billion from 2014 through 2018.

To see profitlessness as rampant as today's you have to go back to the peak of the dotcom boom in 2000.

Is it "different this time?" To answer this question, you need to see the technology sector's Elliott wave pattern. Back in 2000, we relied on it to forecast what's next -- and we are doing it today, as well.

Learn what our just-published, May Elliott Wave Financial Forecast has to say about the technology sector via a 30-day, risk-free trial. Look below for details.

Our publications are filled with independent and useful analysis that you will not get from most market pundits or the mainstream financial press.

You see, EWI does not look to outside news events (or other guesswork) to forecast what financial markets will do.

Our Elliott wave experts examine the market itself.

Learn how our experts do this, risk-free for 30 days.  Look below to learn how to get started …