How This Global Financial Player Became “Primed” for a 90% Plunge

“Credit Suisse will not be the end of this story”

Opening up a trading account with any of the well-known online brokerage firms is one thing.

Availing yourself of the services of a "prime brokerage" is quite another.

You see, only big market players like hedge funds can tap into the amount of leverage offered by the prime brokerage services of Goldman Sachs, Morgan Stanley, Bank of America Merrill Lynch, Credit Suisse and others in their league.

But things can turn south very quickly when huge sums of borrowed money are at stake.

For instance, you've probably heard of the late-March implosion of Archegos Capital Management, which defaulted on loans used to build a whopping $100 billion portfolio. Borrowed money from prime brokers was employed to make eight-fold market bets, and in some cases, twenty-fold. This was disastrous for lender Credit Suisse, which took a nearly $5 billion hit.

Our just-published May Global Market Perspective mentioned the Archegos debacle, showed this chart, and said: 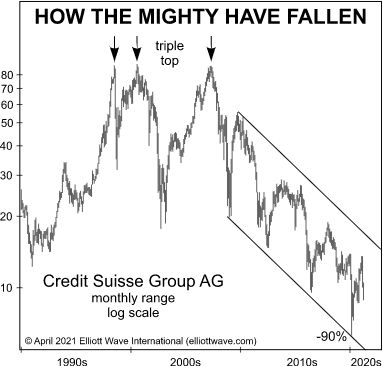 Credit Suisse announced a "raft of changes within the investment bank because of the loss," and experts say that legal costs tied to the matter could drag on for years. Should anyone actually be surprised? The company's stock price began to predict this disaster ever since it formed a triple top more than a decade ago. Peak to trough, prices fell 90% into their March 2020 low, declining within a narrow trend channel that has governed the stock since the financial crisis.

A past issue of the Global Market Perspective mentioned that...

...the size, complexity and range of hedge fund investments is much broader and more complex than those of the pools and syndicates in 1929.

Of course, that was the year of the historic stock market top.

Yet, getting back to 2021, our May Global Market Perspective added:

Credit Suisse will not be the end of this story.

Learn why the May Global Market Perspective said that, plus get the publication's Elliott wave analysis of major stock markets around the world.

Will the Biggest Global Financial “Shift” of a Lifetime Start Soon?

The charts and Elliott wave labels are all laid out in our just-published May Global Market Perspective.

Yes, some of the 50+ financial markets in GMP's monthly coverage are closer to the "shift" than others...

...Yet the overall global financial story is eyebrow raising.

Get ready for a global financial "shift" that will likely unfold swiftly.

Follow the link below to subscribe to our just-published May Global Market Perspective so you can prepare. 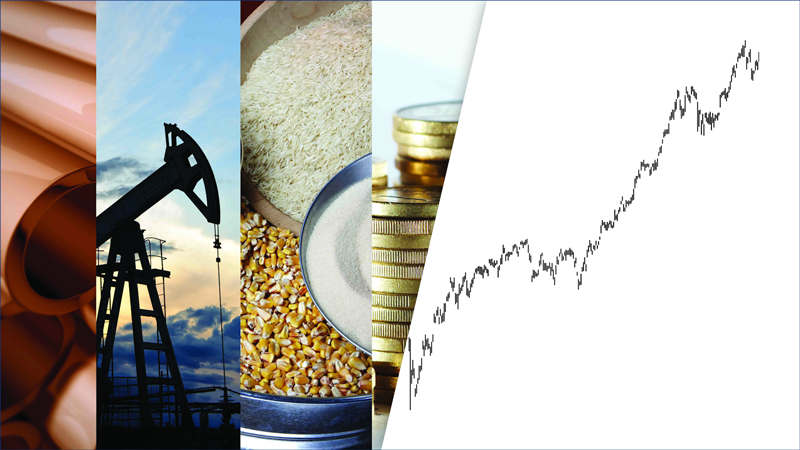 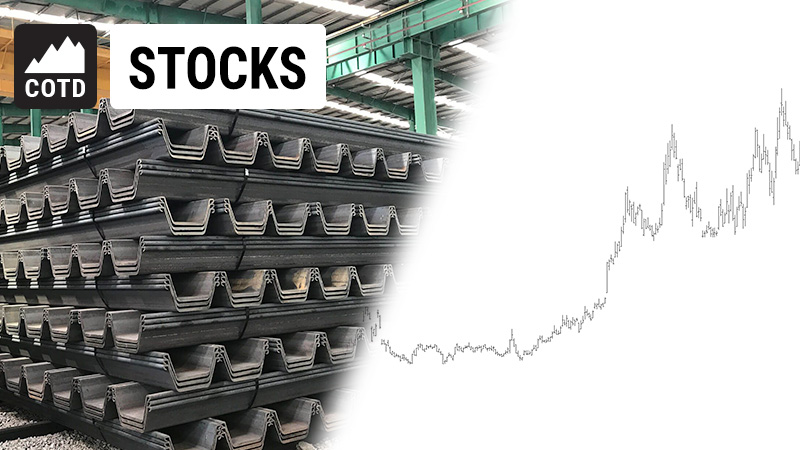 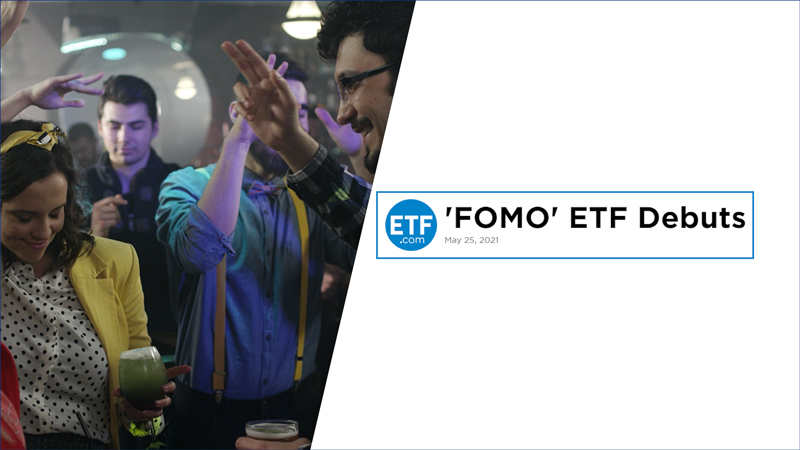