Wall Street is asking “Could Things Get Worse?” for junk bonds. We asked that question last July. The answer was the same then… and now.

The other day, while doom-scrolling social media about catastrophic heat waves and vaccine-resistant Covid variants, this Tweet about a different kind of crisis popped up (July 5): 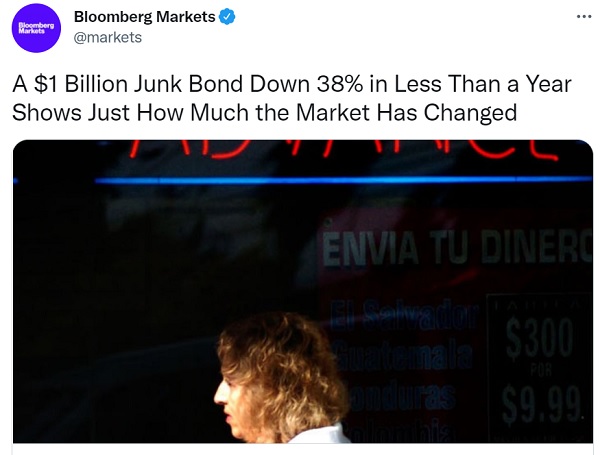 So, I did some digging. Turns out, this isn't a story about a single junk bond hitting the nine-digit skids. The panic-button is officially ON for the entire global junk bond sector. On July 26, one news source issued this stark statistic:

"We just finished the worst half-year on record for fixed-income investors. [There is] Panic in Junk Bonds... And it Could Get Much Worse."

"The market for high-yield corporate bonds -- often referred to as 'junk bonds,' a Wall Street sobriquet for the debt of companies with less-than-stellar credit ratings -- is flashing a warning.

"As of the close of markets on Thursday, the spread on the Bloomberg High-Yield Corporate Bond index -- a measure of the risk premium being demanded by investors holding the bonds included in the index -- had reached its widest level since July 2020."

So, I did some more digging! And ended up excavating a much deeper truth.

If you look at the CCC-rated junk bond yield minus U.S. Treasury bond yield since the start of 2021, you'll see this bellwether yield-spread touched down at a 15-year low of just 452 basis points in July. To translate: A narrowing spread correlates with a preference for high-risk, high-yield bonds over the security of investment-grade bonds.

But that 15-year low in spreads wasn't hit this July... it came last July, a year ago!

Notably, last July was also the moment Wall Street popped the cork on a bottle of bobbly celebrating the new junk bond boom -- right at that 15-year low in yield spreads!

"Junk bonds aren't so junky anymore, with a strong fundamental backdrop helping to underpin what traditionally has been one of the riskiest sections of the financial markets."

Which is to say, many mainstream pundits were not seeing "flashing warning signs" -- yet, those signs were flashing all right. You just needed to know where to look.

In our July 2021 Elliott Wave Financial Forecast, we warned of a coming crisis in junk bonds and said:

"Historic levels of fiscal and monetary stimulus have led to an epic complacency among buyers of sub-basement-quality debt...

"Now, investors are super-confident that the Fed will prevent everything from declining in price, including the junkiest of junk debt. It will fail to do so, again."

And now, one year later, in our July 2022 Elliott Wave Financial Forecast, we put the chart of the CCC-rated junk bond yield minus U.S. Treasury bond yield front and center and show that from the 15-year low in July 2021 the spread has more than doubled. 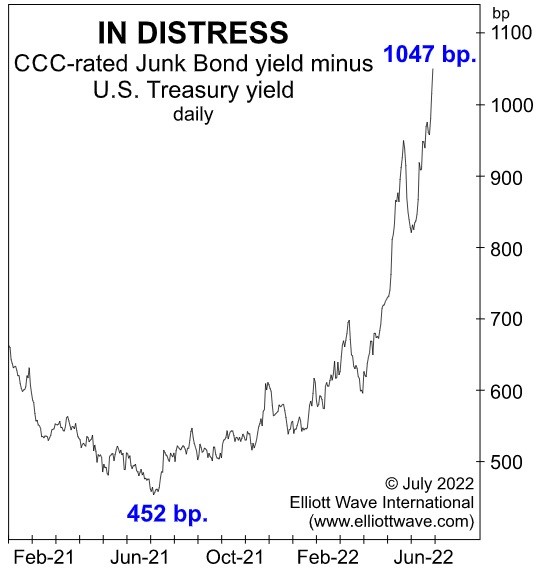 "June's [2022] total return in high yield bonds is -6.7%, which, except for the market meltdown in March 2020, is the largest monthly loss since the depths of the Great Credit Crisis in September, October and November 2008. It's even worse for CCC-rated junk bonds, where the first-half loss was 16.4%, the biggest on record."

Widely seen as the canary in the broader market coal mine, junk bonds are one of the first indications of whether the economy will come out chirping or fail to emerge at all.

Furthermore, on July 21 the New York Times revealed that the yield curve among short-, and long-dated government bonds is now inverted, confirming the futility of the Fed to prevent a collapse in bond prices, as predicted in our July 2021 Financial Forecast. From the New York Times:

"Wall Street's most-talked-about recession indicator is sounding its loudest alarm in two decades, intensifying concerns among investors that the U.S. economy is heading toward a slowdown."

"An inversion of the bond market's yield curve has preceded every U.S. recession for the past half century. It is happening again."

Right now, the July 2022 Financial Forecast reveals what other signs are flashing to help you prepare for what's likely to come.

See Our Comprehensive Forecast for Every Major U.S. Market

Our monthly Elliott Wave Financial Forecast is a publication like no other because it delivers forecasts you won't see elsewhere.

If you need comprehensive coverage of the U.S. stock indexes, the dollar and euro, interest rates, gold, silver and the U.S. economy, our Financial Forecast Service delivers that directly to your screen, for as little as $97 per month.

Follow the fast steps below to get started instantly. Published near the beginning of each month, the Financial Forecast gives you the longer-term view of U.S. stocks, bonds, gold, silver and the U.S. dollar as well as investor sentiment, the economy and our ever-popular Cultural Trends section. 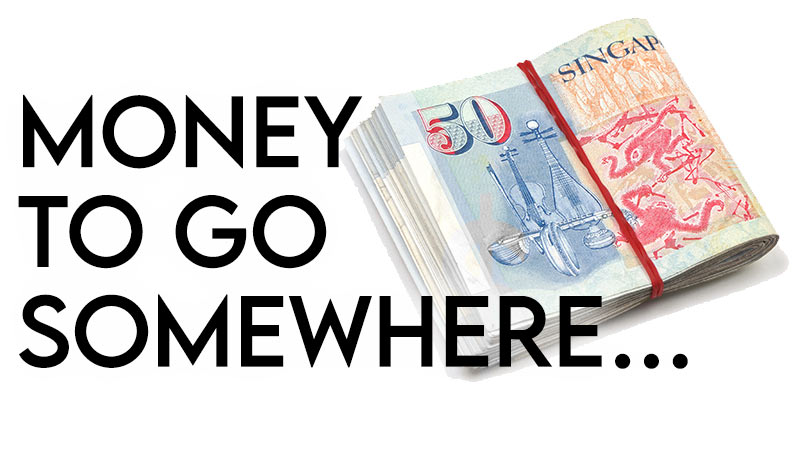 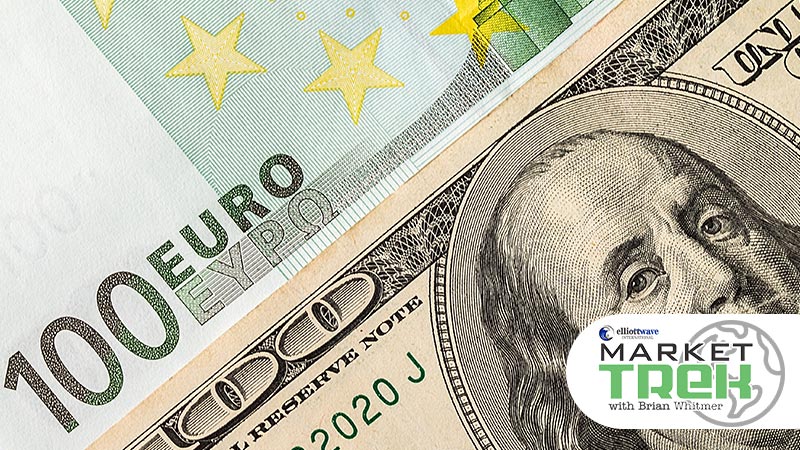 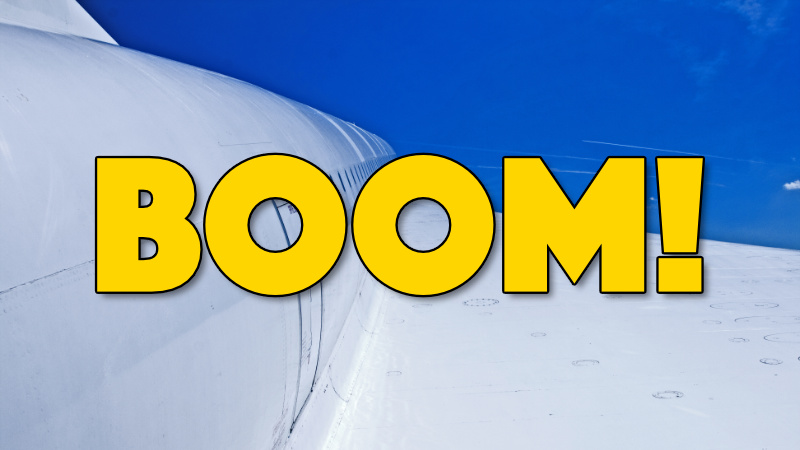