Lululemon Stock: From Down-Dog to Up, Up, and Away!

LULU has enjoyed a mid-2021 comeback to record highs. Is a monster, Q2 earnings report to thank?

When life handed us the sour lemon of a global pandemic and ensuing lockdowns, we made -- well -- lululemonaide. Kinda!

The tidal shift from on-site office work to working from home prompted an equal shift in professional attire. Formal pantsuits gave way to comfy sweatpants manufactured by the likes of Lululemon, the leader in athleisure and yoga-inspired activewear.

In turn, the company' stock LULU more than tripled between March and August 2020, becoming one of the best-performing retailers of the pandemic. But as this long-view price chart of LULU shows, by fall of 2020, the stock's bull run took a long breather, languishing in place until striking out of its sideways trend a year later. 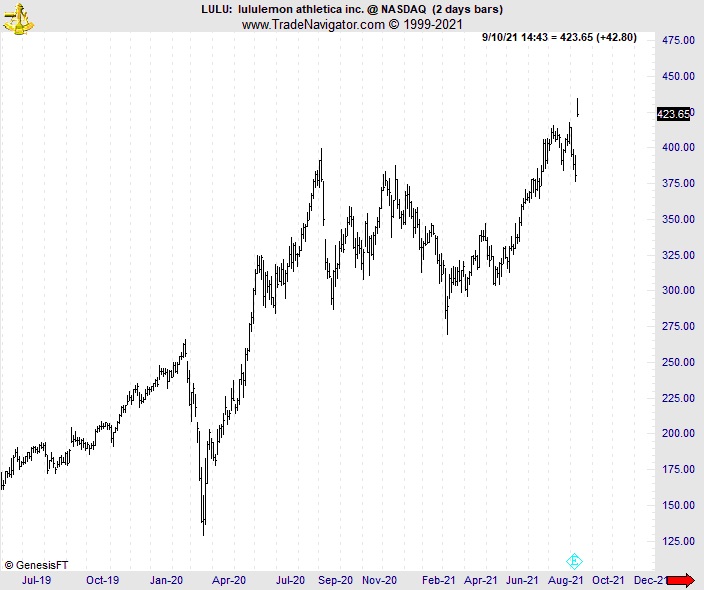 Which brings us here. On September 9, LULU tapped its highest-ever price level and mainstream experts flocked to one specific news event like a yoga teacher to a juice bar: Lululemon's September 8 second-quarter earnings report, which far exceeded expectations:

The Monster Earnings Report probably did contribute to LULU's jump to a new record high. But remember, LULU was already up 300% over the past four months! That's when the real opportunity was at hand -- yet, back in March and April, mainstream experts weren't sold on LULU.

A March 31 Barron's headline read, "Lululemon Stock is Slipping as Investments Weigh on Outlook." It cited the stock's 9% year-to-date selloff amidst a "downbeat financial forecast." The article's outlook was unclear, ultimately questioning whether the athleisure bubble had finally burst:

"...Lululemon and other athletic-gear makers enjoyed a strong 2020. Now, like other pandemic winners, they face questions about whether the momentum will last."

Yet, while the fundamental outlook for LULU was up in the air, its Elliott wave outlook was sharply in focus. In our April 15, 2021 Trader's Classroom lesson, editor Jeffrey Kennedy showed this bullish chart of LULU. From the Elliott wave standpoint, prices were at the cusp of a third wave advance -- LULU was about to go from down dog to striking cobra. Here, Jeffrey's April 15 analysis confirms:

"What will be interesting moving forward is if we can keep the market above the April low, and then at some point moving forward begin to move above the upper boundary line of the base channel, thereby confirming the presence of third wave price action." 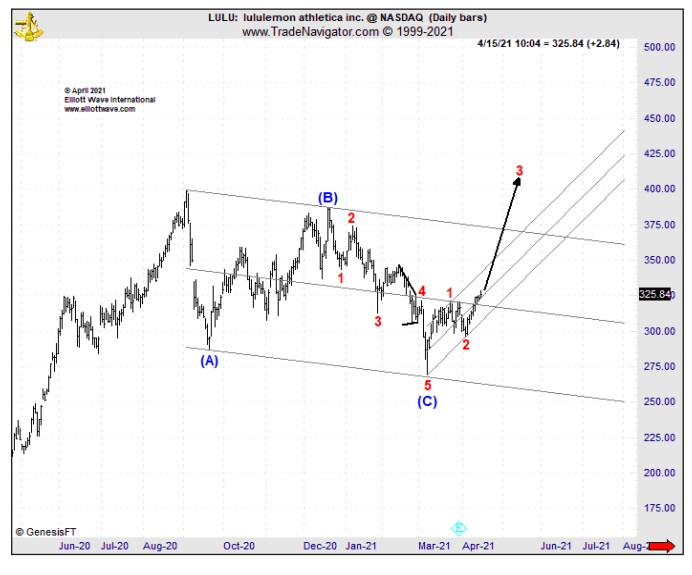 The next chart captures LULU's healthy rebound to record highs that followed:

It would be great if we could say that every Elliott wave-based forecast unfolds as precisely as this one did. But that isn't possible; no market-forecasting method is perfect.

What we can say, though, is that Trader's Classroom editor Jeffrey Kennedy is among the world's leading Elliott wave practitioners. And every new forecast he makes -- 3 times a week -- leaves you more equipped to navigate the markets while helping you minimize risk along the way.

From LULU to AAPL: Fruits of Opportunity Are Ripe

The best part about finding opportunity in the world's leading stocks is that with Elliott waves, you can do it in your sweatpants!

Then he records a video showing you how to recognize the makings of that opportunity using Elliott waves and other technical analysis tools.

Watch the latest lessons now -- here's how to get instant access. 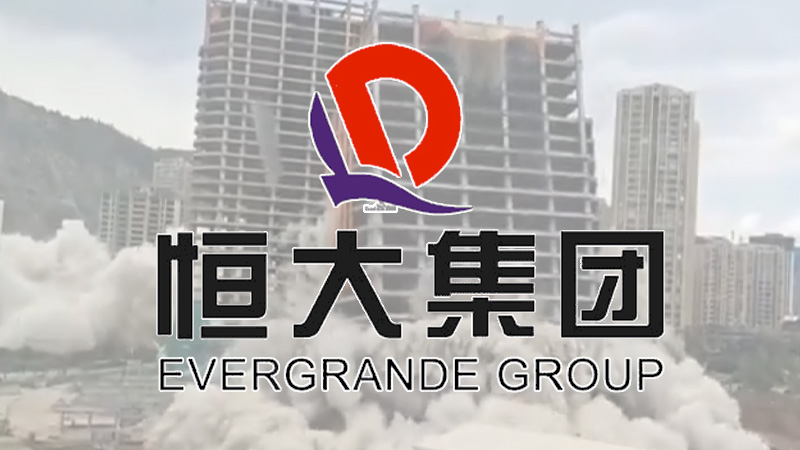 China Evergrande was the world’s "most valuable" real estate brand. Yet when the bottom fell out, not all investors were surprised that Evergrande is in trouble: See why the unsurprised includes Global Market Perspective subscribers. 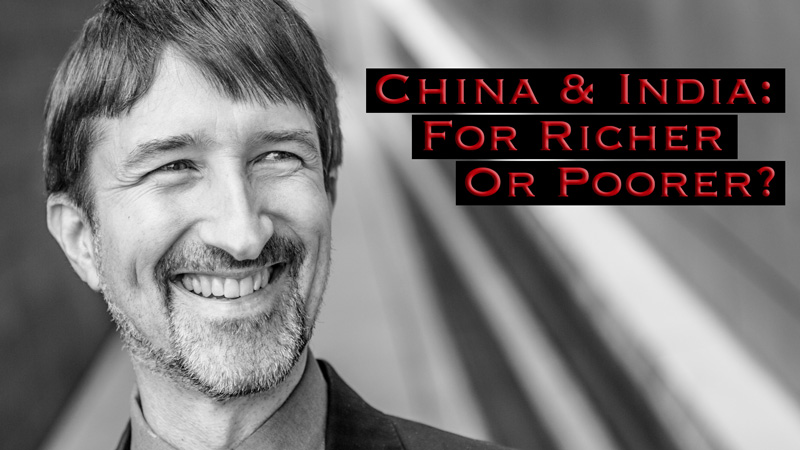 Read this excerpt from the September Asian-Pacific Financial Forecast to see where China and India are headed: for “wealth creation” or “wealth destruction.” 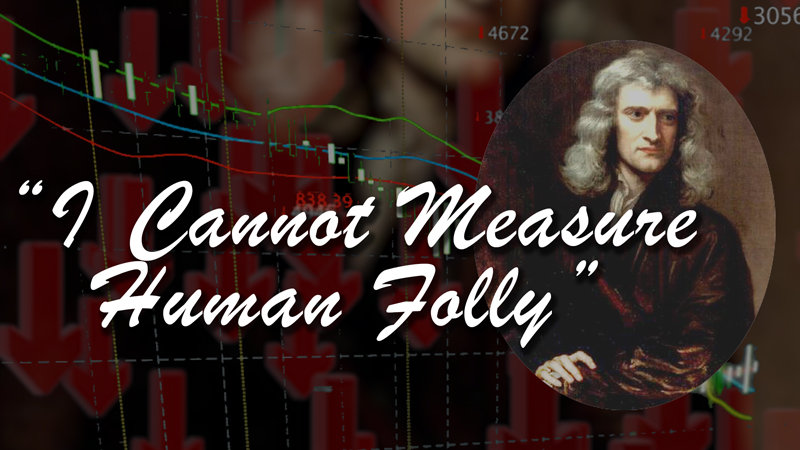 Sir Isaac Newton said: "I can measure the motions of bodies, but I cannot measure human folly." Get the financial context of this famous mathematician's statement, plus learn how investors can lose money in the best performing mutual fund.