Why Stock Market Corrections Trick So Many Investors

This stock certificate serves as a warning

After a long bear market, the first significant pullback in a new bull marketusually convinces investors that the old bear market is back to stay.

The same psychology applies during the first big rally in a new bear market. Investors are convinced that the bull market has resumed.

Here's a personal historical example from Robert Prechter's June Elliott Wave Theorist (keep in mind that the "B-wave advance of 1930" was the first big rally after the start of the 1929 bear market):

The B-wave advance of 1930 caught the public. Pictured below is a certificate for four shares of National Public Service Corporation preferred stock that my grandmother bought on issuance on April 3, 1930. The corporation was a holding company for various utilities and was considered a highly conservative investment. 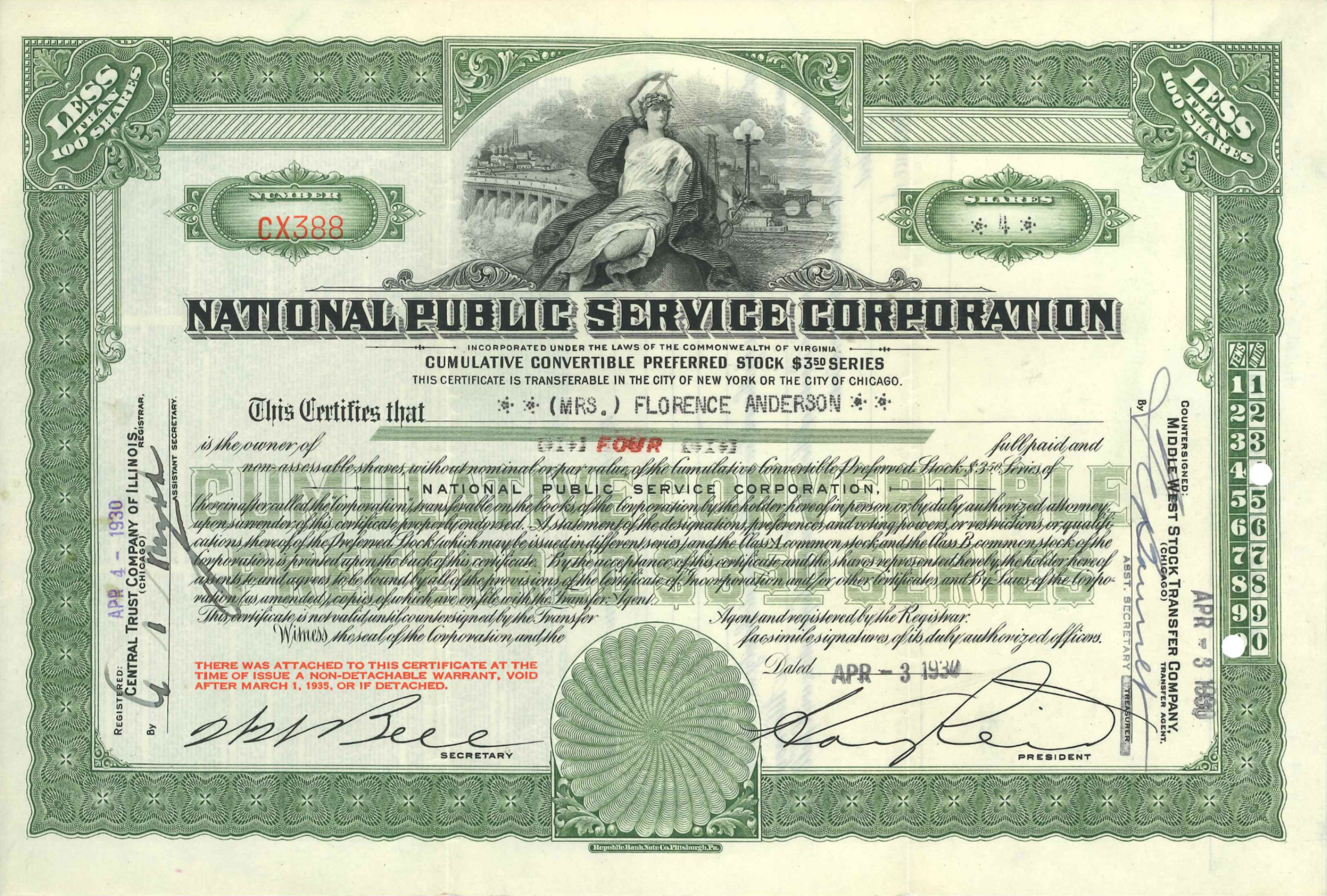 The chart below shows that timing. 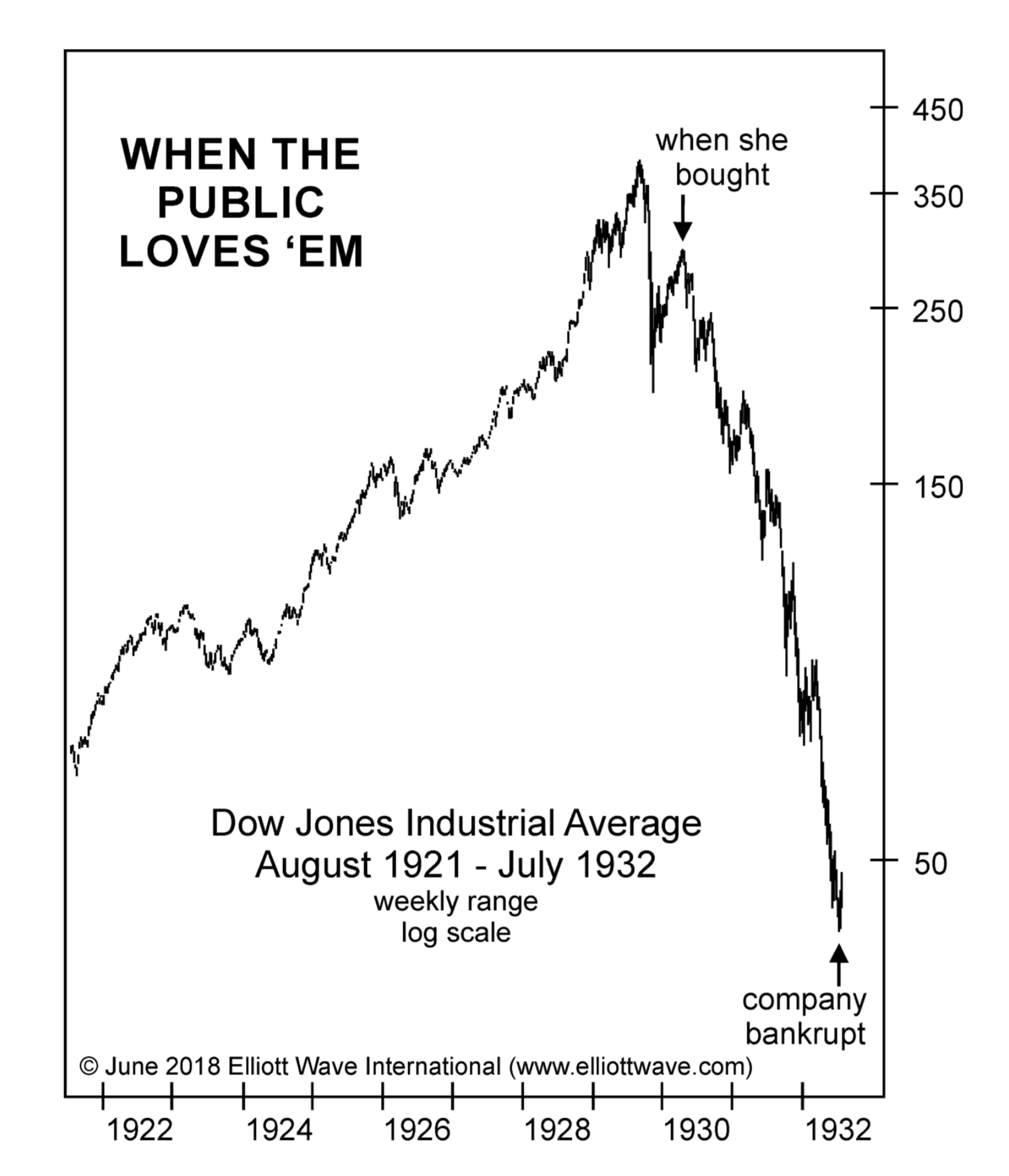 The B wave peaked 13 days later, after which the Dow turned down to complete a decline of 89%. Two years later, in 1932, the company filed for bankruptcy, making the shares worthless.

Although the shares are worthless, the certificate remains valuable. It serves as a warning against buying stock late in a bull market or early in a bear.

So, what does this have to do with the current market environment?

Well, this chart and commentary from our July Elliott Wave Financial Forecast tells you (wave labels available to subscribers): 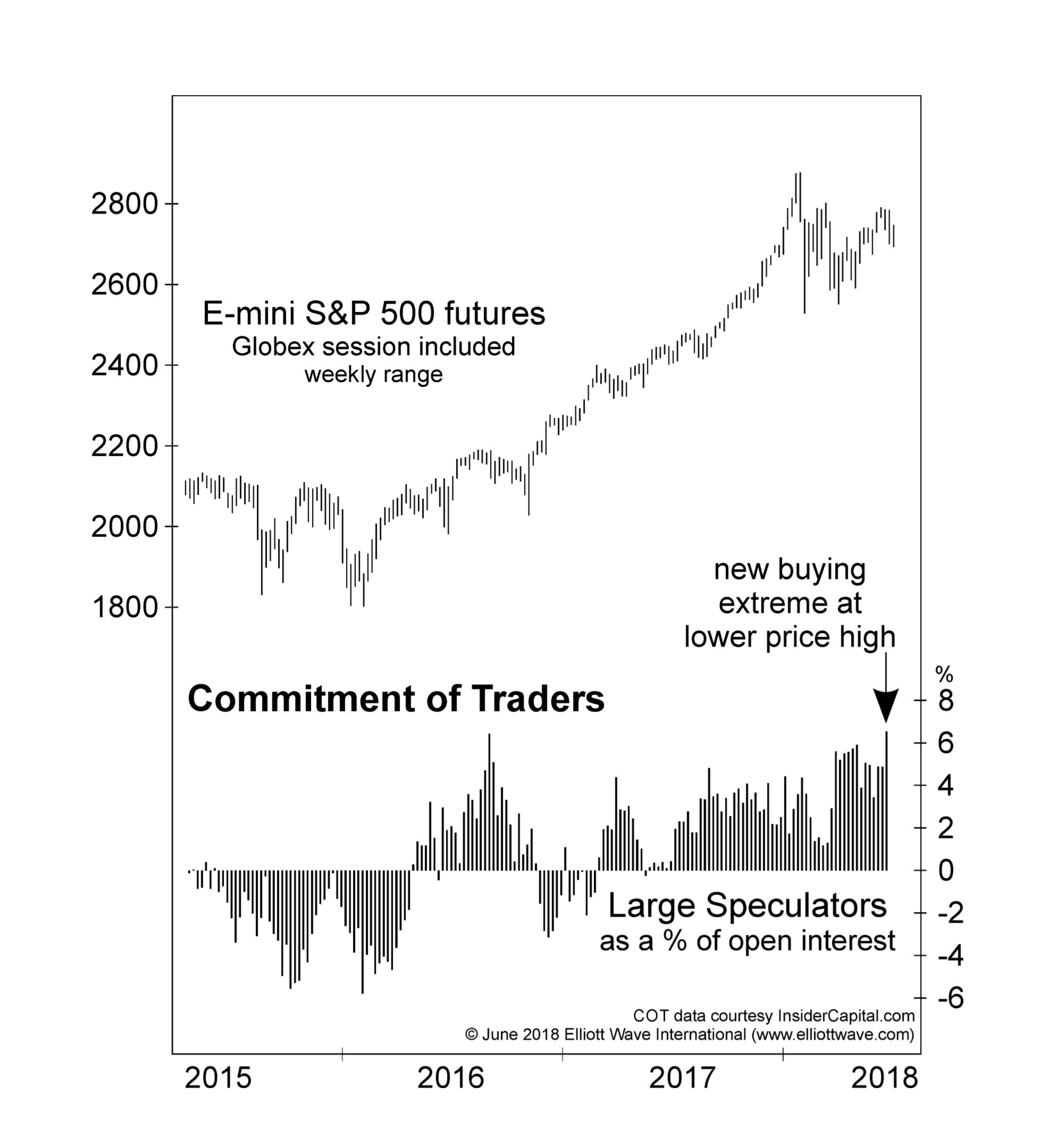 Now is the time to get ALL of our stock market analysis so you can prepare for the DJIA's next big move.

Fooling Investors at Critical Junctures: How the Stock Market Always Finds a Way

It has happened again and again throughout market history!

Why? Because investor psychology never changes.

Know that Elliott waves directly reflect this investor psychology. So, knowledge of our current Elliott wave analysis can help you sidestep the market's tricks (yes, the market appears to be at one of those "critical junctures").

Learn what our analysts are saying about the DJIA's price pattern, risk-free.

Get details by reading below …

TSLA: Closing a Gap Tells You What's Next

Global Stock Markets: Keep Your Eye on This Remarkable “Divergence”

The Dow's September Decline: What Does It Mean?