Will FANG Take the First Big Bite Out of the Bull?

Technology crazes -- we've been here before, and before

Stock market action in recent weeks suggests that the enthusiasm for the technology sector is simmering down. More than that, outright animosity is being directed toward some of technology's biggest names. Here's what we see down the road.

Today's giants of technology -- Facebook, Apple, Netflix and Google (now Alphabet, Inc.) -- loom so large over the financial landscape that they've been given their own catchy acronym -- FANG.

A new ETF is hoping to capitalize on it (CNBC July 12):

AdvisorShares on July 12 debuted its New Tech and Media ETF under the ticker FNG. The fund will initially track 28 "disruptive innovators," the company said.

Besides the four original FANG stocks, the holdings of the new ETF include Microsoft, Nvidia and Broadcom, as well as 21 more names from the high-tech industry.

The Wall Street technology craze may not end tomorrow, but this is an appropriate juncture to pause for a little perspective, which is found in our July Elliott Wave Financial Forecast:

Why the Latest Techno-phoria Matters

When a similar infatuation with science and technology permeated discourse in January 2000, EWFF cited parallel episodes in 1835, 1929 and 1968. ... Last month, EWFF argued that the NASDAQ had detached itself in much the same manner as part of a similar topping process. We emphasized that, in this case, the trend was accentuated by an extremely thin list of big-cap tech stocks that accounted for much of the NASDAQ's rise. In an important shift, the NASDAQ is now being weighed down by the same stocks that dominated its year-to-date advance to the June 8 high. The media finally took notice after June 9. That day, after reaching a new all-time high shortly after the open, the NASDAQ 100 index plummeted 4% in just five hours. ... The severity of the June 9 tech "wreck" suggests that the supposed premise for the stock market's rally is historically wobbly.

This role reversal is perceptible in another development, an outbreak of attacks in June against the very same technology companies that were considered Wall Street treasures just a few short weeks ago. ... 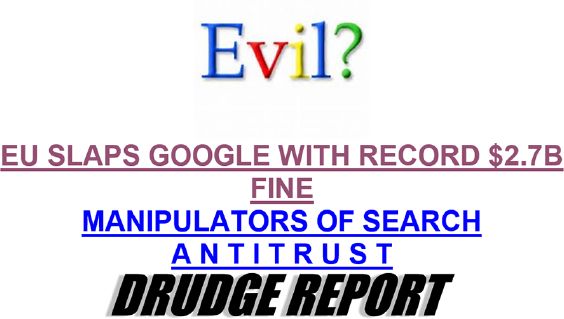 Amazon is also drawing fire. ... The flurry of attacks on successful tech companies amidst a suddenly lagging tech sector suggests that when the broad trend changes to a bear market, the tech sector will be downside leaders, similar to what occurred after the 2000 market top.

Expect more scrutiny of the big tech companies as the financial trend shifts from a shaky optimism to outright pessimism.