A Goldman Sachs Comeback: A Different Kind of Uprising... In Price!

In March of this year, a group of 13 Goldman Sachs first-year associates banded together and "revolted" against what they cited as "unsurmountable" levels of work, including 98-hour weeks, "crushing workloads," and impossibly tight deadlines. 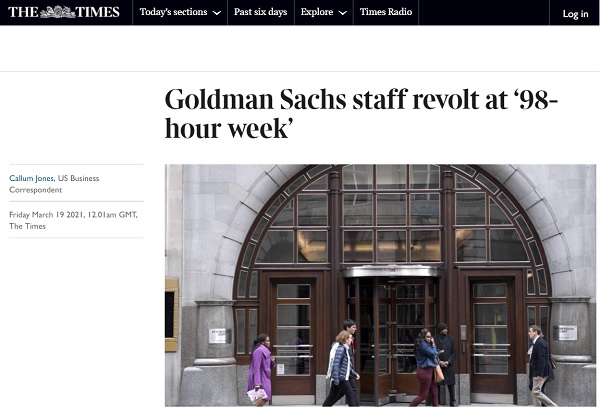 Recently, a September 22 Bloomberg described the organized movement against working conditions at one of the world's largest financial institutions as the "closest thing modern Wall Street has ever had to a proletariat uprising from within."

But while an anti-Goldman revolt was underway with internal sentiment plumbing new disgruntled depths, this chart of Goldman Sachs' stock (ticker symbol GS) shows that an opposite, pro --Goldman UP RISING was taking place among investors.

Between January and August, GS more than doubled in value to its highest level in the 22-year history since its IPO. 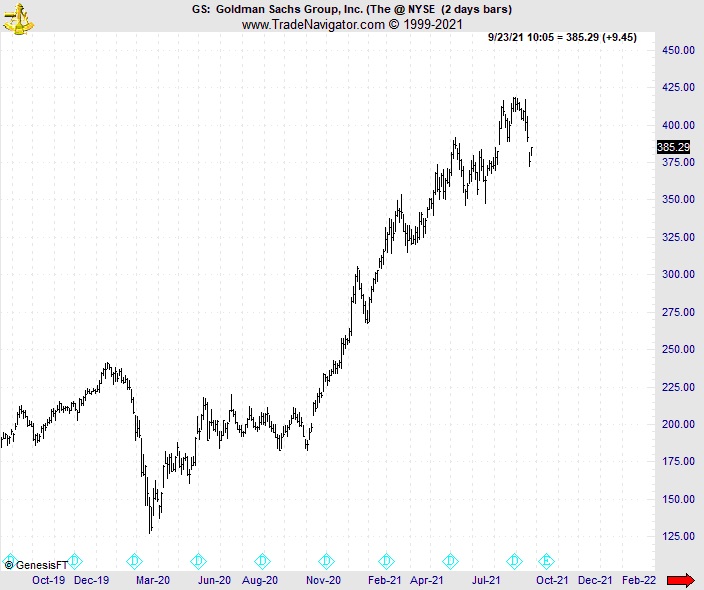 According to mainstream analysis, Goldman's surge was fueled by a series of bullish factors, including:

Fiscal stimulus along with the distribution of the Covid-19 vaccine. Said an August 26 Forbes:

"The market leader in the investment banking space gained roughly 40%, outpacing the S&P 500, which grew 11% over the same period. First, the approval of the $1.9 trillion stimulus package. Second, the fast-paced Covid-19 vaccination drive in the U.

"Both of the above factors strengthen the prospects of a strong economic recovery, boosting investor sentiment."

Here's the problem, though: ALL of these factors emerged well into 2021 -- after GS's uptrend was already afoot.

But even before 2021 began, our Trader's Classroom editor Jeffrey Kennedy primed the way for a Sachs comeback back in December 2020.

At the time, a slew of bearish fundamentals lingered in the bank's backdrop. Forbes said on December 3:

"The company's current P/E is around 11x, which leaves a limited upside potential for the stock."

In contrast, our December 23, 2020 Trader's Classroom presented the following bullish chart of GS which showed prices in the early stages of a powerful Elliott wave pattern: the third wave advance. In editor Jeffrey Kennedy's own words:

"It still looks like we still have probably 100 or so bucks to the upside. This isn't going to happen in 1 week or 3 weeks. I think we're working an impulsive wave so there's definitely going to be some time and price here.

"...it looks like for at least Goldman Sachs, it's going to be a good year." 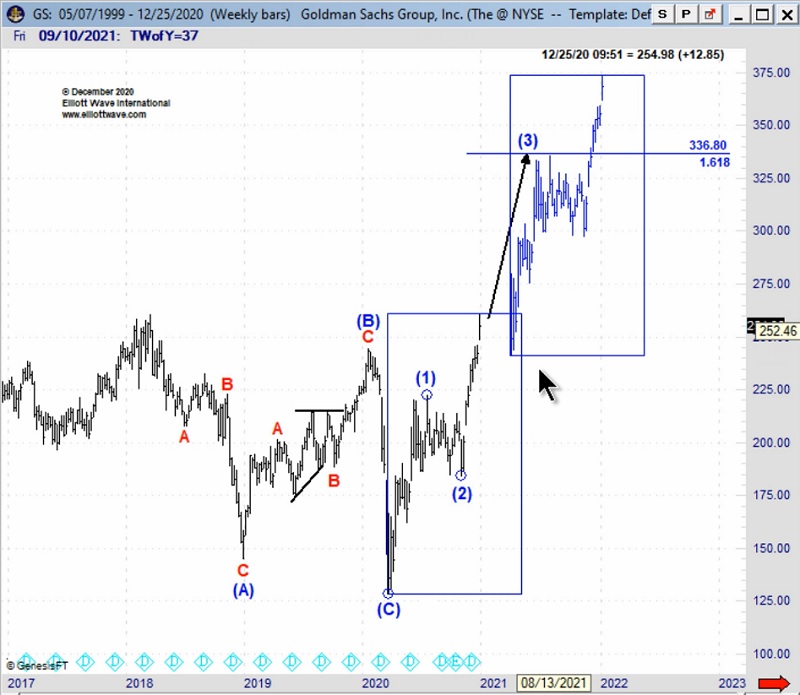 From there, GS took to the skies in a slow yet steady rise. By April, price had reached the lower end of Jeffrey's target window and the time had come to revisit the banking behemoth.

In his April 9, 2021 Trader's Classroom, Jeffrey revised his original wave count, leaving room for further rally to an unprecedented level:

"We have still further rally to go in Goldman Sachs. A good objective and some additional targets would be up to 375, and if things get exuberant, maybe all the way up to 400." 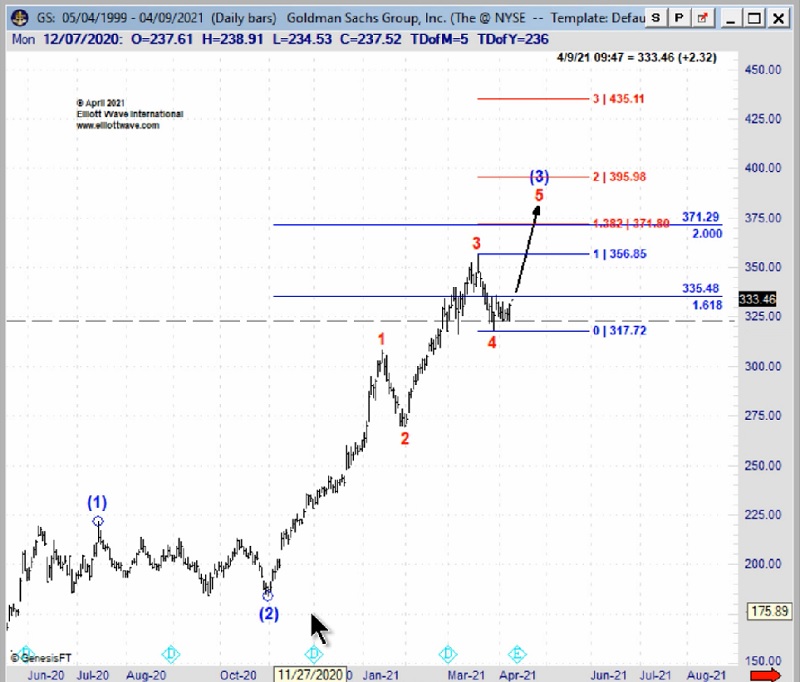 Again, GS continued higher, reaching and surpassing $400 in August before taking a breather.

Today, there's another option for those disgruntled with the old, "fundamental" system of market analysis: our Trader's Classroom video service. Find out which markets are ripe for change now, before you read about it in the news.

Trader's Classroom editor Jeffrey Kennedy is NOT a stock picker for hire! He's an educator. That's why he calls his service a "classroom" and not a bull pen.

Trader's Classroom equips subscribers with life-long tools for identifying high-probability setups on any price chart, of any market, and any time frame.

And, Trader's Classroom teaches newbies and seasoned speculators alike how to optimize potential rewards while minimizing risk every step of the way.

See below to flip the script on your trading future. 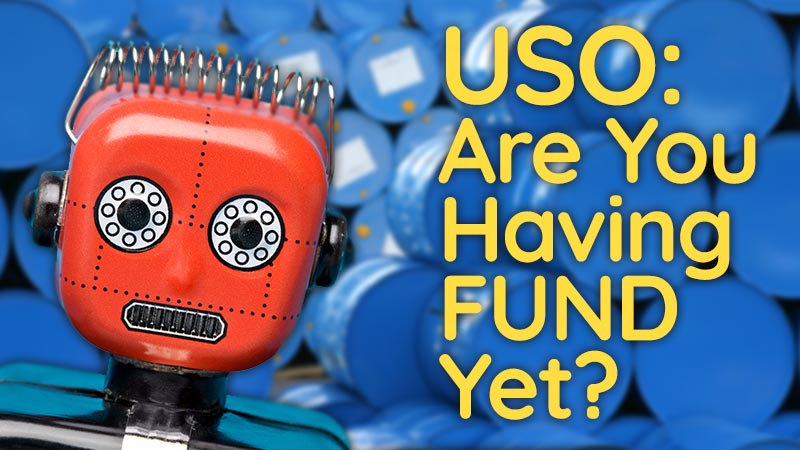 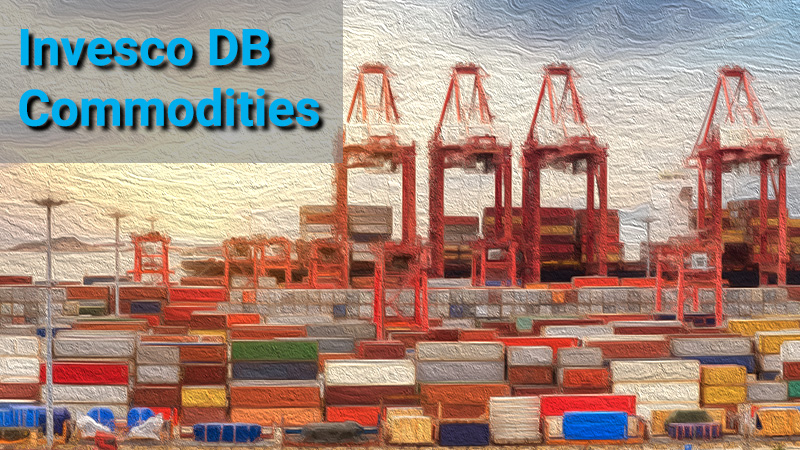 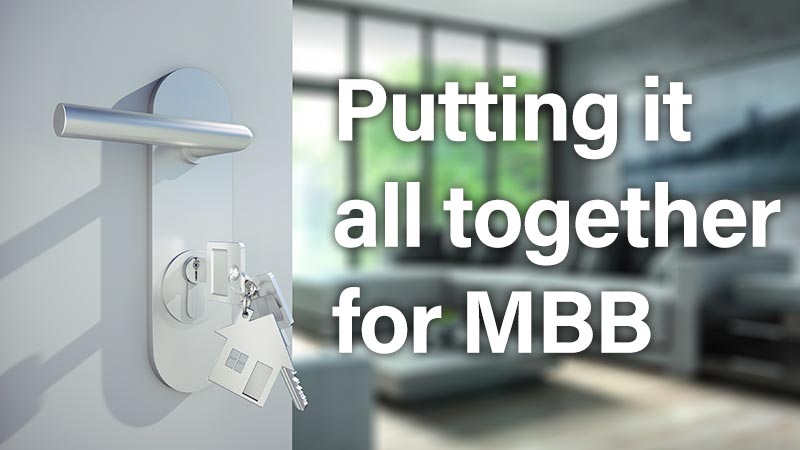