An Analyst. A Trader. A “Head & Shoulders.” See What Happened Next.

The old saying about "two heads are better than one" applies even to learning how to up your trading game.

Here's what I'm talking about: The editor of our Trader's Classroom, Jeffrey Kennedy, has recently teamed up with professional trader Todd Gordon, who regularly appears on CNBC and shares his market insights on his TradingAnalysis.com. It is highly instructive to watch these two discuss the markets.

Such was the case on Aug. 30, when Jeffrey and Todd spotted a potential trade setup in Prudential (PRU). Jeffrey set the stage by explaining why he believed the stock was on the cusp of a move higher: the chart's bullish Elliott wave pattern and an inverted head-and-shoulders pattern.

The image below shows you both a bearish and bullish Head & Shoulders. The inverted pattern, the bullish one, is at the bottom. Both patterns show a penetration of the neckline, a potential trade entry point. The distance between that point and the Head is often a reliable price target for the ensuing price move -- a bullish move, in the case of Prudential's stock: 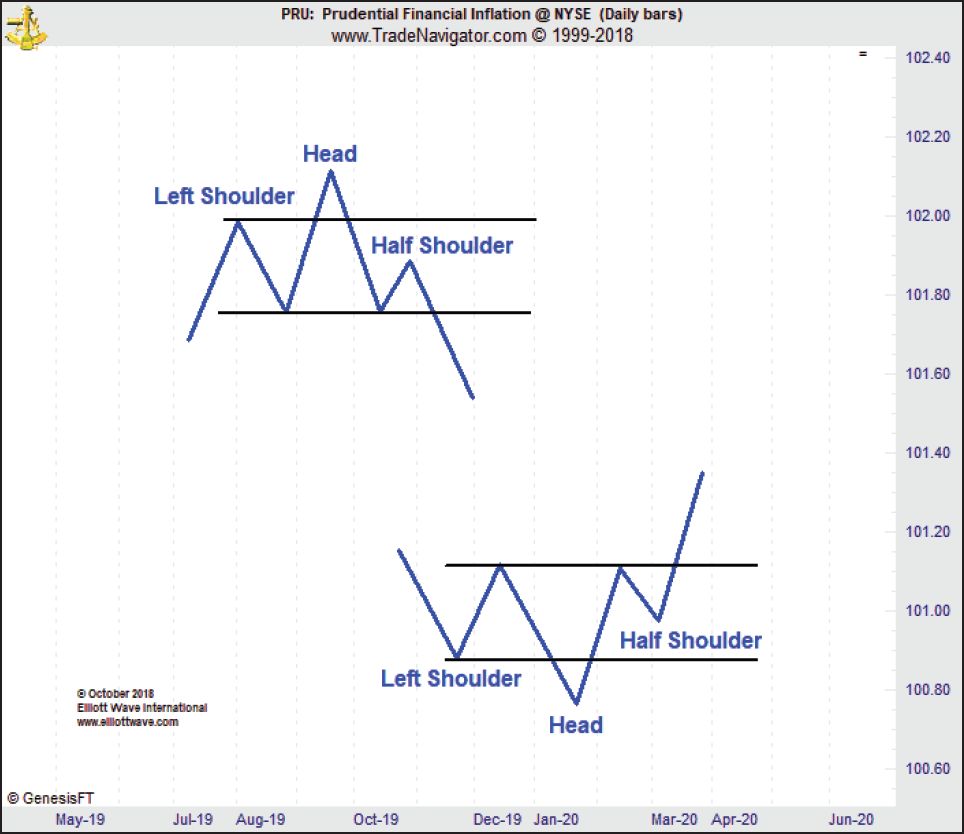 Jeffrey's Head & Shoulders knowledge was of great value in setting a bullish price target for PRU. Based on that and other technical market evidence, Todd decided to go long the stock -- live on video.

As most traders know, not all trades work out. However, this one did. Jeffrey and Todd reviewed how the trade worked out in a follow-up Sept. 20 video -- another highly instructive experience.

Watch both the Aug. 30 and Sept. 20 videos of Jeff and Todd setting up for that trade for free right now. It's a market setup you may see in your own markets -- a great opportunity to learn, and be prepared.