Learn why "the learning never stops"

Wayne Gorman is the head of our Educational Resources department. With more than 30 years of experience as a Wall Street risk manager and trader, he began his career at Citibank where he managed trading positions in money markets and derivatives. He traded full-time with his own capital for more than four years before joining Elliott Wave International.

In part 1 of this in-depth interview with Wayne Gorman, he tells you how he discovered the Wave Principle and explains why "the learning never stops." You can watch part 2 here.

[Editor's note: A text version of the interview is below.]

Alexandra Lienhard: I'm Alexandra Lienhard for ElliottWaveTV, and today I'm joined by Wayne Gorman. Now, Wayne, you're a Wall Street veteran, you've been using the Wave Principle since the '80s, and I know you have a really unique background, so I was hoping you could tell me a little bit about what you did prior to working for Elliott Wave International.

Wayne Gorman: Sure. First, it's great to be here and to talk to you. I started my career at Citibank. Initially in an analytical group, but very quickly, after one year, I started trading at Citibank, all different types of markets, different products. I traded foreign exchange in London for Citibank and traded various money markets and derivatives in New York.

A colleague of mine actually introduced me to technical analysis. He showed me this book, and I read the book and within that book -- it's called the Murphy Book, Technical Analysis of the Futures Markets by John Murphy. There was just one chapter on Elliott wave, but that was the one thing that captured my interest out of all the different types of technical analysis.

I traded on my own for four-and-a-half years, with my own capital, before I went to West Pac. By that time, this was like 1998 - 2002, I was so used to it [the Wave Principle], I didn't feel nervous at all about using it, I felt nervous about the risks I was taking!

Alexandra: With your own money?

Wayne: With my own money, because it wasn't the bank's money. But it felt like the back of my hand, at that point. I know 300% more about the Wave Principle today than I did when I was trading on my own. The learning never stops.

Alexandra: What would you tell your old self that you know now? You're saying you've learned 300% more, so if you could travel back in time and give yourself some advice, what would that be?

Wayne: Well, in general, without getting into too much detail, patience. You need a lot of patience. These price patterns that we look at and analyze, sometimes they take a long time to unfold. Many times you're so anxious to take a position, take risks, make money, you don't want to wait. And you will actually in your mind rationalize the pattern to its completion well before it's actually been completed because of that anxiousness. It's just a lot of discipline, patience.

Alexandra: Revisiting that lack of patience, is that the biggest mistake you see traders make?

Wayne: No. Not the biggest. I would say the biggest -- and I'm at fault at this, too -- what I see when I've coached customers, and even analysts too, is not sticking to the strategy. Many customers have the wave count down pat, and the trading strategy looks really good -- where they're going to enter, they have their stop in the right place. And I know this from seeing people who have come to me. And then the market starts to move -- and then all of a sudden, they don't stick to the game plan. They abandon. Maybe it goes against them a little bit, or they never got in near their stop, but they just have cold feet, I don't know what it is. I've been thinking about this for a while. I think what it is, what I was saying before, it takes a lot to extricate yourself from the old ways of thinking.

This one person, he told me, "Well, something came out on the news and I was afraid." I said, "No, no, you have to ignore all of that." If you're going to use it [the Wave Principle], you must ignore the news, ignore what anyone says. Otherwise, you're not going to stick to this, because it is such a different way of thinking.

Editor's note: You can watch part 2 of this in-depth interview with Wayne Gorman here. 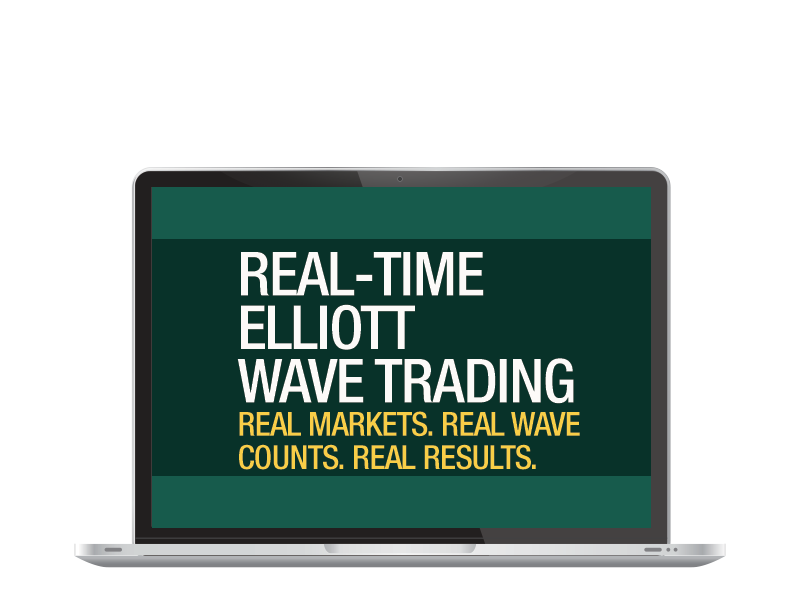 Learn to apply the Elliott wave method in real-market, real-time, real-money scenarios. This intensive course shows you how to enter, exit and manage your positions using Elliott wave.