EUR/USD: Why the Bulls Didn't See the Bear Market Coming in Time

I'm Nico Isaac and this is CHART OF THE DAY

This chart of the Euro/US Dollar (A.K.A. "Fiber") captures the 180-degree turnaround in the world's most heavily traded currency pair. Between April 2018 and April 2020, Fiber went from a three-year high -- to a dramatic sell-off that fell to 3-year lows. 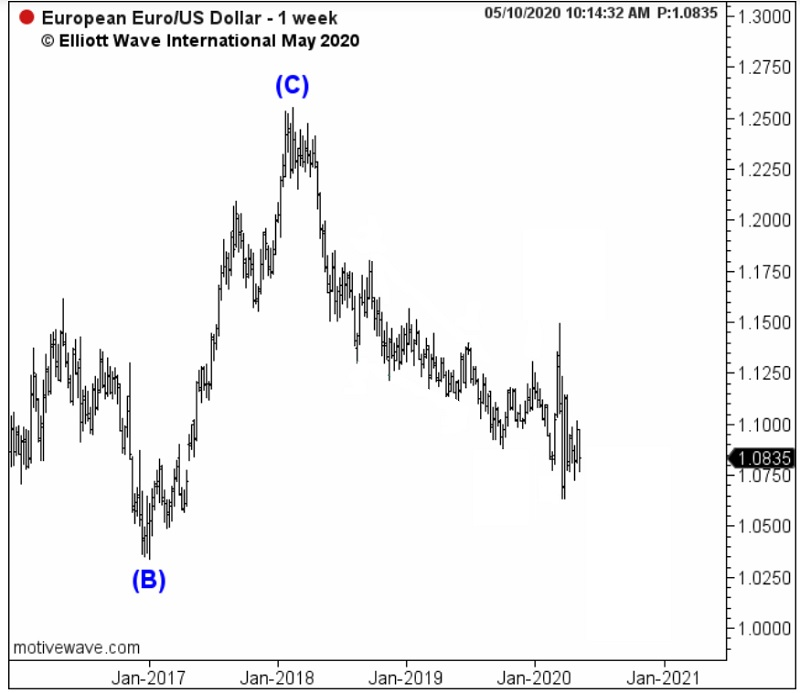 "Euro Can't Get Off its Back

The market has recently broken through the 1.09 level to show further weakness, and

it has simply been falling apart. Ultimately, this is a market that has broken apart..." END QUOTE

As for why the market broke apart, mainstream analysts insist: The reason is as plain as the Covid mask-covered faces of billions of people; namely, the euro went from bull to bear AFTER the worst global pandemic in a century plunged the economies of Europe into their worst recession since World War II.

Yet, the coronavirus was first detected in China in December of ... 2019; while the Euro/Dollar peaked almost two years earlier in February 2018.

At that time, in a pre-Covid world, the euro had rallied 21% from its January 2017 low, stood at a 3-year high against the buck, and sentiment was, as one January 24 2018 Financial Times put it, simply "EURO-Phoric"

Wrote one Bloomberg: "The Euro's Surprise May Just Be Getting Started"

The euro is on the move, due to positive fundamental and technical reasons. And there is likely still more upside ahead -- potentially a lot more."

Added another CNBC: "The Euro is Surging and Experts Believe It's Only Going to Stay that Way"

Put simply, there was no fundamental reason for the euro to turn down against the dollar.

There was, however, a technical reason for the trend change: namely, a bearish Elliott wave set up.

"The year-long impulsive advance is coming to an end. At least a correction of the rally from 1.0340 is due, which would lead to months of euro weakness." 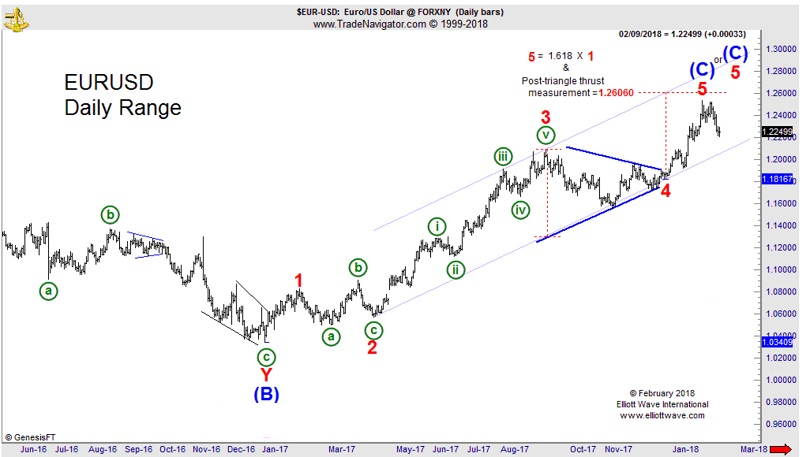 One month later, in the March 2018 Global Market Perspective, Jim published what he called a quote "stunningly bearish signal for the euro" in the form of this chart. It showed that the spread between Large Speculators and Commercials in euro futures contracts had widened to a historic record, with the Large Speculators making an epic leap of faith for further euro gains. 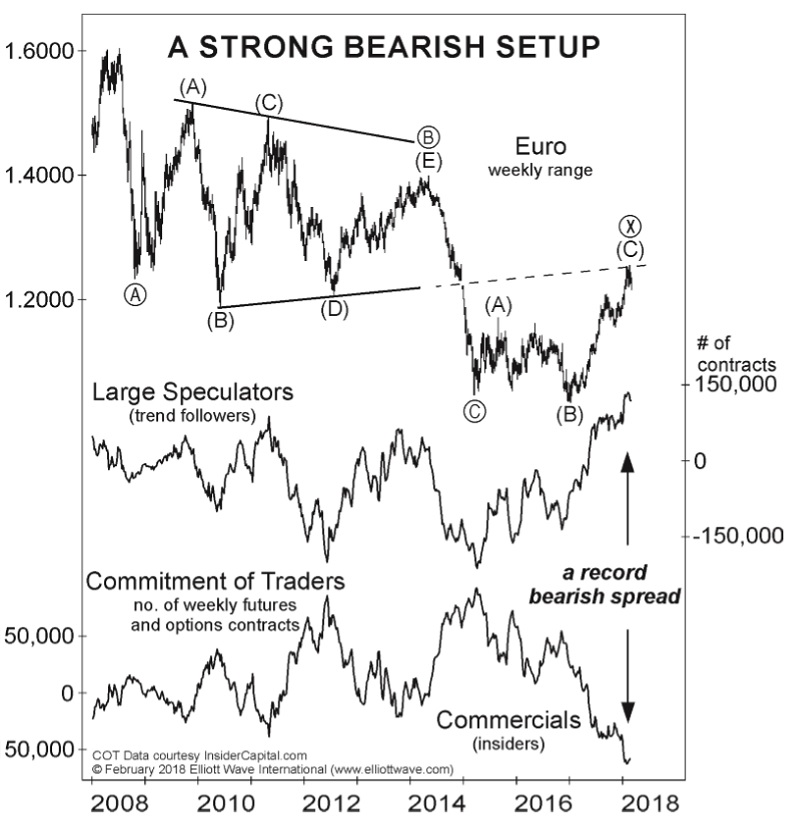 Jim's stance was foreboding: QUOTE "This is a bad bet in our opinion. The complete or nearly complete [move into] February 2018 indicates that the next euro move will be a significant decline." End Quote

that's exactly what happened: the euro spiraled in a bear market decline to the 3-year lows we see today.

Don't get lost in the fundamental skies. The place to look for high-confidence trade setups in the world's leading forex markets is our premier, Currency Pro Service.

See below for more.

You're just seen it for yourself: After the major high in the EURUSD, Currency Pro Service showed subscribers an unfolding pattern that meant "opportunity at hand."

Be prepared for the next opportunity. See below for your best option -- our up-to-the-second intraday analysis (and more) will be on your screen in moments.