This chart of the U.S. Dollar/Canadian Dollar exchange rate unfolds in two parts: First, the buck soars to its highest level against the loonie in four years in mid-March.

Second, whack! the trend turns and the U.S. dollar spirals to a three-month low against its Canadian cousin. 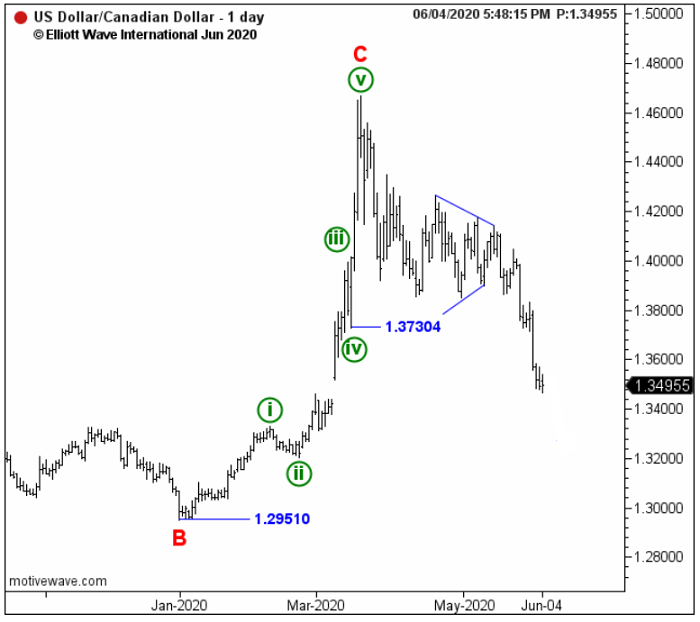 With the benefit of hindsight, we see that a trader would have done well to take a position HERE, at the mid-March peak -- BEFORE the big price turn.

Problem is, at that time, the mainstream experts insisted that the USDCAD trend would remain higher. According to their fundamental analysis, the Dollar was on Fire, and the "Downside seems limited".

-- such as the ongoing crash in oil prices, coronavirus fears, and unprecedented rate cuts by the Bank of Canada.

QUOTE "No Respite Seen For Loonie... Bad news for the Canadian dollar is piling up with strategists seeing no end in sight." END QUOTE

And yet -- on March 19th, "respite" is exactly what came to the loonie. The US dollar reversed its gains and embarked on a multi-month downtrend.

As for why the mainstream experts bet on the wrong side of the market's turn...

..."Bad news" is NOT what was driving the Canadian dollar. Investor psychology -- as reflected by Elliott wave patterns on the market's price chart -- was.

Let's back up to the March 20, 2020 Currency Pro Service, when chief analyst Jim Martens gave subscribers a longer-term perspective. He warned that the USDCAD's entire rise from the 2017 low at 1.2061 was ending. He showed a version of this chart and said quote:

"...wave C has traveled the same distance as wave A. That is a common relationship between these waves ... the next significant event might be a turn lower." END QUOTE 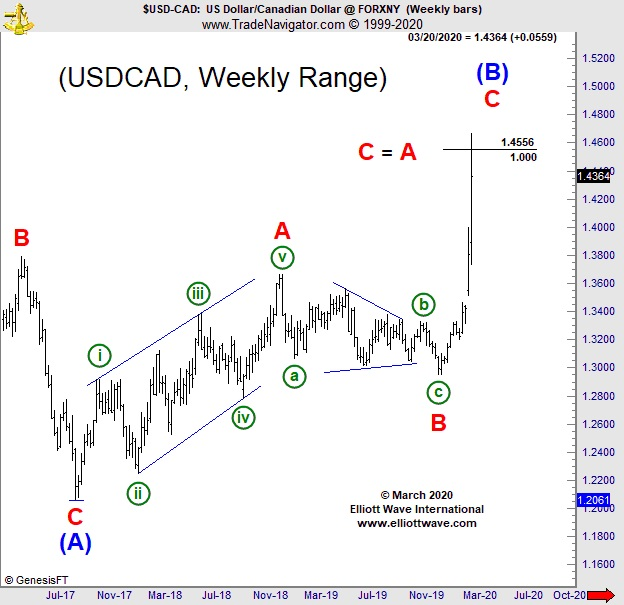 Back to our near-term chart, we see that the "next significant event" was indeed the initial turn lower that carried into mid-April.

Then, after several weeks of sideways action, the May 18 Currency Pro Service warned that a quote "sustained break of 1.3850" would signal that the USDCAD's downtrend was set to resume, on the way to the 1.3475 area. 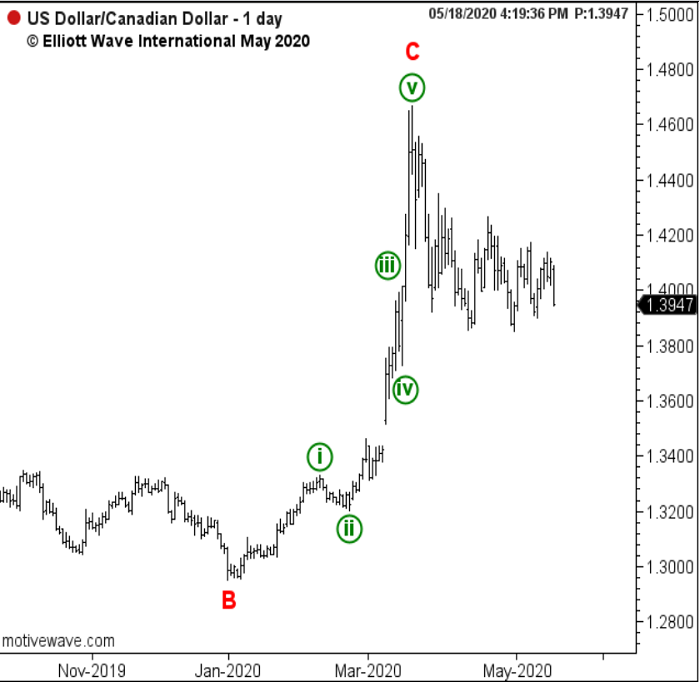 And, that's exactly what happened.

When it comes to navigating the volatile twists and turns in the world's leading forex markets, one service gives traders objective analysis of high-confidence set-ups. See below to learn more about our premier, Currency Pro Service.

Only A Clear Elliott Wave pattern ...

... Can tell a market's story before it happens. You just saw this unfold in the USDCAD cross rate.

Now, other clear patterns in currency markets can show you what's next. See them for yourself in Currency Pro Service, via the fast steps below.