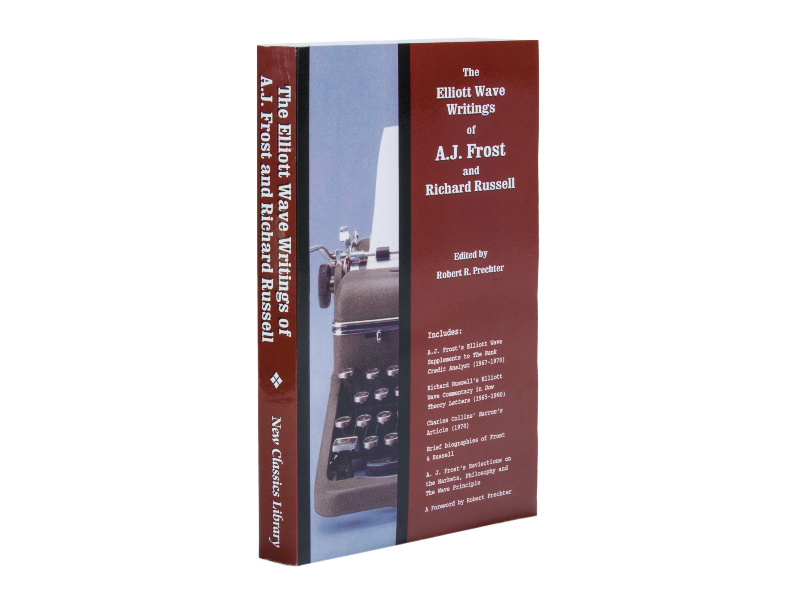 The Elliott Wave Writings of A.J. Frost and Richard Russell

With a foreword by Robert Prechter

Every word A.J. Frost and Richard Russell ever published on the Wave Principle is in this book, including one of the greatest market calls of all time.

A. J. Frost was A. Hamilton Bolton's successor as the reigning dean of the Wave Principle. Everything he ever published on the subject is in this book. In his 1967 and 1970 Elliott Wave supplements to The Bank Credit Analyst, Frost forecasts the ending level for the 1966-1974 bear markets in the Dow to the point and entertains us with two spirited Q&A's.

Also included is a 1968 supplement by Russell L. Hall, which was co-written by Frost, along with letters between Dr. Max Resnick and Charles J. Collins.

These reprints, compiled by Robert Prechter, along with those in our companion novel, The Complete Elliott Wave Writings of A. Hamilton Bolton, complete the presentation of the Bank Credit Analyst's entire Elliott wave output.

The incomparable Richard Russell of Dow Theory Letters, who conferred often with Frost, brilliantly blazed the market's trail in the 1970s. Every word Russell wrote about the Wave Principle is here too, including one of the greatest calls of all time: his recognition of the end of the bear market at the December 1974 low.

Ending our tome is a delightful section revealing some of A.J.'s more general thoughts on the Wave Principle and markets. It's the fun part so you can read it first or hold it for dessert. 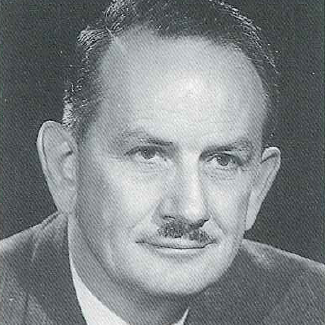 A.J. Frost, C.F.A., a graduate of Queen's University, Kingston, Ontario, started his career as a legal accountant. He achieved his objective on being admitted to the Ontario Institute of Chartered Accountants in 1934. In 1960, Mr. Frost became a partner of the A. Hamilton Bolton, who introduced him to the Elliott Wave Principle. After Bolton's death in 1967, Frost wrote two Elliott Wave Supplements for the firm of Bolton-Tremblay, the editors of the Bank Credit Analyst. In 1978, he co-authored the book, Elliott Wave Principle -- Key to Market Behavior, with Robert Prechter. 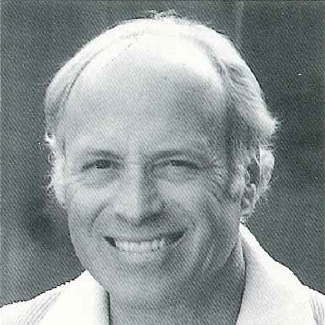 Richard Russell, a graduate of New York University and an Air Force bombardier in World War II, began writing Dow Theory Letters in 1958. Russell gained wide recognition through a series of 25 articles on Dow Theory and technical analysis that were published in Barron's from the late 1950s through the 1970s. Upon becoming intrigued with the Wave Principle, Russell met and then corresponded frequently with A. Hamilton Bolton and after Bolton's death, with A.J. Frost.