"Hey, what if we had an investment vehicle that would 'mimic' and let you trade a whole different market?" The first successful exchange-traded fund appeared in 1993: the S&P's SPDRs. "Spiders" became the world's largest ETF. Today, there are hundreds of ETFs. The good news is, you can forecast them with Elliott waves just like you would forecast the market they "mimic." These free resources show you how. 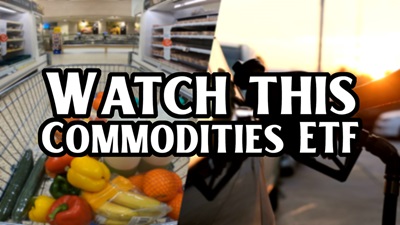 Food and Gas Prices: Is the Rising Trend (Finally) Ending?

When will the prices of food and fuel finally stop rising? That's the question that's being asked around the globe. Keep an eye on the Elliott wave structure of this key commodity exchange-traded fund for insights.

The New “Social Movement” Surrounding Cryptos – and What It May Mean

Commodities: Is This ETF the Way to Go?

How to Set and Manage Stops with the Wave Principle

EWI's Jim Martens and Jeffrey Kennedy show you how to use the Wave Principle to set and manage your protective stops to control risk, protect your gains and trade with confidence.